Microsoft on Tuesday said it has submerged a self-sufficient experimental data center off the coast of the northernmost tip of Scotland.

The underwater datacenter is part of Project Natick which the tech giant started developing in 2014 to save money on data center cooling facilities. Microsoft said it sank the supposedly energy efficient data center which could provide internet connectivity for years into the sea last Friday. It noted that the server is now online and performing several computing tasks which it did not specify. Microsoft said it will monitor the experimental data center for the next 12 months to see if the device would comply with the theories its research team proposed four years. 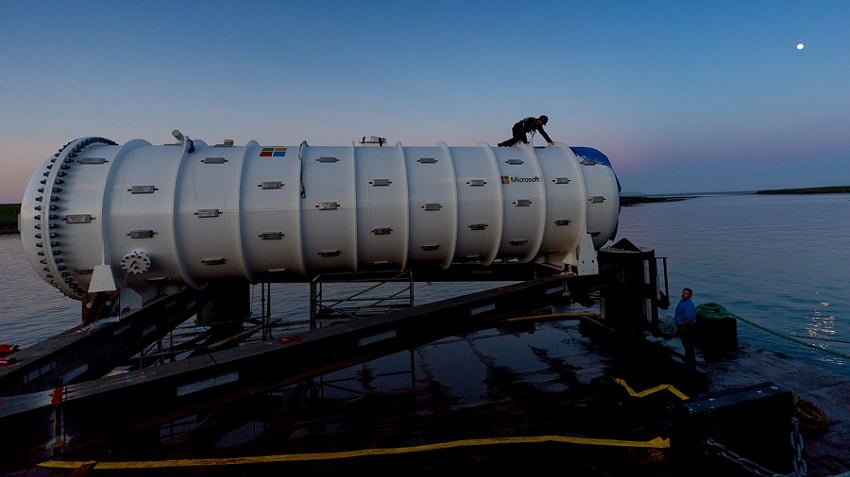 This is not the first time that Microsoft is testing energy efficient data center prototype. In 2015, the company deployed its first ever underwater datacenter – a steel capsule with a diameter of about eight foot – off the central California coast. Microsoft engineers said the submarine server performed more than it was expected after running for 105 days. The Northern Isle submarine server is marking the second phase of Project Natick.

Controlling the heat generated by racks of servers which store and process digital lives in the world is a major challenge in the internet technology. This results in high air conditioning bills which is the only way to keep data centers cool. But that’s not economical. And Microsoft is ready to take “relevant moonshots” to reduce the running cost of data centers. Other tech companies such as Google and Facebook have resorted to building servers in colder countries as a means of cutting air conditioning bills. 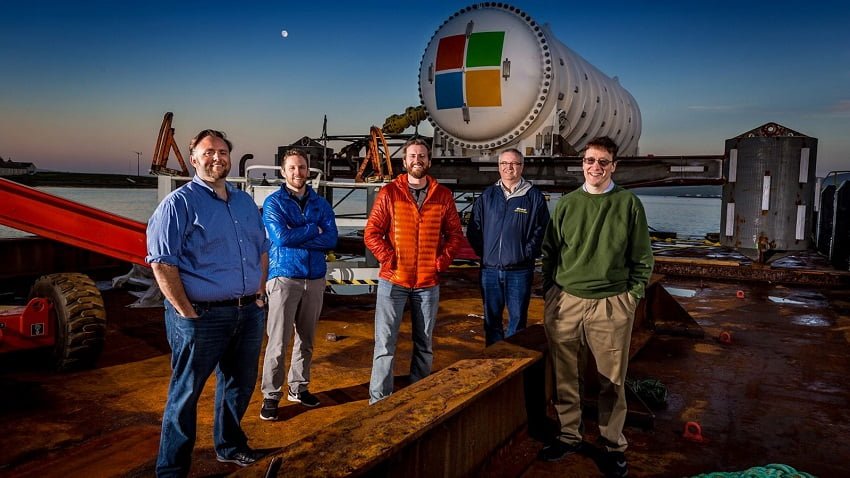 Microsoft and Facebook which operate extremely large data centers are exposed to spending a lot of money in cooling facilities, which should run very hot as a result of a large number of gears and servers powering a huge portion of the internet.

According to a statement from Microsoft, its first underwater datacenter was to ascertain the possibility of operating a data center at the ocean floor, while the second test is in view of learning if the “concept is logically, environmentally and economically practical.”

Project Natick’s submarine server facility is about 40-feet in length, with the shape of a cylinder-like cargo container usually seen on shipping vessels. This is a lot smaller than the conventional data centers that can cover the enter distance of a football field, some 300-feet.

Microsoft plans to deploy similar self-sufficient datacenters off the coast of major cities if the Northern Isles submarine server test goes well. That will be from next year after the monitoring is completed by next year and the result reviewed. The deployed datacenter contains 864 servers and 12 server racks.

The project would still take some time before it can become reliably scalable, according to Microsoft. The Northern Isle submarine server which is powered by renewable energy – no fossil fuel is required, was designed focusing on two major factors: the movement of seawater and the techniques used in maintaining submarine climate.

Microsoft will reportedly release webcams for Xbox and Windows in 2019