Sports and games are a pretty clairvoyant location for virtual and augmented reality. Already, we watch them with a swarm of replays, commentary, and numerical overlays. 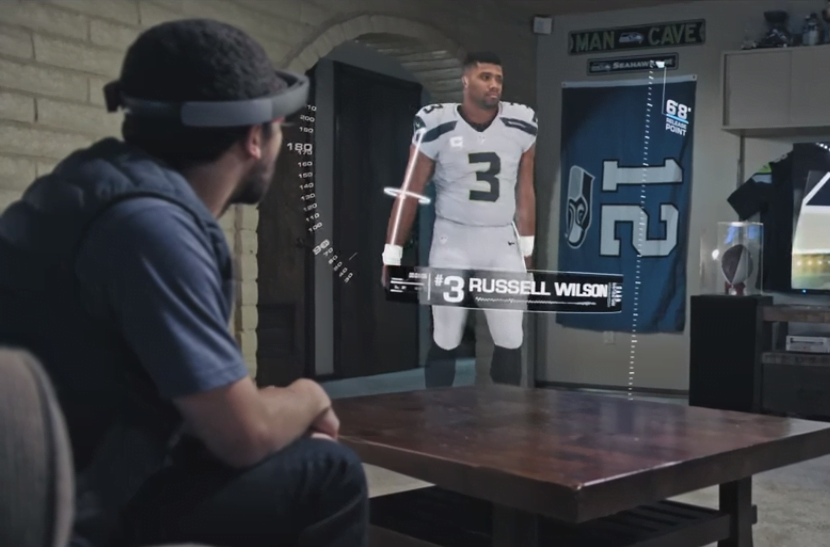 Imagine if the game traveled beyond our TV screens, and instead, we could watch it from every angle possible in a 3D hologram. A mere fantasy? No, not anymore, as Microsoft HoloLens technology unveiled a teaser of how this whole experience would look like.

For the ones trying to turn the Super Bowl Party 2016 like never before with a whole new set of mind-boggling experiences, this is just another reason to celebrate with the latest breed of technology- the augmented reality.

As enthusiasts break out the craft beers, nachos, and the latest 4K TVs to throw the Super Bowl party- a memorable one for their friends, if we might add, then Microsoft HoloLens has just offered them a vision of what a party powered by augmented reality would look like.

The NFL Super Bowl has traveled a long route, which starts from grainy monochrome broadcasts to an ultra-HD viewing experience that features live-in-action games and instant replays from every plausible angle. Microsoft introducing its augmented reality concept- Microsoft HoloLens is a perfect icing on the top of a chocolate cake.

The primary concept of the video highlights the use of 360-degree augmented video. A person is seen looking at the television screen, but the off-screen area is projected onto the house walls, theoretically allowing you to turn around and have a look at the entire stadium. The vision is simply mind-blowing, but a question, which keeps on nagging is, why you would need a TV in the first place if all you could do is project the picture in AR?

On a similar note, the second concept highlights the use of gesture controls in order to bring up an AR model scale of the football stadium for viewing replays. In the video, people can be noticed bringing stats and analytics about the Super Bowl players, as well as observing the weather conditions.

Microsoft HoloLens videos have a potential to oversell what its pictures look like in reality, but almost all uses are theoretically attainable. For instance, the field view can accommodate a coffee table, medium-sized, from a logical distance. It turns out a little difficult to purchase a video screen of the entire wall-size, but it majorly depends on viewers that how much amount of space they can place between the wall and themselves. 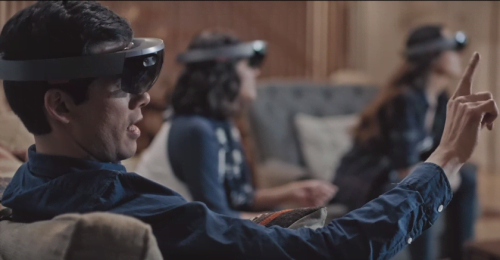 Another thing is whether the software giant can manage to make the use of HoloLens AR Headset look anything but torturously awkward during the Super Bowl Party. Although, it is a compact device with an insane amount of technology packed into it, but still, it is the bulkiest pair of glasses, which people would doubt wearing, especially when it comes to cheering and dancing while watching the game.

Then there is this whole new subject of etiquette. How can you deal when only a few of your guests are provided with headsets or have one of their own leaving the rest bare-handed? Because let’s face it, the latest piece of technology is not going to be economy-friendly for everyone sitting in the room where your Super Bowl party is ongoing.

Microsoft will start releasing the HoloLens prototype kits for developers who are going to apply for one. As a privilege, the developers have to pay $3,000 per unit, which admittedly is a ridiculously high amount of money.