Microsoft has introduced a pink Surface Laptop 2 exclusively developed for Chinese consumers. The device, which is Bluish, was unveiled by Surface chief Panos Panay in Beijing today. Panay said that the color variant will only be sold in China. Microsoft had earlier this month introduced the Surface Laptop 2, which will be available worldwide in a black finish.

The Surface Laptop 2, which will be 85% faster than its predecessor due to a massive RAM upgrade for the base and the use of 8th Gen Intel processors, will be on sale October 16th. The design is basically identical to the previous model Surface Laptop, with USB-C ports reportedly not going to be included.

Microsoft succeeded in correcting the major challenge in the original Surface Laptop – low RAM by introducing a jump from 4GB to 8GB. Not much has changed. The device is still coming with a 13.5-inch display (2256 x 1504 resolution), and an estimated battery life of 14.5 hours for nonstop video playback, according to Microsoft. Storage still varies from 128GB (for the base variant) to 1TB. We still get a single USB 3.0 and Mini Display. 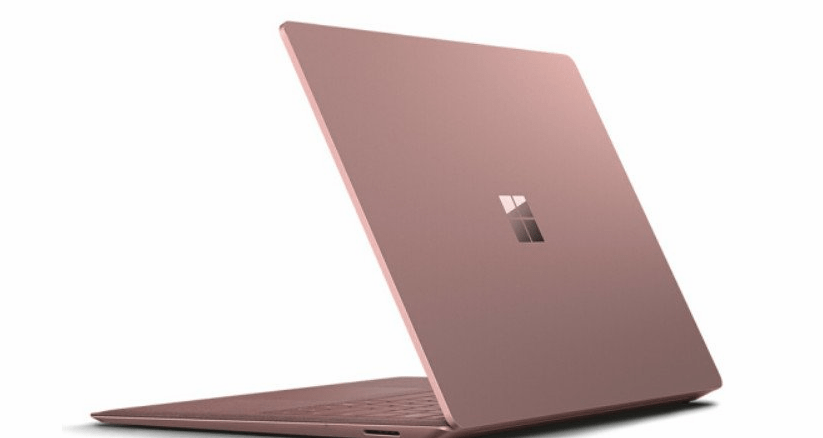 Microsoft announced the original model in 2017, and the device’s style, size balance, and power attracted a lot of fans, making it a surprise favorite. But features like the 4GB of RAM for its base variant and the lack of USB-C ports became its major shortcomings. One of the complaints have been addressed by Microsoft however, but fans will still rely on Surface Connector for docking and charging considering the latter issue still remains there. Replacing an existing Surface Laptop would be ideal but the USB type C will remain a miss.

Microsoft Surface Laptop is still one of the best laptops available now, though this new model is facing some competition. Huawei’s ultra-thin bezel model which has lots of ports/power and a light design has claimed the title, though the device starts at $1,500, which is considerably high compare to Microsoft’s Surface Laptop 2 price starting at $999.