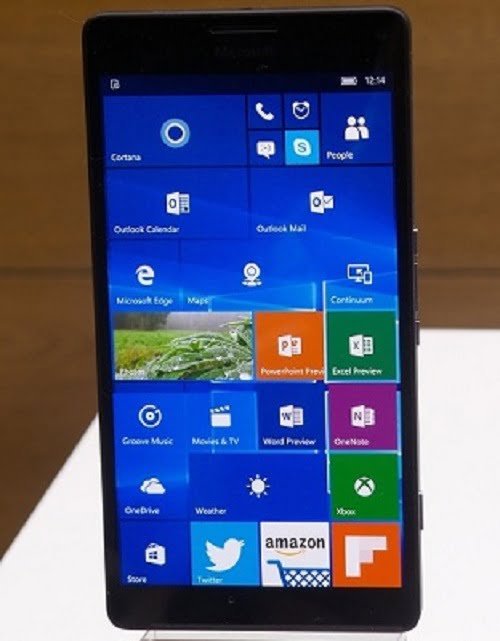 Microsoft has a lot of hopes from Lumia 950. It’s the first Smartphone Microsoft will release with Windows 10 OS and without Nokia brand. The firm really looks forward to people with software on their PC opt for a phone that will support the Operating System. Microsoft needs to prove that unlike Windows 7 and 8, Windows 10 Mobile has the features to compete against iOS and Android. Android and iOS together account for 98% of global smartphone market. Let us see if Microsoft will be able to enter the race with its Lumia 950. Here are some Lumia 950 reviews.
Lumia 950 is a polycarbonate slab, having flat sides and curved corners. It is available in only two colors- black and white. The design of this phone fails to impress, except the screen. The screen is really jaw-dropping with Gorilla Glass 4 coating. Let’s have a look at Lumia 950 specs:

Some of the attracting Lumia 950 features include Windows Hello and Continuum support. Windows Hello is a biometric authentication, recognizing you by your face or your fingerprint. While, with Continuum you can choose to use keyboard and mouse whenever you require. These features make this device better in terms of security and convenience.
Finally coming to the Pros and Cons part of Lumia 950 reviews,

Cons:
1. Not worth the price.
2. Limited app offerings.
3. Design is not that attractive.

Concluding the Lumia 950 review, I would suggest, if you are a Windows fan and have been using Windows operated smartphones since long, you should give Windows 10 a try. But if not, get an iOS or Android based smartphone instead.

Microsoft 365: A Compact Solution for your IT Needs