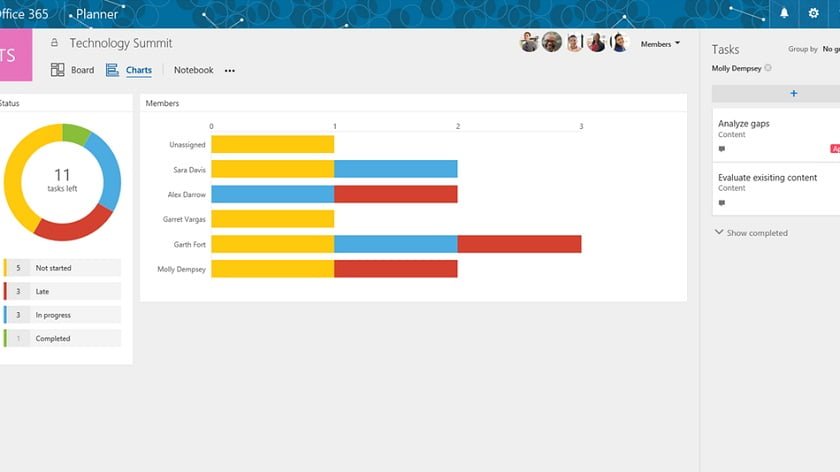 The Microsoft Planner app was announced on the company’s blog. Similar to apps such as Asana and Trello, the tool focuses on helping users with project management, whether it’s for business, school or non-profit organization. The benefit here is that it will instantly become available to many companies and teams that have already adopted Microsoft’s popular Office 365 suite.

The app uses digital whiteboard format, making use of notecards where users can create new plans, track projects, communicate progress, assign tasks and share files. It can also integrate with other Microsoft products like OneNote and Outlook. Similar to all Office 365 apps, the cloud-based app is accessible from desktops, phones, and tablets. They are quite convenient, sleek, and help keep workers on track with their day-to-day tasks and projects.

However, Microsoft Planner, unlike its competitors does not have native mobile apps and users are required to log in to the service through their browser, and rely on email notifications to know when they have been assigned a new task.

The Redmond Washington company says that it has been working with a number of Office 365 customers to help develop and enhance the offering since launching a preview version of the tool last September. The company claims that most users have already experienced significant benefits from using the tool.

According to the company, the tool will be made available worldwide with a full rollout to be completed in the next few weeks to all eligible Office 365 customers, including those on Enterprise E1-E5, Business Essentials, Premium, and Education plans. Also, there will be no action required by the user to enable the feature, which will automatically appear in the Office 365 app launcher as soon as it’s available for them.

Microsoft says that it will continue to include more features to the tool in the coming months. The company said it’s working on apps for Android, iOS and Windows, including reusable plan templates, external user access, ability to assign a task to several users and customizable boards.

Though the new tool has been quite popular in its early stages, only time will tell how it fares with the public. It has actually come at a peak time in the industry, with the increase of remote and independent workers, project management apps have actually soared in popularity.