Microsoft Surface Book 2 is not only bigger but also better

The market offers a wide array of tablets with high-end features. Tablets are considered to be a threat to the sale of laptops due to its portability and the convenience it offers to the user. Despite its plus points, it cannot replace laptops. Taking into consideration the rising level of competition, laptop manufacturers have come up with a hybrid genre. In this, the screen of the laptop can be detached and used as a tablet as well. The latest flagship model of such a device is out in the market and is known as the Microsoft Surface Book 2. We finally got our hands on it after a two-year long wait.

The company is promoting this laptop stating its computing power along with a fantastic battery life.

It won’t be wrong to say that despite the cut-throat competition in the tech market, the Surface range by Microsoft has been doing considerably well. This is why there are similar expectations from the Microsoft Surface Book 2. And this convertible laptop has lived up to its name to quite an extent. Being a Microsoft product, it goes without saying that the processing system of this laptop will be updated and as efficient as it can be. The company is promoting this laptop stating its computing power along with a fantastic battery life.

Let’s first talk about the feature which catches the eye, the external appearance of this convertible laptop. Keeping up with the trend of this range, this laptop comes in the 13-inch size. Apart from this, it is also available in the 15-inch version. Despite its tremendous size, it is comparatively light to carry. This laptop weighs over four pounds and is sleek enough to take it everywhere. It comes with a better graphics hardware which will make you marvel at the picture quality. 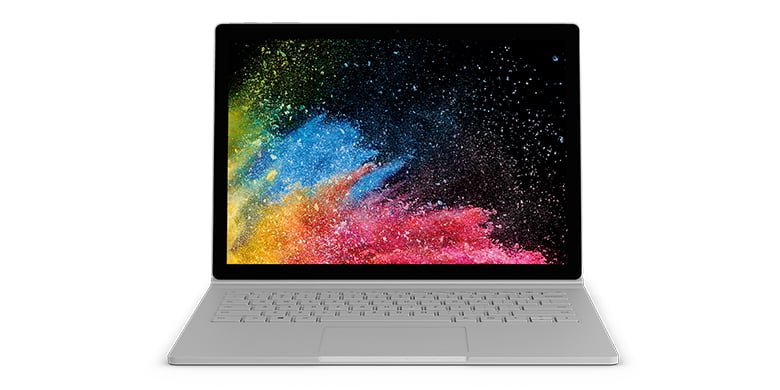 It comes with a better graphics hardware which will make you marvel at the picture quality.

The Microsoft Surface Book 2 has a detachable screen which has a new locking system with the laptop as compared to the earlier model. The keyboard dock maintains the convenience which one would expect in a laptop. The CPU, as well as the battery, are segregated in half, one part present in the keyboard while the other in the detachable screen. Also, the screen comes with a back camera to complete the effect of a tablet. There is a stylus attached to this tablet to make the most of the Mixed Reality Viewer app. It also comes with a 3D Paint program. The tablet has a 5-megapixel front camera and an 8-megapixel rear one. You can own this convertible laptop at the cost of $1,499.