Surface Go2 is a versatile laptop that gives good performance for students and professionals and one can use it for entertainment purposes.

Surface Go 2 Review: Is the laptop a worthy competitor to the similar priced iPad Air? We find out. 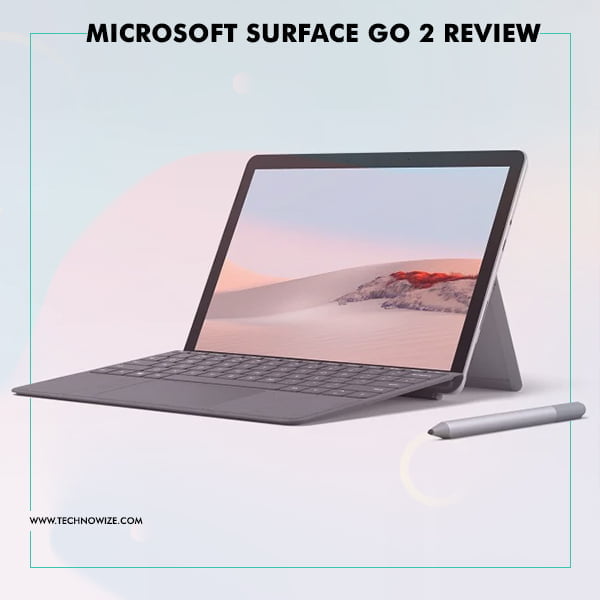 The Surface Go 2 comes with either an Intel Pentium Gold 4425Y or an eighth-generation Core m3 processor, which Microsoft says is 64% faster than the previous version. The Surface Go 2 lasts over five hours between charges at 50% brightness and recommended battery mode. This is with heavy usage.

You can stream videos closer to eight hours if you are just doing that. It takes more than 2 hours to fully charge and reaches the halfway mark at around 1 hour, using the 45W power adaptor speeds up the process. The tablet can also be charged via USB-C with any USB-PD charger.

The company operates trade-in and recycling schemes for old machines. Some of its components are modular and not repairable and it has been given a repairable score of 3 out of 10 by iFixit.

The Surface Go 2 comes with Windows 10 Home in S mode, which restricts the installation of apps from other app stores. You can turn off the S mode and is easy to do, but then it cannot be reversed.

The 10.5 screen facilitates split screen and one can do almost any amount of tasks from browsing to video streaming to spreadsheet work most comfortably. It comes with good speakers, which makes video watching easier. It has dual studio mics and 2-watt stereo speakers with Dolby Audio.

The Microsoft Store apps are vast and one can choose from many, including the Netflix app. It allows off-line downloads too.

The Surface Go 2 comes with the latest and best Type Cover keyboard, which costs £100 or £125, depending on the material. The Surface Go 2 also supports the Surface Pen stylus, with magnets to stick it to the left side of the tablet, and the Surface Dial for off-screen interactions.

The Surface Go Type Cover $99.99 or $129.99 depending on color and material. The Surface Go 2 won’t win any awards for speed, but it will handle most things smoothly. Pros: slim, light, great screen, great kickstand, good speakers, USB-C, great keyboard.

The Surface Pro is a good buy for students now working online and needing to do a lot of document and research work with some entertainment thrown in. But for people who want some serious editing and video processing or for any creative work, then this is not the laptop for them. It loads a little slow on heavy files, and the options for third-party apps are limited.