Microsoft Corporation released a promotional video of Microsoft Surface Hub 2 today. The new interface of Microsoft, Surface Hub 2 is the next-generation tool for a collaborative workspace. Microsoft, a pioneer in digital whiteboard segment, aspires to make Microsoft Surface Hub 2 the go-to device in the future workplace that emphasizes on productivity and creativity through team collaboration. It is on the verge of creating a new culture of interaction during large-scale conferencing as well as in-house meetings.

As shown in the two-minute video, the successor of Microsoft Surface Hub offers two additional and useful features on the latest digital whiteboard. Firstly, Microsoft Surface Hub 2 can twist (literally) and fit in any space. The previously available landscape screen can now be rotated entirely and transformed into a portrait screen. Thus, a team member will be able to see the full-length person speaking on the other side of the display. 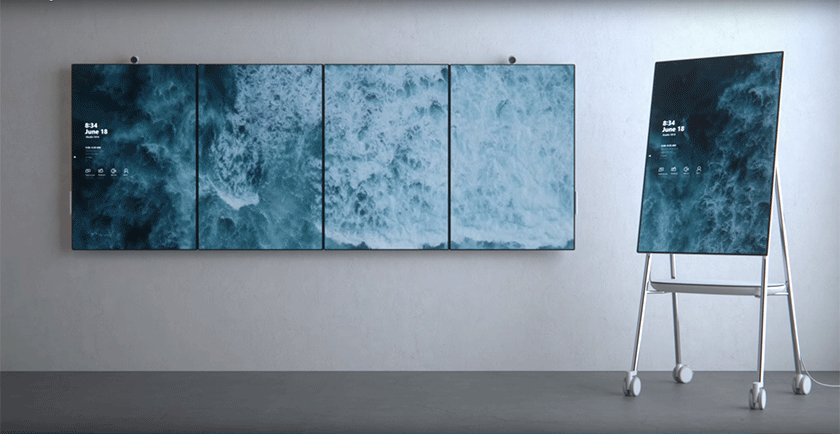 Secondly, one can tile up four Surface Hub 2sin portrait or landscape mode which allows a team member to walk from the start of one idea to the finished product simultaneously. Within Tiling, the team can boost their creativity and performance via to working simultaneously across Microsoft Whiteboard, PowerBI, PowerPoint, and a full view video call. This collaboration feature is further enhanced with multi-user sign-in one go and access to content on the cloud. 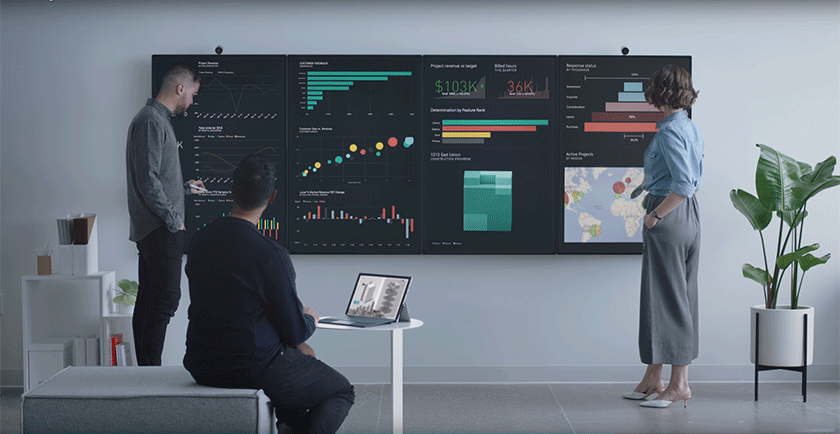 Microsoft has given an appealing design to Surface Hub 2 that pulls one to move over the digital whiteboard and ideate, irrespective of the location. The new Surface Hub will have a smaller screen size, that is, 50.5-inch multi-touch display compared to its predecessor’s 55-inch and 84-inch display options. Exploring the power of Microsoft Teams, Microsoft Whiteboard, Office 365, Windows 10 and the intelligent cloud, Microsoft Surface Hub 2 has a resolution of over 4K and 3:2 aspect ratio. Contrastingly, the products of this mega size generally have an aspect ratio of 16:9.

Earlier, Microsoft partnered with Steelcase to design a system of rolling stands and easy-to-use mount to support Surface Hub 2. The new accessory converts Surface Hub 2 into a genuine mobile gadget for workspace collaboration. 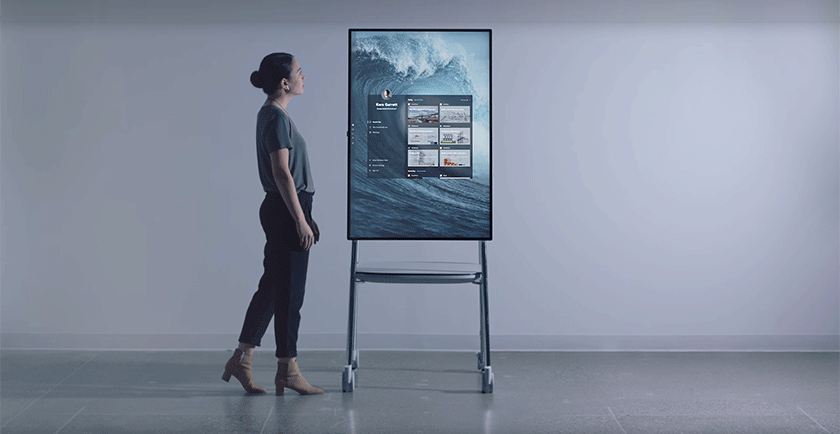 Panos Panay, Microsoft’s Chief Product Officer informed that the company has already sold over 5000 units of Microsoft Surface Hub across 25 markets worldwide. Correspondingly, over half of Fortune 100 companies use Microsoft’s digital whiteboard to improve team collaboration and its efficiency. Surface Hub allows people, located in multiple locations, to merge their ideas with teammates in the real-time, similar to a conventional in-room meeting.

The official website mentions that corporate using Surface Hub may achieve a 138% ROI, 20 percent improved sales and save 15-23 minutes per meeting. The results are based on a study by Forrester Total Economic Impact.

Microsoft has not announced the release date or price point for Surface Hub 2. However, it will begin the pilot test of the new digital whiteboard this year with corporate customers. Eventually, Surface Hub 2 will make entry into the market in 2019.