Microsoft has spent this week teasing people with a series of tweets that are so confusing that you would probably feel like you are watching an episode of Stranger Things season 3.

On July 1st, Microsoft began by announcing an updated Windows 1.0 version. The tweet said, “Introducing the all-new Windows 1.0, with MS-Dos Executive, Clock, and more.” Considering that Windows 1.0 is decades old and is the first Windows version, the tweet managed to create intrigue among followers. Comments came flooding in – Super Mario gifs to references that only the oldest of the millennials would understand, the tweet brought entertainment nonetheless. Many also speculated that Microsoft could be creating an open-source version of the Windows 1.0.

It soon became clear that Microsoft was up to something more than just a walk down memory lane. As many people had guessed, the tweets were indeed a reference to Stranger things season 3 which debuted on Netflix on July 4th. 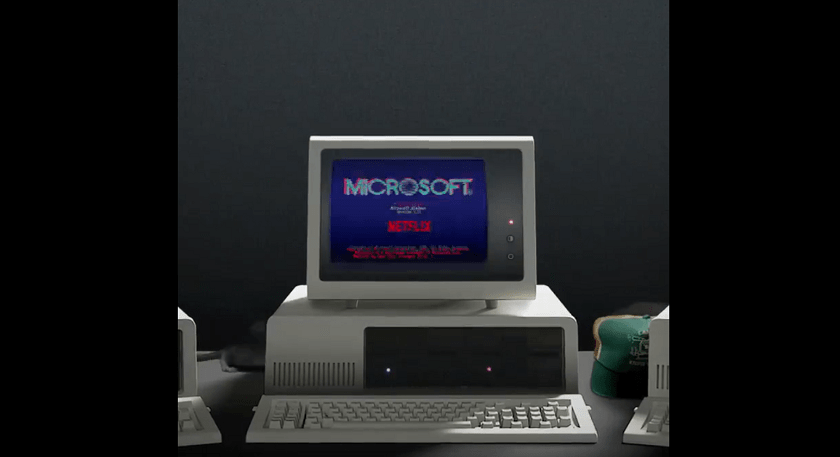 The tweet with the image said, “With Excel, Chart, and even Flight Simulator, there’s no telling where Microsoft and the power of Windows will take you this summer.” Since the first two episodes of season 3 of Stranger Things have made it very obvious that it’s the summer holidays in Hawkins, the reference is now a blatant promotion.

Our interest was piqued on July 5th when Microsoft tweeted another video. The video showcased an old-fashioned desktop computer flashing the Netflix logo on its screen. The intriguing part was the Morse code at the end of the tweet which when decoded read “July 8th”. We don’t know what will happen on July 8th, but Netflix and Microsoft have all our attention.