Microsoft’s streaming device will be similar to the Amazon Fire TV Stick and the Roku Stick.

Microsoft Corp. plans to release a cloud-streaming device by summer 2023. The Redmond-based company is also in talks with Samsung to add the Xbox Game Pass streaming app to internet-connected TVs. It also plans to launch a new device, a.k.a. the “Microsoft Streaming Device,” that will allow gamers to stream games directly to their televisions. This will be the company’s first significant breakthrough in the gaming industry.

Microsoft’s streaming device will be similar to the Amazon Fire TV Stick and the Roku Stick. The device will allow you to access movies and TV series and has the potential to be an ideal platform for entertainment. When it comes to the key selling points, the attention is on Xbox game streaming and the Xbox library, which has many popular titles. These titles are playable via the cloud, and there is no need for additional hardware. This fix is already available to all of the subscribers on the Ultimate tier.

The Microsoft streaming device will be a part of the Xbox Everywhere initiative. The list of cloud gaming options is extensive, and the games are also available for iOS. Because of a disagreement and misunderstanding with Epic Games, Apple withdrew the Fortnite game from the App Store. However, Fortnite will be available on iOS as part of the Xbox Everywhere initiative. 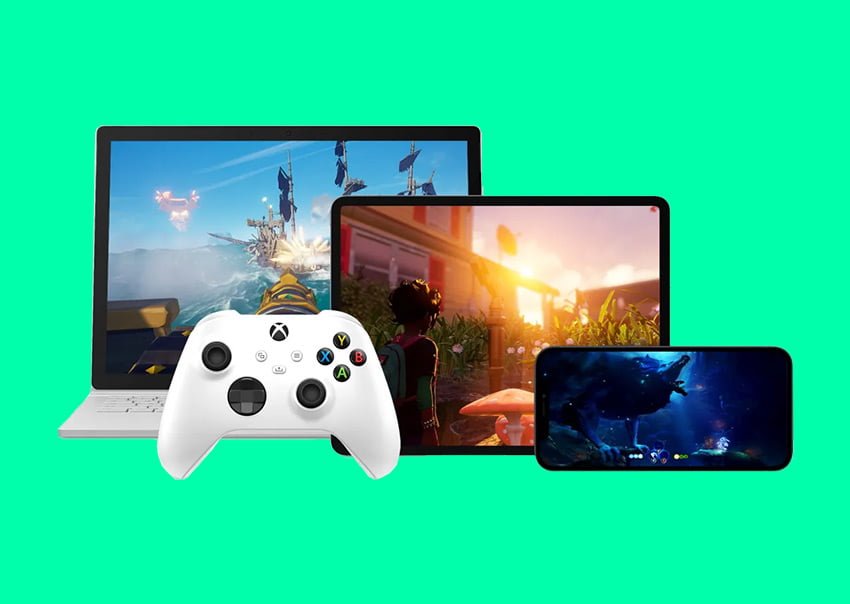 You can now play Fortnite on Microsoft’s cloud gaming platform, and it can be streamed everywhere and anytime for free. This is the way to bring the Xbox to every user and allow the players to enjoy the Xbox games for free.

With cloud gaming Android solutions, you can play a variety of games and enjoy the current game list. You can check out the Xbox cloud gaming platform and play your favorite games on your Android phone or tablet.

The Xbox Cloud Gaming streaming gadget will be presented as a streaming stick. This stick will be similar to Amazon’s Fire TV Sticks and will continue to be a wonderful gadget for streaming games and other entertaining stuff. The Game Pass library will include games, television shows, and movies.

Microsoft is also working closely with Samsung on the development of the television app. This will be a streaming app that allows you to view the most popular TV shows and explore all the features of a good TV streaming service.

The goal of this initiative is to get people interested in Microsoft’s gaming universe. This is more crucial than marketing certain devices to users. This Xbox strategy was carefully planned, with the primary goal of providing customers with the ability to access the Game Pass whenever they wanted to play a game.

There were rumors that Xbox tried to bring Game Pass to PlayStation 5 and Nintendo Switch, but Xbox officials claimed that they would not take this step. The full Xbox experience would not be possible on these devices, the official claims. This means that the Xbox will remain a solo player in this game.

Microsoft is Expected to Release a Cloud-Streaming Device Next Year