IN BRIEF: Microsoft is reportedly launching the all-in-one Surface PC at its hardware event in October. The Surface AIO PC (née Cardinal) which runs on Windows 10, can turn your desk into a full-fledged ‘studio’. The Surface-branded device will come in three different screen sizes: 21-inch, 24-inch, and 27-inch. 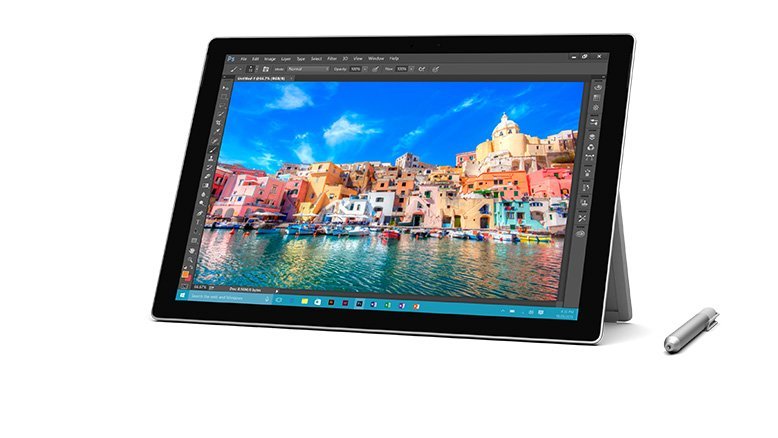 The all-in-one Surface PC is the consumer version of the Surface Hub, which Microsoft showcased earlier. It is a multi-touch collaborative device that uses Perceptive Pixel Screen Technology.

The Redmond company submitted a patent for an all-in-one modular PC in 2015. The Surface-branded device is the manifestation of the patent. The all-in-one Surface PC will run on new Intel Kaby Lake processors. It will amalgamate a display with high-end hardware into one single device designed to moonlight as a premium furniture.

According to analyst group IDC, the all-in-one PC devices would continue to grow in the face of the declining PC market. For the same amount you would spend on a midrange to high-end laptop, you can get an AIO PC.

Additionally, at the hardware event in New York this October, Microsoft will also endorse a couple of OEM devices. It might also announce a polished Surface Tablet with newer and faster processors along with a slew of feature updates.

Sadly, the Surface Book 2 and the Surface Pro 5 will not be unveiled until spring 2017. Even worse, the highly anticipated Surface Phone will take much longer before it is revealed. Continuing the pattern, the Atom-based Surface 3 won’t get an update this year either. Similarly, major software updates to Windows 10 have been scheduled for 2017.

At its annual October 6 event last year, Microsoft unveiled the Surface Book, Surface Pro 4, Microsoft Band 2.0 and the Lumia 950 and 950 XL smartphones. This year’s launch will also bring Project Rio codenamed for Microsoft’s game-streaming service. Apparently, this comes from the hardware launch day name, which is “Project Rio”. According to industry sources, the Microsoft Surface AIO launch date is going to be October 26, 2017.

Microsoft will reportedly launch a Surface Studio monitor in 2020