Microsoft unexpectedly made its presence felt at Electronic Entertainment Expo, E3 press conference on this Sunday afternoon. The Xbox One console inventor determines to amplify its exclusive first-party video games content line-up. Remaining true to its style, the company announced the acquisition of four independent high-profile game studios. In addition, it is building a completely new studio. It also announced a fresh version of gaming portfolio that will debut on Xbox One really soon.

Ninja Theory, Undead Labs, Compulsion Games and Playground are the new members of Microsoft Studio family. All these game studios have been associated with Microsoft Studio for quite a long time. Besides this, the Redmond-based company has also designed its own gaming studio – The Initiative at Santa Monica. Take a brief look at each acquired game studio.

The UK-based Ninja Theory embarked its journey with Microsoft back in the early days of Xbox. It then developed Kung-Fu Chaos. Last year, it developed a critically acclaimed title for Microsoft Studio, Hellblade: Senua’s Sacrifice. Meanwhile, Ninja Theory also launched DmC: Devil May Cry, Enslaved: Odyssey to the West and the PS3 exclusive Heavenly Sword on Xbox One.

“This acquisition signals Microsoft’s and Undead Labs’ commitment to growing the ‘State of Decay’ franchise and continuing to deliver the ultimate zombie survival experiences for fans, both those new to the franchise and those already dedicated to the community,” said the Seattle-based Undead Labs studio head Jeff Strain. 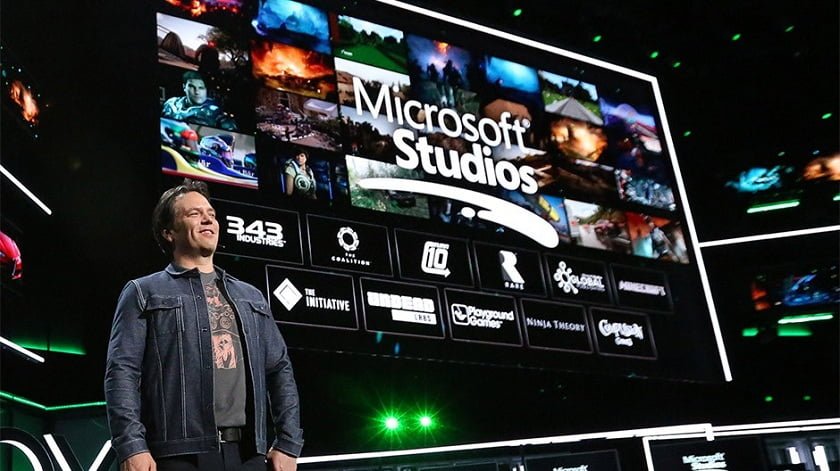 Microsoft previewed a new trailer of We Happy Few at the E3 press conference. Developed by the Canadian-based Compulsion Games, the game is scheduled to release this August for Xbox One and PlayStation 4.

Xbox chief Phil Spencer concluded the Xbox One press conference saying, “We are committed to building an industry-leading first-party studios organization. And as you saw earlier, we are making one of our greatest single year investments in teams by adding five new creative studios.”

Playground Games is the developer of the most well-reviewed, adored games in Microsoft’s exclusive game store, the Forza Horizon series. it is soon going to release Forza Horizon 4. Spencer at the E3 press conference indicated that the UK-based game studio is about to introduce “something open world and big”.

The new game studio is headed by the industry veteran Darrell Gallagher, former Crystal Dynamics head. His role at Microsoft’s new game studio is to bring in world-class talent to create revolutionary new game characters and experiences. No further details about the new property were revealed at the E3 press conference.

Spencer added, “We have committed our team, our company, our technical resources, so we can declare to you today, and next year, and all of the years after that, you will always experience the best of gaming on Xbox.”

Nintendo and Sony are leading the video game industry with their intriguing and exclusive gaming content. Just as Sony releases Horizon Zero Dawn and God of War, Nintendo’s basket contains hot-favorite Mario Series, The Legend of Zelda and Pokemon Series. Following their ever-growing popularity, the Xbox one inventor really needs to rebuild the core of its brand equity.

“The original games we create at Microsoft Studios are some of our biggest assets,” Matt Booty, VP of Microsoft Studios, said in the E3 press release. “We believe these teams have the collective creative power and operational excellence to deliver the next industry game changers.”

Overall, Microsoft Studio team now comprises of eleven first-party video game developers. The present main studios are Mojang, creator of Minecraft, and The Coalition, maker of Gears of War, and Rare, developer of Sea of Thieves. The 343 Industries who currently works on Halo and Turn 10 Studios, developer of the Forza Motorsport series are the other major game studios under Microsoft Studio umbrella.