Microsoft Recruits a Terrifying Cat to Wage War Against Apple

Nothing says cold war, like the one waged full-scale in the middle of the year. In the last two weeks, you may have noticed a number of TV and internet ads from Microsoft Corp. promoting the Surface Pro 4. It’s all good stuff, only that the Redmond-based company has been not so subtle in the script of the advert. The characters are constantly saying things like, “I could never do that with a Mac”. By directly comparing the two units, Microsoft is pulling out all stops to make Apple look like a dud. The 30-second ad may have some substance, and Microsoft is not bothering to be subtle about it. The Microsoft vs Apple ad war is one hell of a gimmick featuring a terrifying cat. 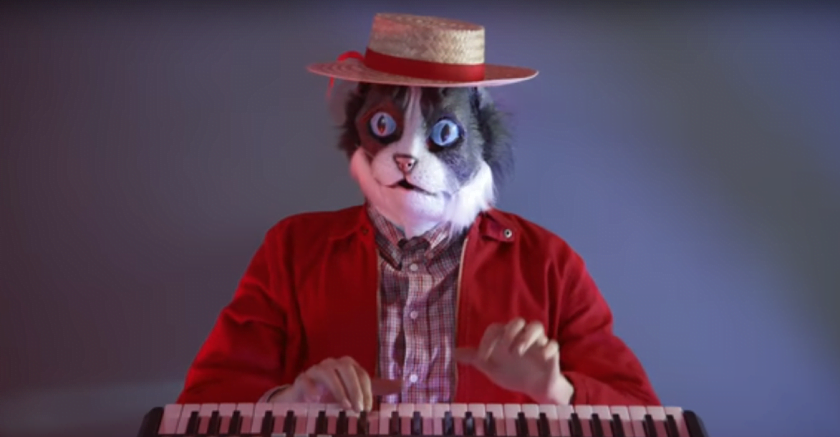 Microsoft Recruits a Cat to Wage War Against Apple, Again

In 2015, Microsoft Corp. introduced a couple of new Surface laptops, all of which won over the crowd. With Apple preparing to launch MacBook Air 2016, Microsoft is going to have get the point across to convince Mac fans to switch. In the Surface Pro ad, Microsoft is showing off Surface Pro features such as the responsive touchscreen display, the detachable platform, and the pen. Moreover, there’s objectionable lyrics like, “This Mac doesn’t have any of that; it’s less useful, like a hat for your cat”. The ad keeps comparing Surface Pro to the MacBooks, effectively show that its product is more powerful than that of Apple’s.

For the past few years, the MacBook lineup has been a giant no-show. Of course, there have been minor changes along with a few software updates. But in terms of features and specs, it seems it might never get an update. The winning factor for the Surface Pro 4 here is that it has the best prospects for 3rd party developers. Not just this, arguably, it provides the highest security. Moreover, the Surface Pro 4 (Windows 10 OS) features backwards compatibility. Some of these features are enough to convince Mac users to switch to the Surface Pro lineup.

Microsoft vs Apple: History On Loop?

But, as expected, Mac fans have gone off the social media complaining how tasteless the ad is. Some people have been quick to point out that it’s exactly what Apple did a decade ago. Between 2006 and 2009, Apple aired the “Get a Mac” ad featuring John Hodgman and Justin Long as the awkward PC and the hip Mac. The Mac vs PC ads ended in 2009 after a total of 66 ads. The Redmond-based company didn’t sit idly for long. Taking a jibe at Apple’s product design and its prices, Microsoft released a series of ingenious ads.

It’s not clear when Microsoft is releasing the Surface Pro 5 and Surface Book 2. From what we gather, Microsoft is simply pulling Apple’s card for the back to school season and the holidays are slowly approaching. After all, it has used a similar tactic before with the ads calling out on Siri, the iPad, and the MacBook Air.