Microsoft teased Project Scorpio at last year’s E3 event; adding a bit of pleasant surprise to the occasion. The codename ‘Project Scorpio’ is for Windows giant’s next gaming flagship console which will be the successor of its VR-based Xbox series.

The Electronic Entertainment Expo (E3) is the grand gaming event which is held annually. For every gaming fan, E3 is a dream event. The event opens up a big way for the attendees to try the games they go crazy for while watching its teaser at conferential openings. The firms from across the world show up at the Convention center to launch their upcoming products. The event is a ‘holy-crap’ for the gaming aficionados because they get to see the demos and enjoy the trials before its official release. 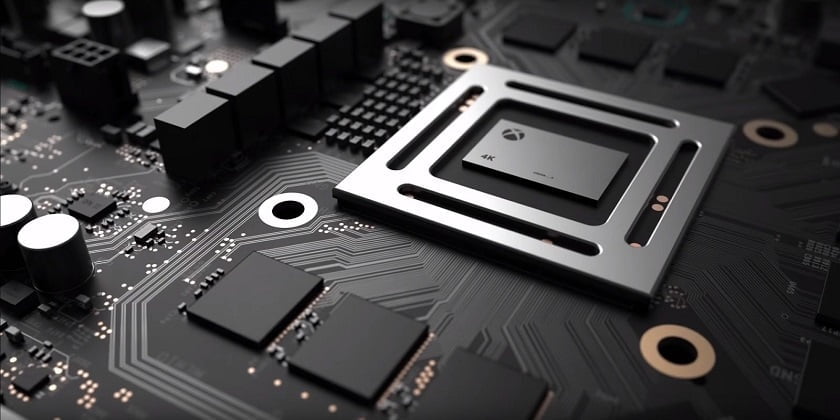 Microsoft’s presentation on Xbox one console ‘Project Scorpio’ will be the crux of the E3 2017 event. There are no straightforward hints on this but the company took to twitter to drop some signals. They shared the photo of the ultra-high-def 4K chip which was showed up at last year’s Gaming convention while announcing about biggest gaming console ‘Xbox One’.

After Microsoft announced Xbox one to be the most high-end gaming console, the company released some highlights-to-be in the product.

Project Scorpio will be powered by the combination of AMD processor and GPU. More specifically, it will have an 8-core CPU and GPU having 6 teraflops of the computing power and also vast bandwidth of 320GB/s. There is a possibility that Microsoft may hand towards the inclusion of AMD Ryzen CPU and Vega GPU for this upcoming console.

The assumed to be flagship console will be 4.5 times faster than its predecessor; thereby improving its overall performance.

Extending its gaming offering to 4K, the console will take the Gaming experience to an entirely different world of Virtual Reality. The Project Scorpio holders will also be able to enjoy the games of its Xbox One and Xbox One S.

The current flagship console Sony PS4 Pro is also offering high-def 4K gaming experience. Microsoft will be competing with the PS4 Pro to be at the top. Certain statements are on air saying that Microsoft announced Project Scorpio so early at E3 2016 for Sony was about to launch its advanced Play station PS4 Pro.

The Xbox’s upcoming successor will mainly focus on an uncompromised VR experience. We also got to hear that the console will the Oculus product and the firm will be partnering with the Facebook-owned Oculus (established firm in VR technology).

The Microsoft Xbox’s E3 presentation will be on June 11 at 2 p.m. ET in Los Angeles at the Galen Center. The launch is expected in the holiday season in the fall.

Let us wait to know more about the specs and hardware of its gaming console under ‘Project Scorpio’.

Don’t go on the size, Xbox One X is a powerhouse!