COVID-19 pandemic saw a dramatic rise in computers and laptops’ sales with people working from homes and people trapped in perpetual lockdowns. As such, various companies have launched new systems and tools for laptop and computer efficiency.  Like every other sector, the mini-PC sales have also significantly increased.

Mini-PCs are small- form factor machines that give efficient computing power similar to their humongous counterparts. A mini-PC is a much versatile and easy-to-use system because of its size and portability capability.  Minisforum’s newly launched U820 and U850 are handy options when it comes to mini-PCs. 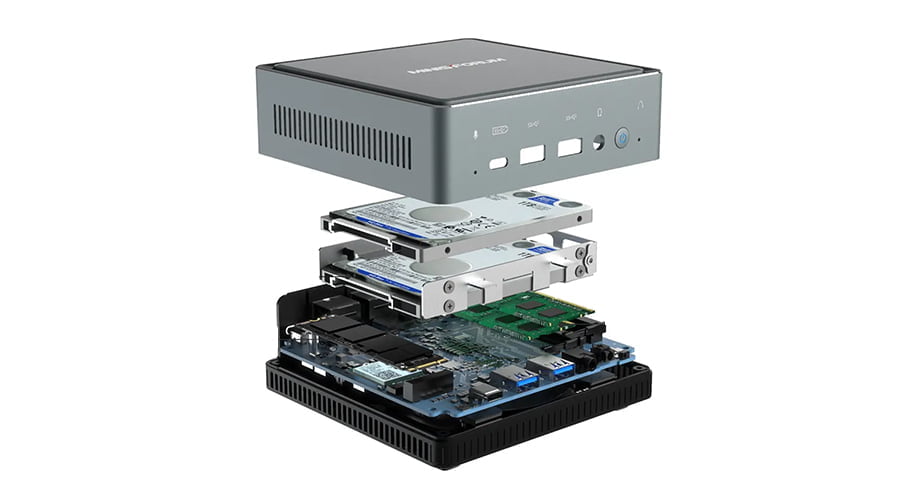 Minisforum brand is always on a roll-out to develop and launch new mini-PCs. The new launch this time is the Minisforum U820 and U850 embedded with Intel processors.

The new mini-PCs have NUC format and are two different versions of the processor power and specifications. While one has the Intel Core i5-8259U processor, another has the Core i5-10210U processor. Two chips with 14nm are embedded in its along with an integrated Intel GPU. The mini-PC can be used both for desktop work and for multimedia use.  It is a handy tool for people in business and people at home alike.

The two mini-PC are similar and differ only in their processor power. While the U820 has the 8th gen Core i5 chip, the 850 is equipped with the newer 10th gen Core i5 CPU. Both the PCs have Windows 10 OS by default though they both can run desktop Linux operating systems like Ubuntu and Manjaro.  The Minisforum U/820 U850 are customizable PCs and have good CPUs. They come with enhanced additional hardware packed in a tiny frame. The Minisforum U850 targets the mid-to-high-end mini-PC sector, with an Intel Core i5-10210U processor available in four cores, eight multi-threads, and a base clock speed standing at 1.60GHz. Compared to the slower clock speed, the PC has a maximum frequency of 4.20GHz, making it efficient and perfect for multiple uses.

The Intel’s Core-10210U processor in the U850 also has a 6MB Intel Smart Cache to enhance faster processing. It is integrated with Intel Iris Plus 655 onboard graphics, enabling superb full-HD streaming and more extended video playback functions.

The U820/850 are power-efficient systems with newer Intel Core i5-10210U at 15W, and consumes less power, and is suitable for large-scale deployments and power saving.  In terms of body size, the U850 main body measures 127mm x 127mm, at 53.1mm high, and weighs 0.5KGs. It also has four USB 3.1 ports, a fully-enhanced USB Type-C port, and a power-only secondary USB Type-C port. Users will also get an HDMI 2.0 output and a DisplayPort, easily connected to the USB Type-C video output and connected to three monitors.