MIT researchers are expanding the Digital Construction Platform with a 3D printer that could print the basic structure of a building within 14 hours at a radically lower cost.

Until now, the 3D printing was limited to materials like metal and glass. But now the researchers at MIT have come up with 3D printing DCP that could print houses; likely a perfect replacement of traditional time-consuming methods of construction. However, MIT is not the first to build such a mechanically powerful 3D printer. A Chinese construction company Apis Cor has been practicing 3D construction technique since 2005. The recent construction of a home in 24 hours by Apis Cor for $10,000 were widespread tech-news. However, MIT in a press release says that their free-moving system is capable of constructing any kind of building structure, unlike other systems that have some fixed, enclosed structure of the nozzles that allows building the structure that fits within its enclosure.

The structure of DCP looks a bit weird with a complex infusion. The base is a rover-like vehicle with tire treads, at the top of which are nozzles attached to the end-point of twin robotic arms. There is also a flatbed trailer at the back side with two metal tanks to the top. The arms are versatile and allow you to prepare the building surface with a filled scoop. You can also use the basic environmental surroundings like dirt in the construction process. The system is actually a mobile 3D printer that takes construction to a next level. MIT team believes that it could revolutionize the construction process on earth as well as on other planets.

What sets the MIT 3D printing system apart is that it does not have any constraints so as in other traditional 3D printers by the out front long robotic arm. The printer has another more precise arm attached at the end of the limiting long robotic arm. Hence, the system gets the capability of larger build space than traditional 3D printer which has a limit of printing within its print bed area.

MIT researchers have been working on the bot since 2011, developing it through an iterative process. The team released a YouTube video on Thursday showcasing their 3D digital construction platform. The video features a 12-foot high solid dome structure made out of foam and concrete with their 3D printer. On a precise note, the video of the dome sports space for things like wires and pipes in the structure. The overall process of the demo construction took around 14 hours to complete. How cool! You can now build any type of structure irrespective of the structure and size within a couple of hours. Moreover, building a customized structure that suits your particular needs and that too at a low cost and less time is exactly what an optimized construction process requires. 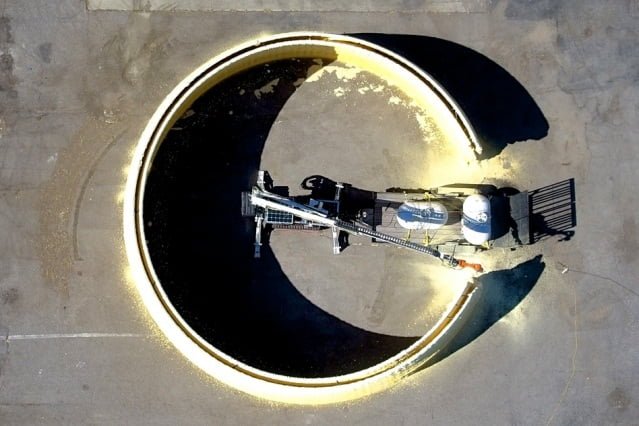 A research paper on the project that went live was authored by Stevan Keating, a recent Ph.D. grad in mechanical engineering. Keating describes his enthusiastic research team that envisions of housing the structures on Mars. They are planning to build a smarter autonomous robotic system that can customize a build on the basis of environmental factors utilizing the surroundings as the base of construction material. However, their goal is to make the robotic system capable of several different functions like digging and milling. Keating says that MIT 3D printing system will start building real-world structures in near future.