Massachusetts Institute of Technology (MIT) Media Lab has invented a wearable gadget that lets you talk to the computer silently. Without exaggerating, the innovative device code-named AlterEgo can transcribe your thoughts verbalized internally to the connected computing system.

AlterEgo, resembling a Bluetooth-like structure, extends from the top of the ear to the chin. It fits on the face so that it doesn’t block the wearer’s hearing capacity or hinders the user’s conversation with other people. This wearable gadget works on the principle of transmission of neuromuscular signals from the mouth to the ear. When the wearer internally verbalizes, it triggers neuromuscular signals (invisible to human eyes) in the jaw and face. The electrodes in AlterEgo capture those signals and feed into a machine learning system. The system, instructed to link particular signals with specific words, transcribes those words on the screen.

The theory of internal-verbalization or subvocalization was derived in the 1960s. The research team led by MIT’s graduate student, Arnav Kapur unearthed this concept further. He was joined by Shreyas Kapur, an undergraduate major in Electrical Engineering and Computer Science. The whole process commenced with the idea of integrating human and machine functions and invent an IA device — an intelligence-augmentation device.

“Our idea was: Could we have a computing platform that’s more internal, that melds human and machine in some ways and that feels like an internal extension of our own cognition?” – Aranv Kapur, MIT graduate student

Why were the seeds of this idea grown? The answer lies exactly in our hands. To command Apple’s Siri or Amazon’s Alexa or Google’s Assistant, the user speaks aloud, much to embarrassment in public. Unlike them, this wearable gadget is a boon to the Smartphone world.

Pattie Maes, a professor of Media Arts and Sciences and Kapur’s research guide says, “If I want to look something up that’s relevant to a conversation I’m having, I have to find my phone and type in the passcode and open an app and type in some search keyword, and the whole thing requires that I completely shift attention from my environment and the people that I’m with to the phone itself.” She continues, “So, my students and I have for a very long time been experimenting with new form factors and new types of experience that enable people to still benefit from all the wonderful knowledge and services that these devices give us, but do it in a way that lets them remain in the present.” 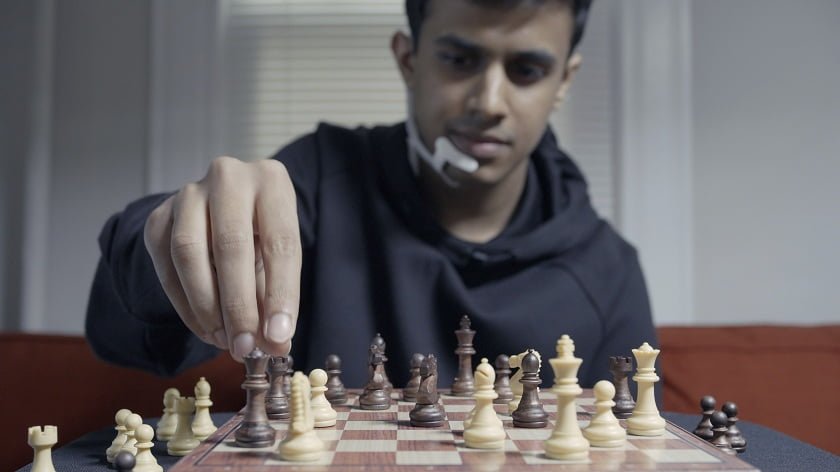 The research team presented this research paper at the Association for Computing Machinery’s ACM Intelligent User Interface Conference. For the pilot study, the researchers made 10 subjects to wear the AlterEgo prototype to validate its usability. “The system had an average transcription accuracy of about 92 percent”, mentions the official release.

Other Applications of AlterEgo

Thad Starner, professor in Georgia Tech’s College of Computing, cites concrete applications of this wearable gadget, other than speech recognition feature. In a high-noise environment such as flight deck of an aircraft carrier, or places with a lot of machinery, AlterEgo could be an eventual remedy. Similarly, he added to employ AlterEgo in silent-environment zones too, like during military operations where forces communicate with hand gestures. This wearable gadget can aid people who have the vocal disability.

Bosch Taps into the New-Age Revolution of Internet of Things

MIT DuoSkin Tattoos Can Control All Your Gadgets