A mobility device named Theia will find the way via a lidar and camera system to build a three-dimensional image of the environment.

Guide dogs are a boon to the visually impaired people, though not the best solution every time. But things are changing with technology under development at Loughborough University. The technology aims at channeling the functions of a guide dog for a visually impaired person into a robotic device that can be held in hand. The device is named Theia and was conceived by an industrial design student Anthony Camu. The student took inspiration from virtual reality gaming consoles and autonomous vehicles. The developing technology of the mobility devices is currently in its prototype version with few glitches to be solved. The basic principle of the entire technology is that it would act as a robotic guide dog to help the visually impaired users navigate and reach their destination. 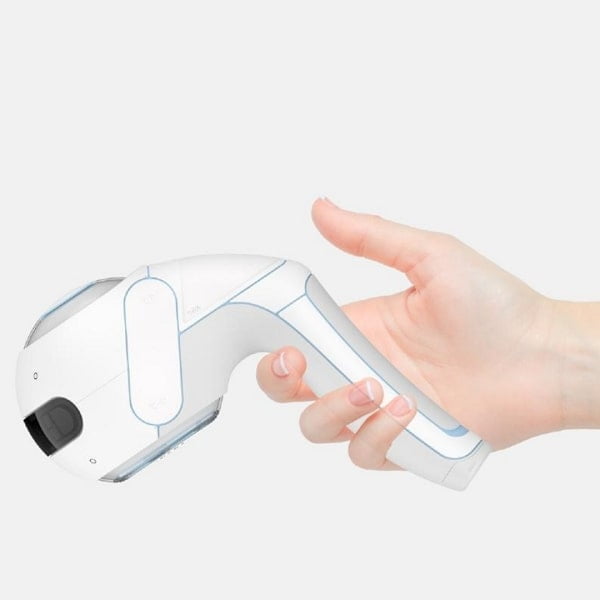 The device is named Theia and was conceived by an industrial design student Anthony Camu.

The device is backed by the control moment gyroscope, a technology often used as a part of spacecraft attitude control systems and mostly in the International Space Station. This tech enables the device Theia to provide force feedback depending on which side it is headed, and it simultaneously moves the user’s hand to lead them in a specific direction. This is similar to the guidance given by the guide dog. The Theia device can find its way via a lidar and camera system that enables it to develop a three-dimensional image of the environment. The users can enter their destination with voice commands, and onboard processors on the mobility assisting devices that will determine the best path to take while factoring in the real-time data on pedestrian, car traffic, and the weather.

The current prototype is prone to episodes of increased vibrations and busted motors. But researcher Camu hopes that with further development, the teething problems can be solved. He would be able to make Theia tackle more complex settings like elevators, stairs, and even pedestrian crossings for better mobility for handicapped. ‘The goal of many visually impaired is to be independent and live a better and normal life. But unfortunately, many who endure vision loss feel excluded from society, situations, and activities, and many people take for granted, like socializing, shopping, or going to restaurants.

Such limitations are usually formed because of the fear and anxiety associated with having a partial understanding of the surroundings. The Theia mobility device for disabled can expand and give access to a blind person’s comfort zones and possibilities, thus broadening their horizons and allowing them to think less about walking more about the way ahead.’