Hollywood giants Arnold Schwarzenegger and Sylvester Stallone will get a chance to face off as their most iconic action roles- in Mortal Kombat 11 Ultimate game!

Game developer NetherRealm Studios recently released a pair of gameplay trailers that brings guest fighters, John Rambo, against the Terminator, all in their bloody avatar. The first battle between the two giants has Rambo shocked to learn that humanity has been eradicated in the future times before he and the T-800 icon battle in a dirty back alley.

It then culminates in the Rambo character kicking the cyborg into a superb electrified frame when ammunition packed belt bursts around his body. 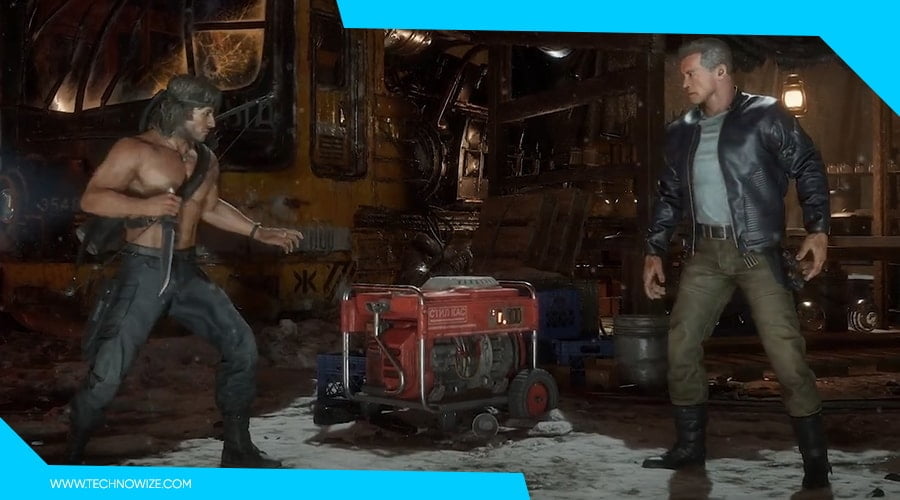 In the second round, T-800 tracks down Rambo across a desert canyon for a rematch. It knocks Rambo into the air with his motorcycle before blowing him to bits with the powerful shotgun.

Rambo features in the game as a crucial part of Kombat Pack 2, wherein he brings along ninja warrior Rain and the Mileena to the battle. The latest wave of the DLC game is also included in the Ultimate bundle. This portion compiles the base game and the previous DLC packs in the most spectacular part of the popular fighting game.

The fact that the fighter giants play two of the most iconic action movie stars of all time will surely enthrall fans and get them hooked to the game evermore. The game also makes several references to the two iconic Hollywood actors’ most notable works.

The game is developed by NetherRealm Studios and published by Warner Bros. Interactive Entertainment. Mortal Kombat 11 is available to play on the Xbox One, PlayStation 4, Nintendo Switch, PC, and Google Stadia. The Kombat Pack 2 expansion and the Ultimate bundle is also released.