Most Influential People in Tech | Famous Tech Leaders in Technology

After much deliberation by members of the Technowize team, we came up with some of the most influential people in technology, focusing more on leaders that have played crucial roles to improve the way we live in recent times.

Technology has most importantly focused on creating a stable environment for the ease existence of humanity. It has developed to a point where we can barely identify an aspect of life without a small dose of technology. However, a group of individuals – famous tech people from various parts of the world has been responsible for this growth we can barely track. Recognizing those famous tech people could help us to easily identify all that has been introduced lately into the swift-changing tech industry of our time.

From the discovery of how fire can be controlled in the prehistoric era, to the innovation of wheels in the Neolithic Revolution, and the ever-presence of the term “technology” after the second Industrial Revolution, tools, communication, clothing, housing, skills, transportation, weapons, etc. all make no sense without technology. In other words, there is no aspect of human intelligence that can define any simple objective without the collection of techniques, methods, skills, and processes – technology. Technology News define a large chunk of our primary existence and our ability to develop. However, some famous tech peoples take more responsibilities in the technological advancements that we struggle to keep track of today.

In fact, it’s difficult to identify who has been the most influential figure in the technology sector. Most recently, tech leaders in Silicon Valley have contributed a lot; significantly in every aspect of our daily lives that we care less about who is behind them. Can we subtly recognize some of the people that have moved us this far in tech space?

After so much deliberation by members of the Technowize team, we came up with some of the most influential people in technology, focusing more on leaders that have played crucial roles to improve the way we live in recent times. Our list includes famous tech people behind materialized innovations; whose contribution is rejuvenating the existing success; and individuals close to major tech achievements. 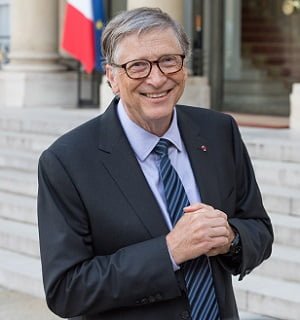 One man who has deeply influenced the world in the use of tech is Bill Gates. His ever-growing legacy engineered how common people easily access and contribute to technology. Bill Gates’ brainchild Microsoft has been a major channel of influence in the tech world, proving access and support for development. According to key stakeholders in the internet industry, the existence of Microsoft opened doors for powerful industries like Amazon, SalesForce, etc. Microsoft also brought the rapid growth we have experienced on the internet in the last 30 years. In a nutshell, it’s difficult to find what pertains to technology in our present-day that would fail to recount Bill’s legacy.

Microsoft has consistently improved software technology, helping businesses to discover their full potential through easier, cost-effective and user-friendly platforms. Gates’ company is committed to long-term development and research in various sectors despite having won most computer users.

To further guide entrepreneurs in exploiting the promises of technology in various businesses, Gates in 1999 released a book: “Business @ the Speed of Thought” that demonstrates different ways in which technology can be used to solve business challenges using simple ways. New York Times, Amazon, The Wall Street Journal, and USA Today all listed the book on their best-seller list for seven weeks. “Business @ the Speed of Thought” was published in 25 languages and is available in over 60 countries.

Gates bailed out Apple in the ’90s when it nearly went bankrupt. 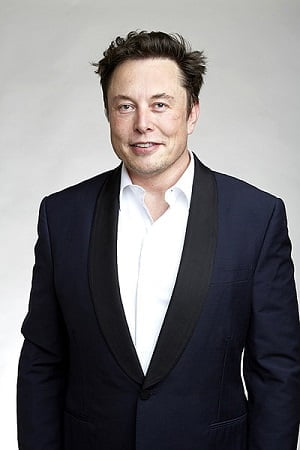 South-African born business mogul, investor, and engineer Elon Musk, the founder of Tesla Motors and SpaceX, is another influential leader in technology. Musk has so much influenced the world through tech from his subtle area of expertise. Beyond his achievements in bringing electric cars and the world’s most powerful rocket, Musk is famous for his dream of bringing self-driving cars to everyday use and to take the first colony of humans to Mars. He is also close to opening doors for Earth to Earth travels through space, which will cut down 12 hours flights to 34 minutes.

As one of the figures making significant strides in our recent campaigns of moving our heavy industries to space, Musk invented the world’s first reusable rocket with the aim of drastically cutting down the cost of space travel. Though Boring Company, he is close to introducing a Hyperloop transportation system that will transform the way we travel on roads into 3D. Till today, one of his co-founded enterprises PayPal remains a leading global payment technology around the globe. In addition to his portfolio as a leader in the tech industry, Musk is currently leading a new startup Neuralink in developing algorithms to connect humans with machines. 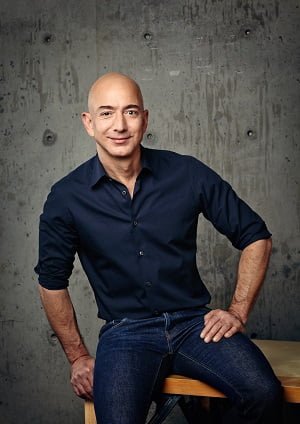 To describe Jeff Bezos is to say he is more than a tech leader. Bezos is a great example of a leader in the tech business and of course, space exploration. The Amazon CEO is positively changing the lives of average people all over the world with tech. Many of us now interact with our doors, lights, heaters, etc. through Alexa smart assistant introduced by Amazon. The company’s Go service allows customers to buy products without staying on queues to pay the store cashier. Bezos has also inspired a lot of productivity and growth at different levels of retail business and shopping culture. Several successful stores owe credit to Amazon business tech, which has made the virtual store more experiential than ever before.

Aside from leading the world’s largest online retail company, Bezos’ contribution to the technology industry include the achievements made by his Space services company Blue Origin. In 2017, Bezos invented a robotic suit that could be used by astronauts to explore other planets. 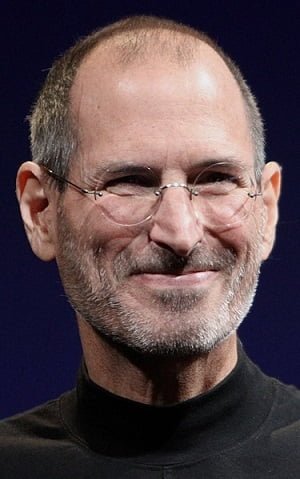 Steve Jobs is the man that afforded every one of us the opportunity to have the entire world in our pockets. Before Apple introduced the iPhone in 2007, the smartphones available then were primarily used for chatting and emailing. Jobs’ iPhone concept revolutionized the gadget, allowing users to carry a small computer around that could even be used to command many powerful devices, including vehicles.

Though Apple didn’t invent the portable mp3 player, it developed a version that redefined the gadget’s influence, allowing users to wheel-spin thousands of songs at a glance, using a stylish, simple and sleek box – iPod.  Steve Jobs, who died in 2017 due to pancreatic cancer, also helped to improve the concept and commercial strength of tablet PC in 2010, almost a decade after Bill Gates’ Microsoft invented it. 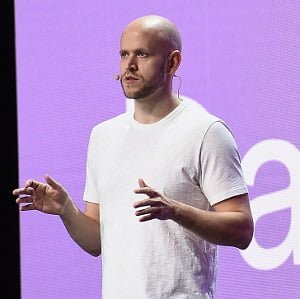 Daniel Ek bumped the creativity level in the music world to a new height with Spotify when he launched the company in 2008. Among other several contributions to technology by the Swedish, Spotify made his success louder, having earned him a spot as one of the most powerful people in the world in 2017. Daniel, a high school graduate of IT-Gymnasiet, has actually proven to be a force in technology, business, and advertising. As a technologist and an entrepreneur, Daniel’s influence has improved the career of most musicians as well as better the lives of music lovers.

Daniel initially planned to retire after selling his advertising company, Advertigo, in 2006. Of course, that gave him a lot of money. But changed his mind a few months later after realizing that money is not what actually gives meaning to life but projects that pertain to one’s passion. That inspired him to co-found Spotify with Martin Lorentzon, co-founder of TradeDoubler that acquired Advertigo. 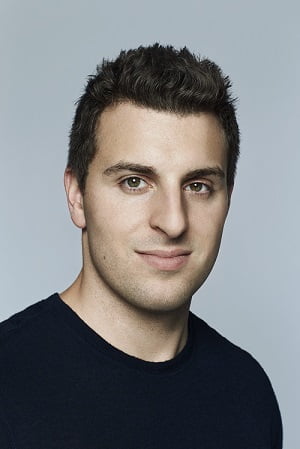 The American billionaire and the current CEO of Airbnb Inc (former Airbed and Breakfast Inc) co-founded the company that changed everything we know about home renting, with Joe Gebbia and Nathan Blecharczyk in 2008.

Airbnb services, which thrive on the payment of commissions from all its brokerage transaction, tremendously helped people to offset the high cost of rent in San Francisco by effectively turning their apartment into a temporary lodging, offering bed and breakfast.

Brian Chesky is charged with the duty of setting the company’s strategies, which are aimed at connecting people with providers of unique travel experiences. Airbnb’s mission is tailored towards the creation of comfort out of nowhere, ensuring a world where everyone can be a part of anywhere. 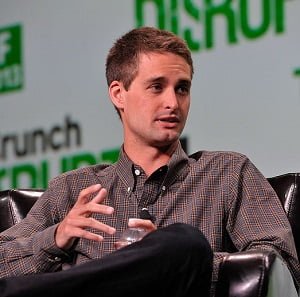 Snapchat was conceived by Spiegel in one of his university days’ classwork project ridiculed by fellow classmates. He developed the project’s 1st prototype Picaboo in 2011 with the collective efforts of the co-founders before it was later renamed Snapchat. The Snapchat app gained much popularity and by the end of the year 2012, it had recorded over 1 million active daily users. This development prompted Spiegel to leave school to concentrate on the development of Snapchat but later on, he went back to complete the degree. Evan Spiegel was named the youngest billionaire in 2015 but much of his energy in the tech world is how much he has changed the way we share images. 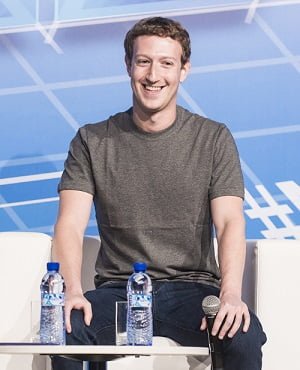 Mark Elliot Zuckerberg is one of the current faces of technology’s highest achievers as well as earners. He is known for co-founding and leading the world’s most successful social media platform Facebook. Mark is one of the key influencers of the tech industry today, with his company priding nearly 1.6 billion daily active users – nearly half the total number of internet users worldwide.

Mark conceived the idea of Facebook in his Harvard dormitory where he launched it in 2004, with contributions from Chris Hughes, Dustin Moskovitz, Andrew McCollum, and Eduardo Saverin. It was originally meant to contain few selected college campuses so that students can match names with faces in their classes. But the project blew up and has had a significant impact, connecting people all over the world and has, to a large extent, affected the way most people live.

Mark Zuckerberg and wife Priscilla Chan pledged to dedicate 99% of their Facebook lifetime earnings towards fighting, managing, curing and ending different kinds of disease, a commitment worth $3 billion. 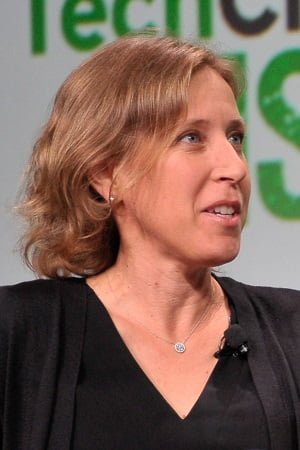 Following a stint in marketing at Intel, the current chief executive officer of YouTube became the 1st marketing manager of the tech giant, Google. Being an astute worker, Google co-founder concentrated her works on Google Image and Books. Wojcicki oversaw the acquisition of YouTube in 2006, having monitored its success over time. This development enabled Google to move ahead of its closest competitors in online video streaming. The second major acquisition of DoubleClick by Google was also masterminded by Wojcicki in 2017. Having succeeded in pulling off these two massive acquisitions, she became the chief executive officer of YouTube in 2014; a post she occupies till date.

Fondly referred to as “the most powerful woman on the internet,” she is focused on prioritizing educational contents. As a result of that initiative, the YouTube Learning, which supports the infusion of grants to promote education-based creator content, became a reality in July 2018. 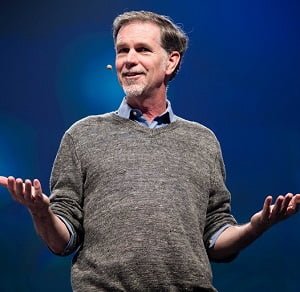 Wilmot Reed Hastings Jnr is best known for advocating for reforms in education through charter schools. He is a philanthropist and an entrepreneur who co-founded Netflix – a company he is currently serving as the CEO. He is also a board member of Facebook, KIPP, and DreamBox as well as other non-profit organizations where his engineering and business knowledge is contributing immensely.

The former member of the California State Board of Education attended Buckingham Brown Schools and later joined the Peace Corps to support his career goals. In 1991, Hasting founded his first company Pure Software which produces products to troubleshoot software. He has through Netflix, which is currently one of the biggest video rental companies; with over 93 million active users, revolutionize the way people watch movies and shows. This development has continued to attract thousands of subscribers who now see media-services differently. Hastings co-founded Netflix in 1997 with Marc Randolph.

Coronavirus Effects On The Tech Industry