The Moto G9 Power is a budget phone by Motorola. It has a bigger and better battery, huge display, and a big primary rear camera. 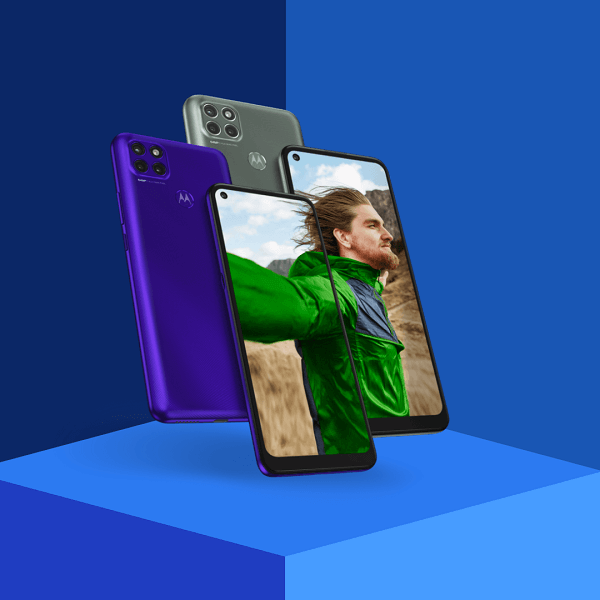 The Moto G9 Power has a punch-hole cutout on the left end and a screen size of 6.8 inches. The LCD panel of the phone is of HD+ resolution and effectively displays the natural color tones. The sharpness and brightness features are average. The buttons of the phone are tactile and easily accessible with a slide of the hand. On the rear end, there is a camera squircle and a Motorola logo. The screen unlocks superfast, though the face unlock is hesitant at times. Motorola calls the device water repellant, not water-resistant.

The Moto G9 Power has a solo sounding speaker at the bottom and a 3.5mm headphone jack located at the top. There is also an option wherein the user can tune and tweak the audio using equalizer presets. In the middle of the mic and the speaker, there is a USB-C (2.0) port. The connector effectively links to a 20W adapter and powers the 6000mAh battery. The battery effectively runs for a full two or more days.  The phone also supports carrier aggregation, which means better 4G speeds and network coverage. There is also an NFC feature for easy contactless payments, double-band Wi-Fi, and Bluetooth 5.0 for connectivity.

The phone has Android 10 OS. The regular Moto Actions instantly opens camera and torch. The Gametime feature enables the user to immerse better into the device by distracting calls and notifications, thus preventing interruptions. The phone is powered by Snapdragon 662 chipset and 4+64GB memory configuration.

The G9 Power has a 16MP sensor at the front and a 64MP triplet camera located at the back. There is a 2MP macro and a 2MP depth-sensing module and efficient video output at 1080p and 30 frames per sec. the Macro mode (2MP) and Spot Color (for both photo and video) are cool features in the device.

The camera shots from the higher megapixel 64MP camera and powered 6000mAh battery are super effective. The Snapdragon 662 Android is an additional bonus.