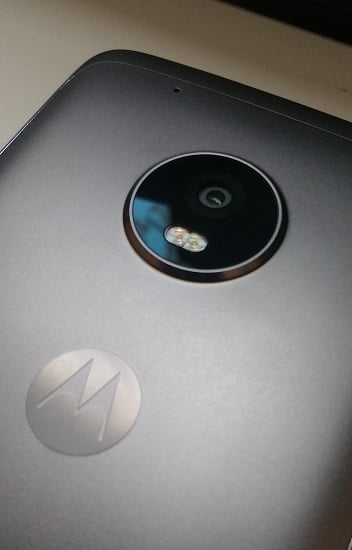 While Motorola E Series users are awaiting an upgrade amid speculations about the release of E5 plus in a while, Motorola has not unveiled any mobile phone yet at the ongoing Mobile World Congress 2018.

But the brand fans are not completely in the dark while waiting for a launch. A Mobile reporter from Philadelphia, Evan Blass has leaked images of the Moto E5 plus to leave more questions on the specifications and performance of the device as it has largely been anticipated to be an improvement on the previous Motorola E series edition.

The last release in the E series was in 2017 when Lenovo released the Moto E4 and the company has raised the dust for 2018 awaiting release in their line of E series mobile phones, the Motorola Moto E5 plus.

The leaked images of the Moto E5 on the tweeter has rather thrown the Motorola brand loyalists into wild frenzy in their quest to unlock more secrets of what the Lenovo Moto flagship phone has to offer. The image portrays a look that is almost similar to the previous Moto E4 with some improvements such as a sleeker body; more slim bezels and a larger screen size. This surely will thrill Motorola fans who equally enjoy larger screen display on their mobile devices.

Apparently, the Moto E5 Plus will come with an 18:9 aspect ratio display and rounded corners or curved edges. It appears to have very relatively thin or slim bezels, thinner than what the Moto E4 has got. Additionally, the fingerprint scanner appears to be positioned at the rear end, stationed comfortably below the Motorola logo.

Observations from the images leaked portray the Moto E5 plus as dual rear camera equipped Smartphone, which will actually offer better image quality with advanced pixel composition than the previous smartphones by Lenovo.

For Motorola fans with the love for music on the go, the Moto E5 plus retains the headphone jack. Also, Lenovo might have included a USB Type-C port at the bottom of the device and of course, this enhancement means music experience on Motorola E5 plus would have been taken a notch higher than previous Motorola E series models.

The battery performance of the leaked Motorola Motor E5 plus cannot be predicted from the leaked images, we do not know for sure what it would be like but we know that It promises to at least be similar to or be an improvement from the previous Moto E4 Plus which had a battery capacity of 5000mAh, a non-removable battery and with fast charging support as well. Motorola flagship devices have never disappointed and the leaked Moto E5 plus promises to keep up with the Motorola traditional values of delivering top notch mobile telephony experience.

On the operating system which will be deployed by Lenovo, it is expected that the Moto E5 Plus will run a lightly customized version of the Android Oreo.

The release date for this device is yet unknown including the price. But we can make a prediction from the previous Moto E4 Plus which at launch sold for $180. We should not envisage the Moto E5 plus which is the succeeding device to cost too much more.