United Kingdom’s Prime Minister Theresa May plans to introduce huge regulations on the way the internet works, allowing the government the most sweeping surveillance powers in the western world. The creation of a national internet surveillance filter, sparks concerns of a British version of China’s notorious firewall.

The Conservatives’ manifesto published on Thursday reads, “Some people say that it is not for the government to regulate when it comes to technology and the internet. We disagree.” The new internet surveillance regulations will allow the Britain to become “the global leader in the regulation of the use of personal data and the internet,” the manifest to claims. The proposal suggested is labeled as being “anti-terror,” and requires the so-called internet and social media companies to monitor criminals and terrorists.

Internet Surveillance in the UK

In reality, the internet surveillance blueprint could be easily used to oppress any group who are critical of the government. Online criminal activities will be prosecuted with the same severity as those offline. Moreover, the phrasing in some of its most egregious clauses suggests the government intends to introduce huge restrictions on what people see, read and write online. The progressive manifesto doesn’t sit well with some techies and internet freedom advocates from around the Britain. 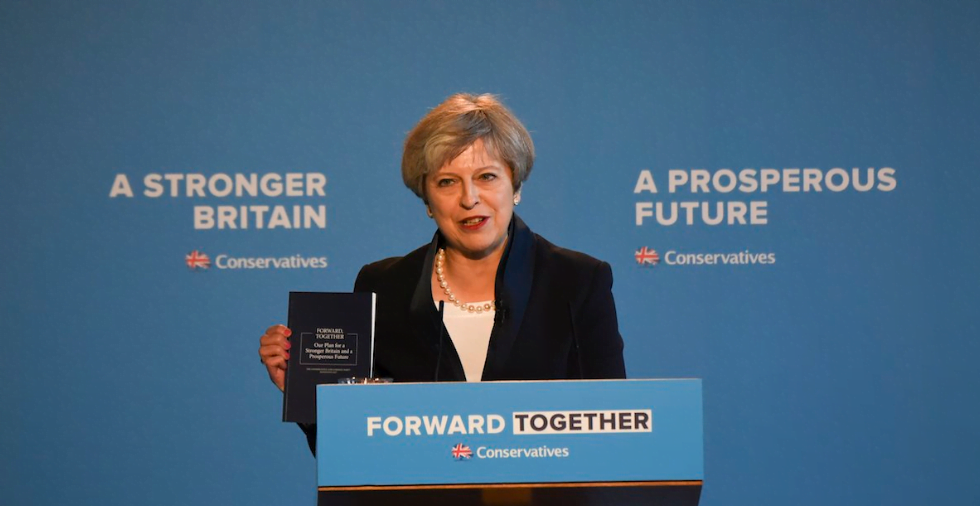 Britain wants to create a new internet that would be controlled and regulated by the government.

The new pledge comes months after May approved the Investigatory Powers Act, introducing the first ever most extreme cyber surveillance law ever passed by a democracy. The new legislation requires internet companies to keep diligent records of customers’ browsing histories and forces apps to give the government a backdoor to their encrypted messaging services. If companies resist, the manifesto promises to pose sanctions.

Whistleblower Edward Snowden tweeted: “The UK has just legalized the most extreme surveillance in the history of western democracy. It goes further than many autocracies.”

The Final Nail in the Coffin

The UK government is particularly targeting Google and Facebook with a view to rein in on the growing influence, particularly as the two tech giants have historically resisted regulation. The basic idea is to give more power to the government when it comes to deciding what content is to be seen online. In the era of ‘fake news,’ the manifesto would regulate the type of news that is published online.

The UK government already controls the majority of the newspapers and news on TV. A handful of supposedly accurate newspapers is owned by a cabal of rich billionaires who choose the next government. Here’s a broadsheet of major newspapers in the Britain: The Telegraph (Barclay Brothers), The Times (Rupert Murdoch), The Guardian (Scott Trust), Financial Times (The Nikkei). Notably, in 2010 when Rupert Murdoch switched supported from Labor to Conservative, it was the latter who won its first election since 1997. For its citizens, the only place to get information which is not pro-government is online. If the government is allowed to censor the internet and control what websites its citizens can visit and what people are allowed to share online, it’s the final nail in the coffin for freedom of speech and press in the country.

Hacking Team Exposed, Another Nail in the Coffin of Privacy?

FBI Issues Warning About Smart Toys Being Used For Surveillance