SLS Rocket Boosters are to be supplied by NASA's long-standing supplier Northrop Gumman.

NASA takes another step forward, towards the Artemis missions to explore the moon and beyond. According to a report by the US Space Agency itself, it has laid the initial foundation for six new Space Launch System (SLS) solid core booster rockets. These new rocket boosters are to be supplied by NASA’s long-standing supplier and current lead contractor Northrop Grumman of Brigham City, Utah. These additional six boosters will join the existing three that were previously locked in, which takes the total up to nine NASA Artemis missions. 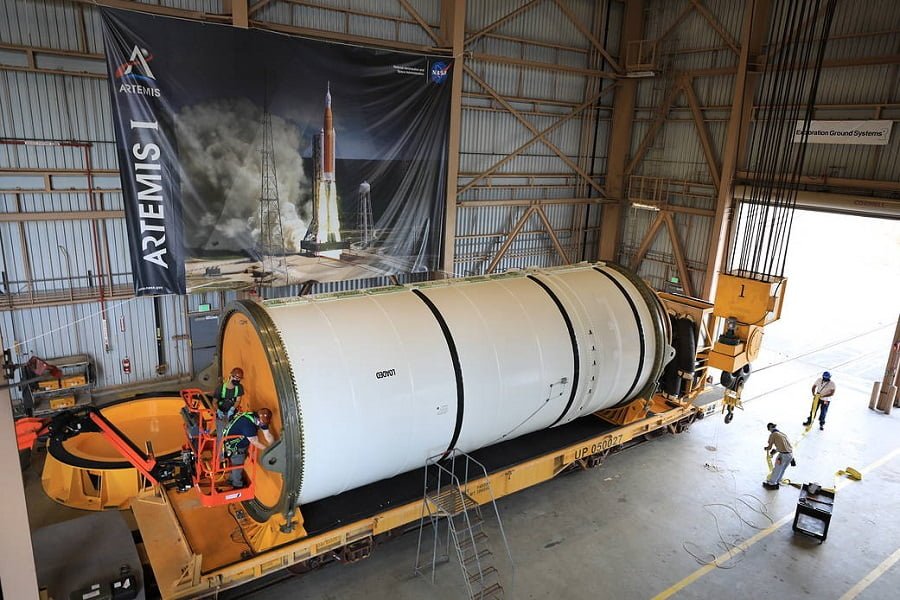 NASA announced that it would provide initial funding and authorization to Northrop Grumman, an aerospace and defense technology company, to order long-lead items to support building the twin boosters for the next six SLS flights. Once the details of the full letter contract are finalized by next year, with a potential value of $49.5 million, the company will be able to make the purchases.

The Artemis program is part of USA’s broader Moon to Mars exploration objective, in which astronauts will explore the Moon and the experience gained there to empower humanity’s next giant leap, sending humans to Mars. NASA mentions that it is committed to establishing a sustainable presence at the Moon and is progressively working on the first three Artemis I, II and III missions which include the one that will land the first woman and next man on the Moon in 2024. “We’re ready to process and stack the boosters for the Artemis I mission, and we are making great progress producing boosters for the Artemis II and III missions,” said Bruce Tiller, manager of the SLS Boosters Office at Marshall.

The two SLS Solid Rocket Boosters operate in parallel with the core stage’s main engines for the first two minutes of the rocket’s flight, providing the additional thrust needed for the launch vehicle to escape the gravitational pull of the earth. Each booster has three assemblies: Forward, Motor and Aft.

The Space Launch System rocket booster is the most massive, most powerful solid propellant booster ever built for flight. Standing 17 stories tall and burning approximately six tons of fuel every second, each booster generates more thrust than 14 four-engine jumbo commercial airliners. Together, the SLS twin solid boosters will produce more than 75 percent of the total SLS thrust at launch. The boosters were taken from the design of the solid rocket boosters used during the Space Shuttle program but included a fifth segment to produce the extra power needed to send the larger and heavier SLS rocket to space. 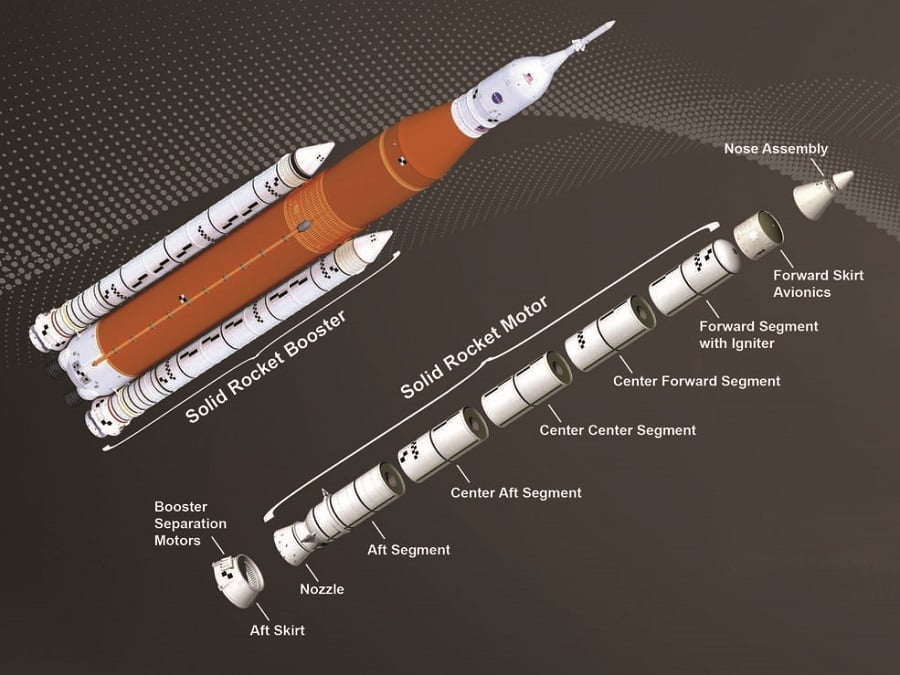 The full Boosters Production and Operations Contract is expected to support booster production and operations for SLS flights 4-9. The period of performance for the letter contract is 150 days; the definitive agreement will extend through December 31, 2030. Northrop Grumman has delivered the ten substantial rocket booster segments to NASA’s Kennedy Space Center in Florida. There, they will be stacked with other booster components outfitted at Kennedy and readied for launch. Casting is complete for the substantial rocket motor segments for Artemis II and is underway for the Artemis III crew lunar landing mission.

NASA is also undertaking the process of SLS procurement activities to acquire additional RS-25 engines and core stages for future SLS flights beyond the initial three. The Interim Cryogenic Propulsion Stage for the Artemis II mission, as well as the launch vehicle stage adapter and Orion stage adapter, are in the initial phase of manufacturing in Alabama.

The SLS rocket, Gateway and Human landing System, and Orion Spacecraft are part of NASA’s cornerstone for in-depth space exploration. In this category, the Artemis program is the next initiative in human space exploration.