NASA is Developing GPS for Navigation on the Moon

GPS, Earth’s navigation system that is used by an estimated four billion people will now enable future human navigation on the Moon. NASA is developing GPS for Moon for aiding its future Artemis missions.

The Global Positioning System or GPS has certainly made life on Earth easier. Traveling to an alien city or locality is no more overwhelming today as now we have GPS guiding us every step of the way. NASA is working on creating GPS for Moon and if that sees fruition, navigation on the lunar surface will be equally easier.

A team at NASA is developing a special receiver that would be able to pick up location signals provided by the 24 to 32 operational GPS satellites. GPS is operated by the U.S. military about 12,550 miles above Earth’s surface and is open to anyone with a GPS receiver. These same GPS signals provide location data used in-vehicle navigation systems, interactive maps, and tracking devices of all types, among many other applications.

This NASA Moon GPS would be helpful to astronauts in navigating on the Moon and across the lunar surface. 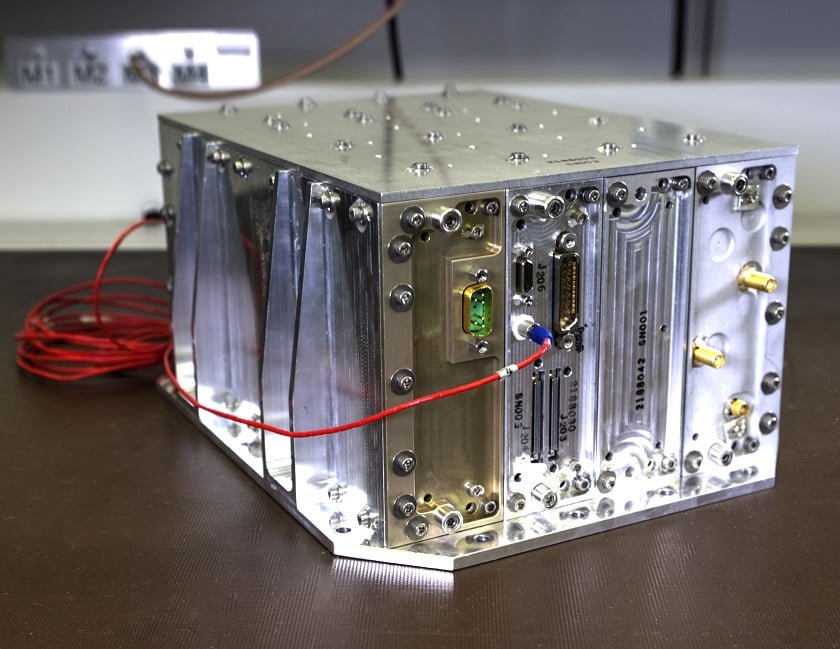 NavCube, which will be tested aboard the International Space Station later this year, is being used as a baseline for a lunar GPS receiver.
Credits: NASA/W. Hrybyk

The GPS system on Earth has three components – satellites, ground stations, and receivers. Ground stations constantly monitor the satellites and a receiver, like those found in a car of smartphones, calculates its distance to pinpoint a location. A spacecraft with such a sophisticated GPS system may soon be paired with precise mapping data to help astronauts or ground controllers in navigation on the Moon and the lunar orbit.

NASA’s efforts in developing GPS for moon is based on the Goddard-developed GPS Navigator which was built specifically for NASA’s MMS mission. The MMS mission was the first ever mission to study how the Earth’s and Sun’s magnetic fields connect and disconnect.

“We’re using infrastructure that was built for surface navigation on Earth for applications beyond Earth,” said Jason Mitchell, chief technologist for Goddard’s Mission Engineering and Systems Analysis Division. “Its use for higher-altitude navigation has now been firmly established with the success of missions like Magnetospheric Multiscale mission (MMS) and the Geostationary Operational Environmental Satellites (GOES). In fact, with MMS, we’re already nearly half way to the Moon.”

Building such a navigation system for the moon will require several technological enhancements, including a high-gain antenna, an enhanced clock, and updated electronics. The moon navigation system that NASA engineers are working on is based on NavCube – a new system developed from the merger of MMS’ navigator and SpaceCube – a super-fast flight computer.

America has made its intentions of traveling to the Moon very clear in recent days. There is a race of sorts among NASA and other private space exploration companies that have mushroomed. With the Artemis mission, NASA aims to not just return to the Moon by 2024, but also establish human presence on the moon by 2028.

“NASA and our partners are returning to the Moon for good,” Jason Mitchell said. “NASA will need navigation capabilities such as this for a sustainable presence at the Moon, and we’re developing enabling technologies to make it happen.”

A GPS enabled spacecraft will be self-sufficient in navigating on the moon and through the lunar orbit and eliminate the limitations of the present-day navigation system that creates excessive load on NASA’s communication networks.