It's all fun and games for the user, as Netflix continues to expand its presence in the streaming arena.

On November 2, 2021, Netflix started offering mobile games to its subscribers in a bid to get them hooked to the service.  It was initially rolled out for Android users, and was made available on iOS and iPad the following week. Since then, Netflix games has continued to add titles to their line-up. All games are included in their video subscription and do not incur an additional charge.

Users can also launch Netflix games directly from the app after they download them from Google Play and App Store.

Netflix executives have always reiterated that they think of their product as something that competes with everything. Anything, whether an activity or a service, that takes you away from spending time on the app is considered competition. The media-streaming behemoth is also facing stiff competition as various studios launch their own streaming services. Offering a gaming library will appeal to a younger audience that has turned to video gaming as an alternate source of entertainment. The video game industry is expected to grow by leaps and bounds in the coming years.

The streaming service could eventually become a formidable presence in gaming. Behind the scenes, it continues to build a strategic team to manage the video-gaming space. The company has previously stated that “we want to design games for any level of play and every kind of player, whether you’re a beginner or a lifelong gamer.” 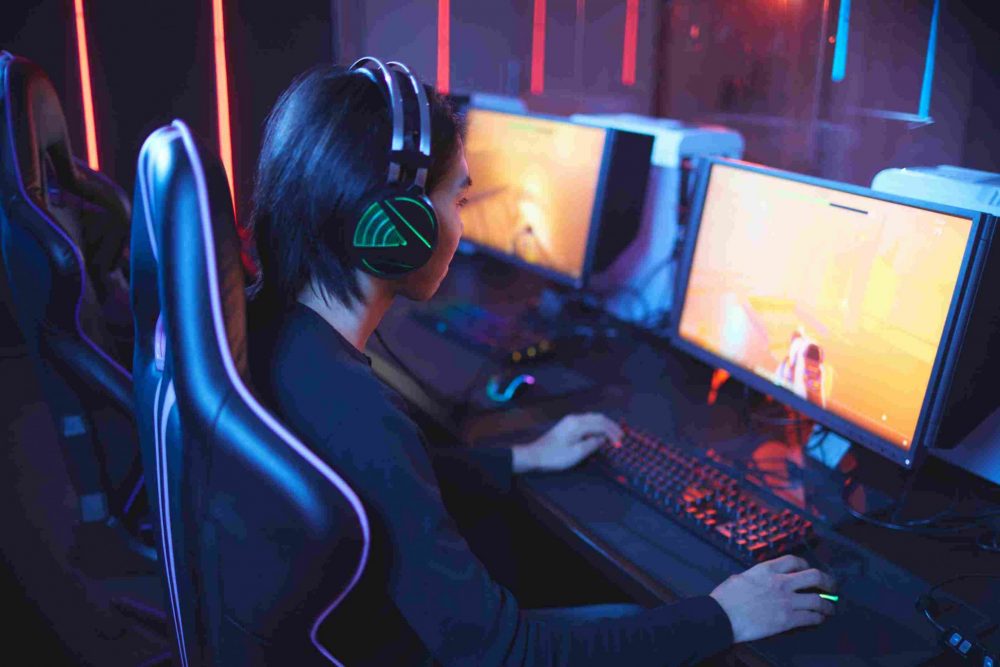 Netflix has dived headlong into the video gaming segment.

Netflix’s latest offerings in the gaming arena include Arcanium: Rise of Akhan and Krispee Street, raising the total gaming line up to twelve.

The streaming service shared the news on Twitter with the announcement, “Dive into a fantasy world where good, evil, magic, and technology collide for the ultimate tale of fellowship and bravery. Arcanium, an open-world single-player strategy card game, is now on Netflix.” It has been developed by Rogue Games.

Set in the world of Arzu, it has been reviewed as one of the best card-battle games. You are expected to battle dark forces as you set out to defeat Akhan the Calamity to save Arzu. Those who have given it a go praise its strategic element, gameplay, and graphics. The game has been available on Steam Early Access since December 2020 and has mostly received positive reviews.

While you are expected to be highly calculative and tactical in Arcanium, Krispee Street is more of a light-hearted game. The original webcomic boasts of around 147,000 followers on Instagram. Netflix’s official announcement states, “Jump into the quirky, curious, and feels-like-a-warm-hug world of Krispee Street, a hidden object game based on the webcomic of the same name. Get all the feels you never knew you needed, now on Netflix.”

The game offers a daily puzzle and a Zen Mode designed to help you destress. Players must scour through a large picture full of scenery, and characters to find their targets. It also includes original music and sound effects, daily challenges, collectible Krispee cards, and seven hand-drawn levels to explore.

However, last week, Netflix Inc. raised its prices in the US and Canada by $1 to $2, depending on the plan. It mentioned that this hike will help them create new and better content as competition heats up, with newer entrants in the streaming arena.

A Netflix spokesperson mentioned, “We’re updating our prices so that we can continue to offer a wide variety of quality entertainment options. As always we offer a range of plans so members can pick a price that works for their budget.” It remains to be seen whether users will be okay with this move.

Ultimately, Netflix aims to become the supreme leader in the entertainment space. It has set its sights on becoming a one-stop-shop that caters to all age groups, with its diverse set of offerings, be it games, movies, or documentaries.

How do you build your own Netflix