Netflix is testing a new feature that will allow views to replay certain scenes, either because they have missed something or simply want to watch it again. But some users think the odd instant replay feature is rather distracting.

The new feature of Netflix, which is only noticed by a selected number of Netflix subscribers, automatically appears as a pop-up notification asking if the users want to replay a just-concluded scene. And it pops up only after certain ‘highlight’ scenes, allowing users to immediately re-watch the scene without tampering Netflix’ standard time bar at the bottom of the screen. Such new features are helping new series like “Cuties on Netflix” like crazy. The controversial Cuties on Netflix is among top trending on Netflix list as well as trending on famous TV series domain.

“We’re trying out a feature which gives Netflix members the ability to re-watch favorite scenes and memorable moments with the click of a button,” the streaming giant told the Los Angeles Times. Netflix says it’s currently learning users’ responses and “may or may not” roll out the instant replay feature. 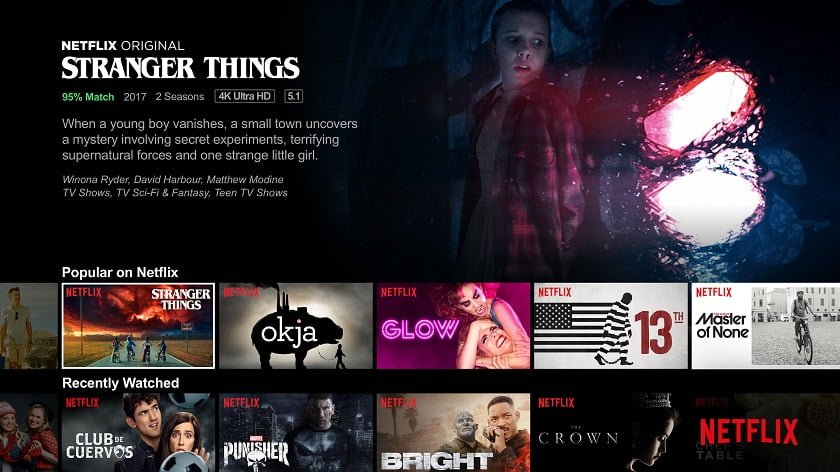 It’s not difficult to accept that most users are not impressed by the instant replay feature considering how frustrating popups can ordinarily be, let alone having them while seeing a movie. One anonymous Netflix subscriber said the feature is “distracting,” and asking why Netflix would “insist on devaluing film” with unwanted prompts. “So far it’s happened right after two intense scenes. Really took me out of the moment,” the user wrote on Reddit. “I hope this isn’t a permanent thing because it’s distracting and obnoxious.”

Netflix has in the past experimented showing shows on the login-screen and video promos between episodes. To improve its business, the streaming company has experimented with in-app subscriptions bypass and a new budget-friendly package for mobile devices only to promote the affordability of its service in emerging markets.

However, Netflix knows a lot about thinking differently and experimentation which is often a fundamental part of what makes a business successful. According to an analysis from Sensor Tower, an app intelligence firm, Netflix recently achieved a new record on consumer spending in its mobile apps. The company reached a staggering annual rise of 77 percent, hitting $86.6 million in revenue, with growing revenue in the international markets.

For now, Netflix’s instant replay feature works for the company’s original films, series and some licensed content, reports the Los Angeles Times. The company’s current plan is unknown; if it would release the feature to all of its subscribers – over 120 million worldwide or not. However, any decision could be determined by users’ reactions to the app, including that of the anonymous Redditor which is not positive. With intense mix reaction, Netflix could allow users to enable or disable the feature through users setting.

The Top 10 list will appear on your Netflix home-screen, but the list’s definite position will vary based on how appropriate the TV shows and online films are to you (viewers). For example, if you only watched documentaries and horror, a top 10 list filled with teen rom-com’s and comedies may not appear as high on the screen for you as it would for others or may be just alternatives.

The list itself is also intended in a way that makes it stand-out from the other rows of popular show references. Instead of just exhibiting image thumbnails of the titles, Netflix includes big numerals to show how those titles are ranking to gain more visitors and subscribers.

The feature arrives at a time when Netflix is sentiment the pressure from increased streaming competition in online video streaming. User growth in the U.S. has been falling short, at the same time that rights holders pull back their valued content for their own rival streaming services, like NBCU’s Peacock and AT&T/WarnerMedia’s HBO Max, as few examples. Netflix is constructing more originals than ever to trap the audience, but many of these Netflix Shows are now of typical quality or are cheaper-to-produce authenticity Netflix online TV programs. It hasn’t yet won a series race at the Emmy’s and its immense gamble on Scorsese’s “The Irishman” was one of the superior snubs from this year’s Oscars.

The Netflix Company has never been entirely transparent about viewership metrics. It releases numbers when an online TV show or Netflix’s top categories film breaks a milestone of some sort — like “The Witcher” and the 76 million households who “chose to watch” the series. Netflix online TV show also sacks third-party estimates, like those from Nielsen, as less-totaling its true Netflix latest show viewer numbers.

Netflix may be the Big Red Streaming Pillar, but this holiday season, they certainly seem a lot further green like a grinch after looking at the streaming service’s newest list of retreats to end the year. And boy, this thing isn’t just a knob of coal; it’s an entire mine of it.

Principally, think of somewhat you like to watch on Netflix – and it’s gone. The Indiana Jones movies? Gone. The “Back to the Future” trilogy”? Sayonara. “Into the Spider-Verse”? Web-slinging someplace else – and on Christmas Day at that. You’re not theoretical to gross things AWAY on Christmas, Netflix! “The Notebook”? “The Town”? “Airplane”? All axed.

“The Office,” one of the streaming service’s utmost vital background noise generators? Fired and soon to be afresh employed over at Peacock. Netflix is sentiment so grinch-like, they’re getting rid of both topical Grinch movies: the Jim Carrey edition and the animated one from a few years back. Because who desires the Grinch to ruin all your festive fun when the streaming service is deed adequately of that without any help required!

And that’s just the tip of the iceburg – because of course this is how 2020 ends.

Here’s the full list of all the movies and television displays leaving Netflix in December.

“The Art of the Steal”

“Berlin, I Love You”

“Spider-Man: Into the Spider-Verse”