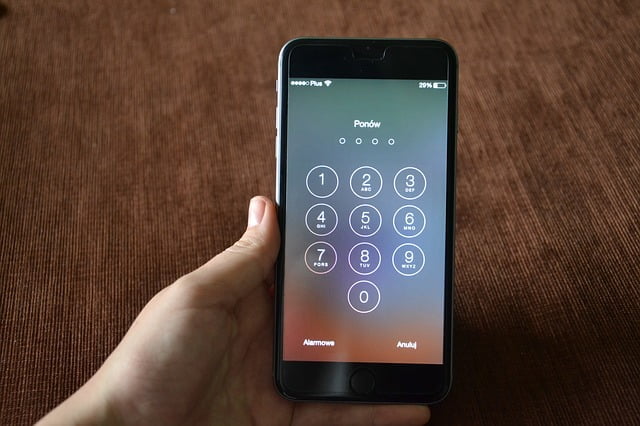 Apple Inc is so confident over its robust data encryption capabilities. The company told a judge in the United States that advancing data out from a locked Apple iPhone is highly impossible with its latest Apple OS, but with their robust technical ability, they can help law constraints to unlock the older Apple iPhones. This statement has been recorded briefly on Monday, after New York’s federal magistrate judge queried its effort as he pressurized the United States Department of Justice with a request to force Tim Cook’s company to help the given administrations access a confiscated Apple iPhone from an investigation. The company has mentioned that 90% of the data from devices, which are running on iOS 8 or operating system higher, will be impossible to access because of its strong encryption methods.

Earlier Technowize reported that, the data from devices that are inaccessible while in a locked Apple iPhone includes a special feature, which prevents everyone without a passcode from withdrawing the data, including Apple. This feature was adopted amid the high privacy concern of the nation is 2014, which went on a hike after Edward Snowden, the former NSA contractor’s leak about the surveillance programs of NSA.

James Orenstein, the US magistrate judge was told by Apple that it can help the administration in accessing the 10% of devices, which are using the older function, and it also compelled the judge to not comply the request made by the justice department. Orenstein showed his incredulity on whether he could demand Apple to disenable the Apple iPhone security, accusing the failure of congress to act on the encryption issue despite strong requests from the FBI and justice department.

Apple lawyers said, “Forcing Apple to extract data in this case, absent clear legal authority to do so, could threaten the trust between Apple and its customers and substantially tarnish the Apple brand,”

Apple has been scheduled to address the issue again today in the court hearing. The case has been re-ordered, which will require Apple to help in the completion of a search warrant that has been issued by the US district court.