New Chrome Extensions: Make More Out of Your Web Browser

Curating the best Chrome extensions to use at the moment.

The new Chrome extensions have made the browsing experience even more lively. They are allowing users to explore the additional functionality on offer and work in a more seamless manner. For the uninitiated, developers work tirelessly to build new extensions on Chrome. And thanks to their painstaking efforts, we get to see new variants of extensions on the most popular web browsing platform every year.

This year too, was no exception. Throughout the year we witnessed some gems of Chrome extensions. While all of them went on to add some value or the other to the leading web browser of the world, some of them really stand out from the crowd and call for a separate discussion.

Hence, here we go! Presenting before you our curated list of the best Chrome extensions of the year that’s well approaching its fag end. Let’s click to unravel the brave new world, which has been opened up thanks to the Chrome extensions 2022. 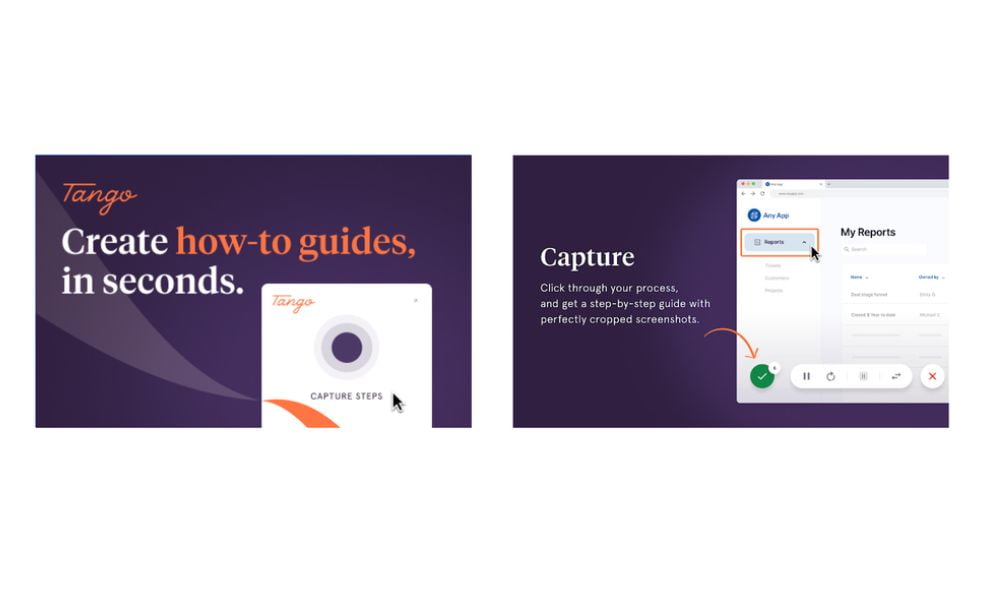 Tango, which is certainly one of the best Chrome extensions, automatically unfurls how-to guides while you are working. [Image Credit: Google]

The new Chrome extensions are meant to help automate, share and grow your work in the bid to unlock a much more productive experience on the web. Time to shed some light on the best Chrome extensions of 2022, each of which brings a different add-on to the table.

Let’s get started with Tango. This is a brilliant extension which automatically unfurls how-to guides while you are working. Indeed, quite useful during rush hours. Bingo!

SwiftRead aids you in reading. You would be amazed to know that it is capable of enhancing your reading speed three times faster. If you are a bibliophile, then don’t look anywhere else and make your online reading sessions an absolute bliss.

Are you into research? Then LINER can make things super easy for you. It becomes your personalized research assistant and aids in your project.

If you are interested in exploring the possibilities of the intersection of AI and writing then there’s a gem of an extension for you! Compose AI facilitates you in automating your writing with the power of artificial intelligence. Sounds cool? Try it.

If you are a designer and wondering if we have anything for you, then don’t worry. We have it all. Welcome to Visbug, which helps designers to make subtle modifications to a website’s text and images, almost effortlessly. See the difference, thank us later.

If you are willing to look beyond the workplace, there’s so much in store. To your utter exhilaration, the US Visa Slots offers the latest U.S. visa appointments availability in India to surpass a challenge that has so much at stake –  5.5 million U.S. visa-seekers a year.

Workona Tab Manager helps you out with the frequently increasing tabs and organizes workspaces to ensure the smooth running of your projects alongside helping you keep a track of what’s important.

For gaming, jump with RoPro, which amplifies the experience of over a million Roblox players by adding dozens of exciting features to the game. The gamer inside you will be simply overjoyed.

On the other hand, with eJOY at your side, you can binge watch movies, TV shows and videos with dual subtitles. Hence, while enjoying your favorite shows, you can even get hold of a new language in the process.

Now the mathematics of your life will become super cool. On a serious note, you can have Equatio, which makes math digital, helping out teachers and students across levels in generating math expressions seamlessly fast.

If you are a student or a research scholar and working on a paper, then MyBib: Free Citation Generator will become quite handy for you. For, it automatically comes up with bibliographies and citations on behalf of you as you browse the web tension-free.

Google’s Chrome happens to be the most widely celebrated web browser in the world. Be it Apple Safari, Mozilla Firefox or Microsoft Edge, none can match Google Chrome on any front. Of late, Chrome managed to widen the gap even further courtesy of the new Chrome features.

The Mountain View-headquartered tech-giant announced that very soon it would be rolling out the two new Chrome features during the next Chrome update. These are the Chrome Memory Saver and the Chrome Energy Saver. While the former will aid Chrome to free up memory by closing the tabs you are not currently using, the latter will facilitate Chrome to save your device’s battery.

Interestingly, both of them are extremely useful and will allow Chrome to unleash more power in the race against its rivals. For, the Chrome Memory Saver uses up to 40% and 10GB less memory to keep your current tabs running smoothly, while closing the ones which you don’t need at the moment.

On the other hand, the Chrome Energy Saver facilitates Chrome to automatically start saving battery by limiting background activity and visual effects for websites with animations and videos, as soon as your device’s battery plummets down to 20%. Thus, turning out as your saviour when you are on the verge of missing out on an important business call or a crucial team meeting.

Therefore, these two new features make Chrome further suited for users who are forced to keep several tabs open simultaneously, running intense applications, like editing family videos or playing games. Moreover, they don’t need to go to their wit’s end during crunch situations, when their device’s battery level languishes at the bottom and there’s no charger around.

Hence, it doesn’t seem that any of Chrome’s archrivals, Firefox, Safari or Edge will be able to edge it past in this age or anytime soon. Thanks to the new Chrome extensions and the new Chrome features, its global supremacy remains safeguarded on strong foundations.

The extension of Chrome’s bull run through the new extensions and features, might well give a kick to Safari to push the limits and pose a serious challenge. One must take note of the fact that Safari enjoys a huge potential customer lineup thanks to the Apple devices, which enjoy an immense fan following around the world.

It would be quite interesting to figure out how Safari or for instance Edge or Firefox manages to upgrade themselves, as the new year unfolds shortly. Don’t worry, as always, we at Technowize will be keeping a close tab on their progress as well as on the journey of Chrome, and will keep you posted with exclusive updates on our page.

What are the new Chrome features?

The new Chrome features are the Chrome Memory Saver and the Chrome Energy Saver.

What are the best Chrome extensions?

These are some of the best Chrome extensions – Tango, LINER, SwiftRead, Compose AI and Visbug.