The world’s leading browser, Google Chrome today received a fresh look on the account of its 10th birthday. This is the first time that the search giant has redesigned its browser after debuting on September 2, 2008. 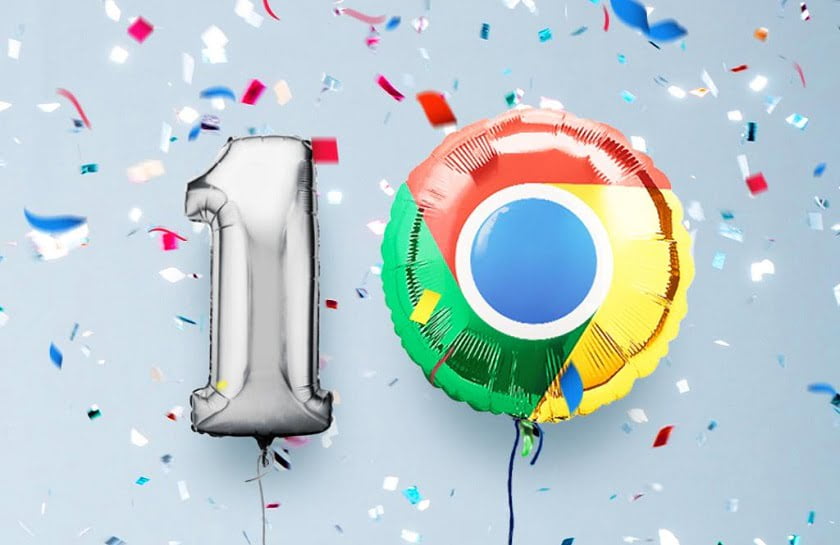 This is the first time that the search giant has redesigned its browser after debuting in 2008. Source: Google Chrome

By far, Google’s Chrome has easily taken upon competitor web browsers Apple’s Safari, Firefox’s Mozilla, and ace rival Microsoft’s Internet Explorer and Edge on the basis of its simple and neat interface. The market research firm NetMarketShare had mentioned in May 2018 that Chrome was holding more than 60 percent market share on both desktop and mobile platforms.

Let us check out what all new functions we could find on the new version of Google Chrome.

The tabs of Google Chrome are now more rounded across all platforms including iOS, Android and desktop. On iOS, the toolbar is pushed to the bottom of the screen, so it’s easy to navigate on the browser.

For the users who like to have multiple tabs open at a single time, there is a significant overhaul in the new Google Chrome interface. The interactive will be muted under the background in the form of text web address. This will make it easier for the Google Chrome users to identify each website, resulting in faster switching across multiple opened tabs and hence boosting productivity.

“While today brings changes to the part of Chrome you can see, we’re always working on “behind the scenes” improvements to Chrome, and we’ve made a lot of those in 2018,” cited on the company’s blog.

Keeping same/similar passwords for multiple websites is a common habit of the internet surfers which is also a massive blunder in light of vulnerable security in the online world. The search giant took the matter of online security threat in its own hand and integrated Chrome with exceptional functionality.

On behalf of the users, Google’s updated web browser will now create strong and unique, whenever any site will ask for the new password. In fact, there is no need to write down/save the list of all new passwords, Chrome’s password manager itself will fill them up whenever users sign in the next time. How secure this feature is, the world will soon get to know!

The internet ecosystem has undergone a dynamic change in the last decade. Majority of shopping, financial transactions, and socialization now happen online. Google Chrome has eased out the online checkout forms process as it can now precisely auto-fill in the passwords, addresses, and card numbers.

Omnibox: The name says it all

The elongated white box, visible at the top of the screen, doubles up as search bar as well as the address bar. The all-new Google Chrome has added more functions to it. From now, it will show-up suggested answers direct in the search bar rather than opening up a new tab.

But the best part is yet to come. When there are multiple tabs opened in the three different windows and users type a specific website title in the Omnibox, Chrome will let know them if the entered URL link is already opened. Then it will show up a dialog box – “switch to tab” for accessing the mentioned website.

What’s more, Omnibox will soon get this support to Google Drive also.

On its 10th birthday, Google Chrome enabled its user community to personalize the interface to give it a distinct visual appeal.

Using a gear icon on the desktop, one can now upload a custom background for the new tab instead of a blank white landscape. Moreover, the surfers can also create Shortcuts to their favorite websites on a new tab and manage them accordingly.

Probably all of us seen that Dino Game Easter egg, that emerges when there is no internet connectivity. For the month of September, Google is replacing it with birthday cakes, party headgears, and balloons.

“While today brings changes to the part of Chrome you can see, we’re always working on “behind the scenes” improvements to Chrome, and we’ve made a lot of those in 2018,” cited on the company’s blog.

Install These Chrome Extensions, And You Are Good To Go