IDMscan has set the pace for how to provide instant ID authentication results for embassies, banks, cryptocurrency exchanges and other financial institutions who want to undergo a primary second-source verification.

Seth Sewornu, the former head of the Ghana Police Visa and Document Fraud Unit, once met a man who tried to rent his passport. The detective had a valid UK visa, and the man offered him $1,300 because they looked alike. If Sewornua had leased his passport to the visa fraudster—he did not—it would not have caused much trouble because the facial-analysis systems at Border Control were not that accurate at the time. During this time identity fraudsters were notoriously inventive and much harder to beat.

It has been a struggle over the years to authenticate a person’s identity and personal identification details while also making sure that government guidelines are followed in the process. But all hope is not lost. IDMERIT, a California-based global identity verification company, has developed a user-friendly app that provides instantaneous ID authentication results for identifying fraudulent identity documents.

Over the past few months, IDMERIT has provided financial institutions, nonprofits, and government agencies worldwide with its advanced identity verification solutions.

The company is now putting even more weight behind its efforts with the launch of IDMscan, an app that connects to official data sources in various countries and offers an immediate ID authentication solution for online and offline conditions. 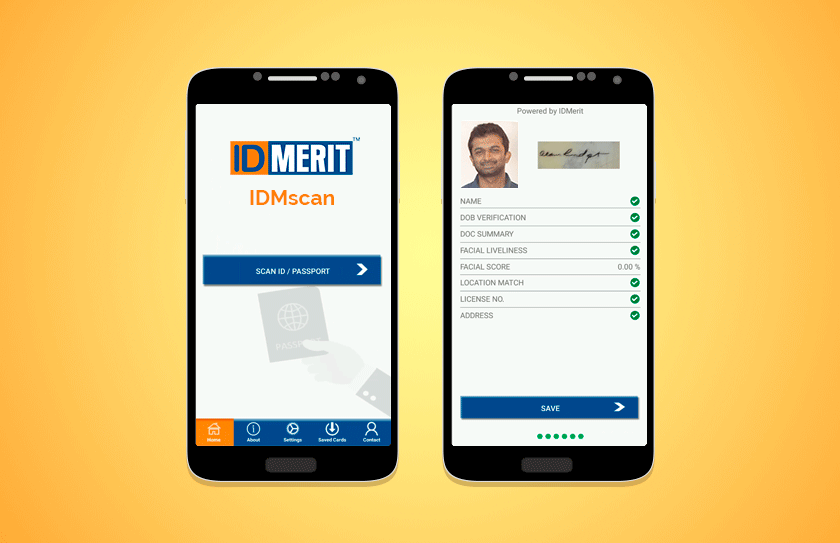 The IDMscan app has lined up several unique features which will simplify the job of anyone who works in risk and fraud assessment.

Our team’s assessment of the app comprises of testing the key features including how the ID of a user is scanned, cropped, PI details extracted, image extracted, ID authenticated, face liveness detected, face recognition processes, signature extracted, and PI details sent to an official in-country source to be verified.

The IDMscan app has the capacity to extract data from the ID and verify it with a person’s country of origin government database and send it to a live in-country database.  The app can verify the authenticity of government issued national IDs such as passports, driver’s licenses and more by simply checking the graphical data and security features from over 90 countries.

In the emerging world of FinTech, where convenience, efficiency, and accessibility remain a top priority for industry leaders, validating user identification with as little friction as possible is important. Nevertheless, businesses face the difficult situation where they must decide what to do when a user produces an ID from a different country. How is a business supposed to know if the user is really who they claim to be while providing a seamless customer experience?

Case in point: In recent times, Nordic banks have come under fire for forgoing KYC. They most likely did this because their current set of KYC processes is time-consuming and unmanageable. The overload of documents that most institutions and government agencies have to thumb through explains why most ID authentication algorithms are slow, error-prone, and involve manual intervention.

This has led to the sudden demand for apps like IDMscan that are improving identity verification and facial recognition technology by leaps and bounds. Unlike conventional solutions, the IDMscan app is completely automated and requires no human intervention for accurate reporting. In fact, businesses can even run ID verification checks without sharing any data and storing the data on their own server.

Using facial match and personal information the app has the capability to process over 20 languages. This includes some of the world’s most complex languages such as Arabic, Kanji, Korean and more.

Our team’s assessment shows that no other solution is as comprehensive as what is offered by IDMERIT.

IDMERIT’s IDMscan app is ideal for international banks with multiple locations around the world and embassies who want to undergo primary second-source verification protocols. It is also the perfect solution to on-demand companies like AirBnb, Uber and Lyft that rely on instant identity verification to confirm the identity of their users. Cryptocurrency exchanges could also benefit from by using the app for self-regulation.