Now you can convert any of your desks into a dream workstation, with more power than ever.

The new Mac mini has been suddenly rolled out by Apple, of late. This comes as quite a surprise move to the entire tech-world, as the Cupertino-based tech-giant used to conduct its first launch event of the year in March, when it would introduce new iMacs along with their accessories.

To be very honest, not even the staunchest Apple nerds did expect the company to come up with a new Mac mini line up, at the very beginning of this year. One mustn’t forget that the market continues to remain volatile, with another wave of tech layoffs looming large.

Hence, this very fact speaks volumes about the Apple products and proves that they can manage to sail through, even when the conditions are not favorable, rather, tricky. Moreover, Apple’s Mac mini happens to be a unique product that belongs to a rare breed, which has surely helped its cause in a great deal.

It will now unleash a more power-packed performance, as it is bolstered with the electrifying presence of the M2 chip and the all-new M2 Pro chipset. It has been learnt that thanks to their inclusion there has been a giant leap in terms of the overall performance, as compared to the previous models.

Apple has kickstarted the year on a blitzkrieg mode, as the company has introduced the revamped Mac mini alongside the new Macbook Pro, which comes with M2 Pro and M2 Max chipsets. This seems like firing dual Berettas and forces its market rivals to go on high alert.

Let’s delve deeper with the newly crafted Mac mini lineup to figure out what’s exactly on offer and analyze the important aspects. 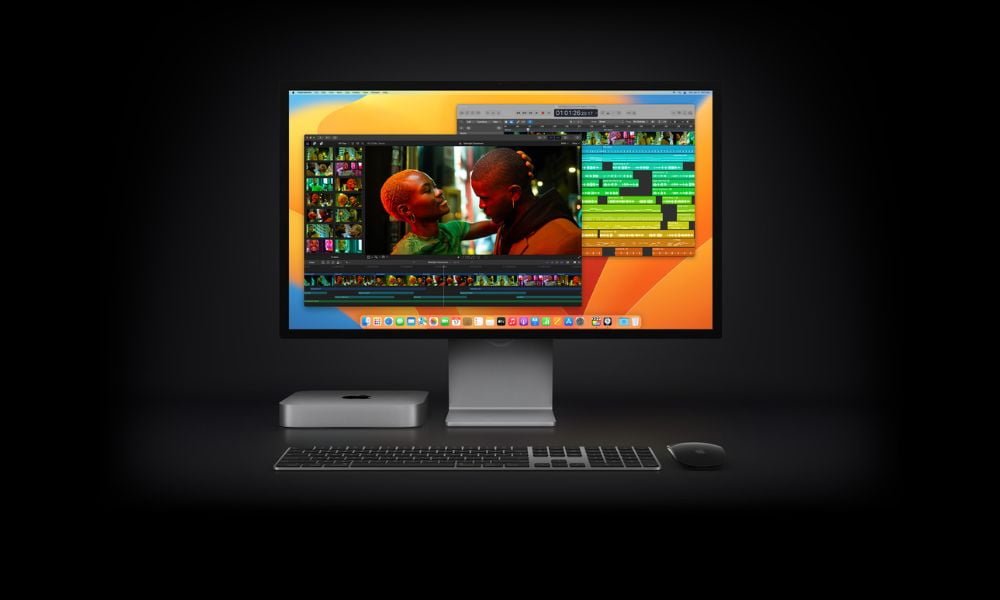 The next generation of Apple silicon has paved the way to the hardest‑working Mac mini Apple has ever built. [Image Credit: Apple]

In a nutshell, the revamped Mac mini now turns any desk into a more powerful workspace. For, M2 and M2 Pro catapult a faster next-generation CPU and GPU, quite higher memory bandwidth and a more enhanced media engine to Mac mini, generating top-notch performance and industry-leading power efficiency. Both of the models comprise an advanced thermal system aimed at ensuring an exceptional sustained performance.

Even Apple’s senior vice president of Worldwide Marketing, Greg Joswiak couldn’t hide his excitement to the press about the immense potential of the revamped Mac mini, “With incredible capabilities and a wide array of connectivity in its compact design, Mac mini is used in so many places, in so many different ways. Today, we’re excited to take it even further with M2 and M2 Pro.”

M2 Pro guarantees pro-level performance to the product for the first time in its entire history. It brings an array of advanced tools and enhanced features on the table. Let’s have a look at its value add-ons –

Therefore, it’s quite evident that the next generation of Apple silicon has paved the way to the hardest‑working Mac mini Apple has ever built. Be it rich presentations or immersive gaming, M2 immediately strikes a chord by striking a fine balance between work and play. Whereas, M2 Pro seamlessly delivers compute‑intensive tasks like editing massive images and 8K ProRes video.

You can surely go for the latest Mac mini, which is going to hit the stores on January 24. For your information, the pre-orders have been already started by the Cupertino-based tech leader.

How much does the new Mac mini cost?

The new Mac mini is quite affordable, as it starts from just $599.

When will the new Mac mini release globally?

Pre-orders have already started and the new Mac mini is all-set to hit the stores on January 24, 2023.