Researchers at Google Robotics Lab teach robots about their limitations.

As we approach the last quarter of 2022, the search for ‘latest robots for home’ is at an all-time high with Google AI robots topping the search results. The recent reveals from Google Robotics Lab shed light on the rapid advancement of AI-powered robots especially in terms of smart quotient. Let’s do a walking tour through the new-age technology of advanced robotics and its various implications.

We are living in an age where Siri and Alexa are becoming almost household names. Google Assistant too has become quite popular these days, globally. Trying to be at par with our fast-paced life and its growing demands, AI outfits across the world are pulling up their socks to step up their game in the realm of advanced robotics.

Unsurprisingly, Google leads the pack of companies who are desperately attempting to reduce the distance between the functionalities of voice assistants and latest robots for home. Serious interests around AI-equipped robots have grown manifolds in the recent times and next-gen Google AI robots, meant to ease our daily lives, are experiencing a giant surge.

The greatest challenge in this regard, seems to be the wide difference between voice assistants and ‘everyday robots’ so far as Natural Language Processing system is concerned. Even when it comes to the leading voice assistants at present, the end product lands in utter dismay at times.

Contrary to high hopes, Apple’s Siri has failed to a great extent as she continues to misread simple instructions – an act which experts believe has something seriously to do with Natural Language Processing system. This is where Google AI robots are reported to outsmart others thanks to massive breakthroughs in the new Pathways Language Model (PaLM), which falls under the category of Large Language Models (LLM) system. 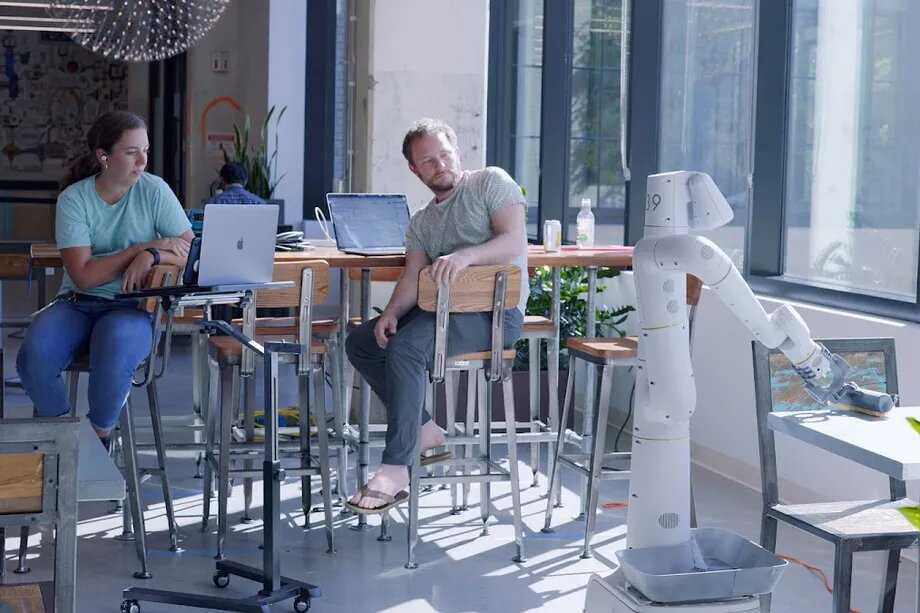 Google AI robots are becoming way smarter with every passing day as researchers are making them aware of their limitations in performing various daily tasks. [Image Credit: Google AI]

In order to reach the next level and broaden the horizon the first thing one has to do is to become conscious of their limitations. This really helps in a great deal to stretch yourself and enhance your capabilities. It seems to be the golden rule and is applicable to almost every sphere of life. The world of advanced robotics is no exception.

In their bid to create the best robots for everyday usage, the researchers at Google Robotics Lab is doing the same thing. They are designing the programming in such a manner that the latest robots for home are taking note of their shortcomings. Thus, whenever they fail to perform a certain task properly, they are guided on it and facilitated to register the right way to do that in their brains hard drives.

Through activities like table tennis, Google AI robots are being trained to unlock a major boost up to their intelligent quotient. Vincent Vanhoucke, Distinguished Scientist and head of robotics at Google Research, unfurled the secret behind using ping-pong as a smart tool to train them – “Ping-pong is a really nice microcosm of the problem. It requires precision and speed. You can learn from people playing: it’s a skill that people develop by practicing.”

Over the years, robots have managed to rise and shine in industrial setting but the overlap with human beings might not be full-proof. Hence, this remains an area of concern as we move forward to embrace the first of its kind, Google AI Robots in household settings.

Google is yet to confirm when these latest robots for home will be offered for commercial and personal usage. For the time being, it’s only an integral part of the continuous process at Google Robotics Lab to bolster the scopes of advanced robotics.