Nikon’s DL range is the most powerful line-up of compact cameras to debut the market so far. The Japanese multinational camera manufacturing giant is planning to change the entire concept of point and shoot with its latest entry in the market.

The DL line-up from the flagship is packed with the powerful and innovative technology of imaging into brilliantly designed bodies of the compact camera, making it efficient for the user to carry absolute prowess in imaging.

The latest range from Nikon has 20MP 1-inch sensors, similar to that of the current range of mirrorless camera in the market by Nikon. It is comparatively smaller than APS-C and Micro Four-Thirds sensors found in the common mirrorless cameras and low-cost DSLRs.

The sensors, although, are bigger than smartphone sensors, and quite frankly the size of the sensor is one of the most vital element that matters, as bigger sensors provide better lighting, better details, the best performance in low light, and a better all-around performance. 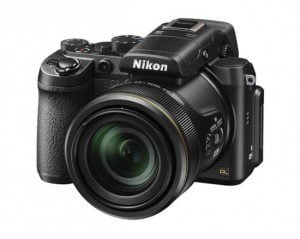 The duo is almost similar with a very few exception, for instance, the lens, which can be also indicated by the lens. The DL 18-50 incorporates Nikon’s coat of Nano Crystal in order to minimize flare and ghost ratio on its comparatively shorter zoom aspect with the lens of f1.8-f2.8 and 18-50mm range.

The Nikon DL 18-50 is the best in class as it carries the lens of widest-angle available in the compact cameras, which makes it highly suitable for street, environment, and landscape photography.

The additional 20 frames / second with auto exposure and autofocus, which definitely boasts the superior point and shoot, continuous shooting specifications of its rival.

Apart from this, the camera range also includes video capture feature in 4K, burst shoot of 20fps, the hybrid system of autofocus, slow-mo of 1200fps, and OLED touchscreen on the rear.

The fantastic range of compact camera by Nikon will cost you a bit more than its rivals available in the market, but it’s absolutely worth it. DL24-85- $650

The powerful line-up of the camera by Nikon will start shipping in June.