Nintendo finally announces its third mobile game which goes by the name Animal Crossing: Pocket Camp. The game is free-to-play and will be released on Wednesday, November 22nd. The news was broken by Isabella personally on the official @AnimalCrossing Twitter account. Pocket Camp seems to be coming at the right time when people will be relatively free from their studies and work. 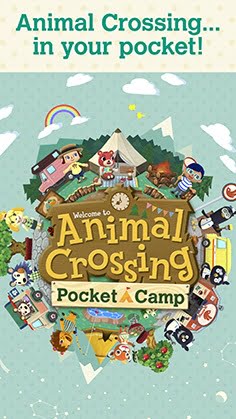 The game witnessed its soft-launch last month in Australia.

The game already witnessed its soft-launch last month in Australia. The reason for choosing this continent was to test their game on a smaller market before they make it available for North America and Europe. The game was to be initially launched earlier this year, but the delay was made for games like Fire Emblem Heroes and Super Mario Run to have their run in the market. However, the delayed timing of the release couldn’t be more apt. With the holiday season setting in, people can play the game to their heart’s content while travelling. But, one little drawback of the game is that it requires internet connection.

Animal Crossing: Pocket Camp is free for Android as well as iOS users. The game also incorporates microtransactions where the player can spend real money to buy “Leaf Tickets”. Nintendo announced regular updates with “seasonal events”, furniture and outfit items for a limited period. The Pocket Camp game requires the player to put himself in the shoes of the campground manager. The player must look after the visitors by building a camp area. The manager must keep the visitors safe as well as happy and entertained. The gamer can also customize their own camper by selecting various options. The game allows you to make new friends and also have your IRL friends visit your camp. The game already ignites quite a lot of excitement.

The Animal Crossing was first introduced as a community simulation video game which was developed by Nintendo. The human player inhabits in a village where animals carry out activities like fishing, fossil hunting, etcetera. There have been four Animal Crossing games that are published worldwide – Nintendo 64, Nintendo DS, Wii, and Nitendo 3DS. The Animal Crossing: Pocket Camp has been made available for the phone users to play the game whenever and wherever they like.