Nintendo Co. has begun reaping the benefits of its biggest bet made on Switch, the hybrid gaming consoles. The Japanese gaming company sold 19.67 million units of Nintendo Switch globally as of June 30, 2018. The figures are quite impressive as the company established a goal of selling 20 million Switch consoles between April 2018 and March 2019.

Within 15 months of the Nintendo Switch launch, it has surpassed the lifetime sales record of the predecessor console Wii U. Going beyond the internal milestones, Nintendo’s hybrid consoles (works on TV mode and handheld) outperformed the leading gaming console, Sony PlayStation 4 (PS4) initial sales record too.

The rival gaming company had sold 20.2 million units of PS4 worldwide approximately after 16 months of its launch in November 2013, according to GoNintendo tweet. Scratching deeper, PS4 achieved these numerals with two holiday seasons whereas Switch secured that achievement with one.

Nintendo announced the sales statistics during the first quarter earnings call on Tuesday, Aug 31. It has sold 1.88 million Switch consoles in the quarter ending on June 30, a slight drop of 4.4 percent when compared to the same quarter in the previous year.

These figures also appear dull in comparison to the 2.93 million and 7.23 million sales accounted in its preceding two quarters. The results are not shocking in light of April-June being no-holiday duration time period of the year.

“For Nintendo Switch, hardware sales in every region have been trending upwards since the video game expo, E3, was held in the US in June,” Nintendo said in a statement. “In parallel with an increase in digital sales, software sales also have been moving in good shape towards the holiday season.”

The software segment traded off the slow growth in the Switch hardware department. The software on Nintendo Switch witnessed a steep rise of 120.8 percent in earnings on a year-over-year basis. While the Nintendo software sales recorded 8.14 million in the year-ago quarter, it went straight to 17.96 in the 2018 Q1. 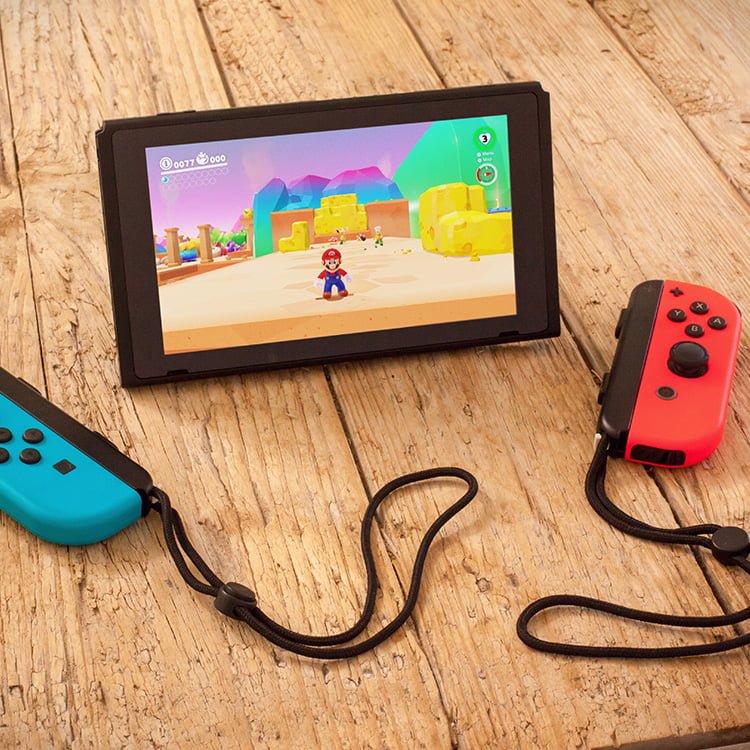 The popularity of Nintendo Switch consoles cannibalized the gaming company’s other market. The hardware sales of Nintendo 3DS dropped to 0.36 million units in 2018 Q1, a drastic 61.9% decrease from the previous year’s sales record of 0.95 million units. A similar result was reflected on the 3DS software side too. About 2.95 million software units were sold on 3DS, illustrating a 49.6% decrease on a year-on-year basis.

During the 2018 first quarter, Nintendo Switch title Donkey Kong Country: Tropical Freeze became a hit from the day it was released in May, attaining sales of 1.40 million units globally. With 1.38 million units sales, Mario Tennis Aces, another title introduced in June (Wimbledon period) also gave a good start to Nintendo.

Simultaneously, the operating profit accounted for 30.5 billion yen ($273 million) in the last quarter, 88 percent up from the last year’s Q1 performance. In addition, the ordinary profit was 43.8 billion yen ($391 million), an increment of 41 percent on year-over-year basis.

With a blockbuster portfolio of video games including Fortnite, Pokemon, Super Mario series, and The Legend of Zelda, Nintendo is coming with a bag of fresh titles in the second half of the year.

The newest titles in Pokémon series – Pokémon Let’s Go, Pikachu! and Pokémon: Let’s Go, Eevee! will land in the market in November, followed by Super Smash Bros. Ultimate in the Christmas month.

Other than this, Nintendo also plans to launch Nintendo Switch Online, a paid service that widens online functionality features on Nintendo Switch, in September.

Moving to the smart-device business, the Japanese gaming company has scheduled a fresh game application named Dragalia Lost for the summer, along with Mario Kart application titled Mario Kart Tour, by this fiscal year-end.