Vans Off The Wall: The Nintendo Line Of Shoes And Clothing

To commemorate the early days of video gaming, when Nintendo was the one who ruled the throne, the California-based manufacturing company Vans is here with Vans Off the wall, a Nintendo line of shoes and clothing. So, does that mean we can finally have our favorite Nintendo game characters printed on our Vans shoes and on Vans clothing line? Yes, that’s happening! 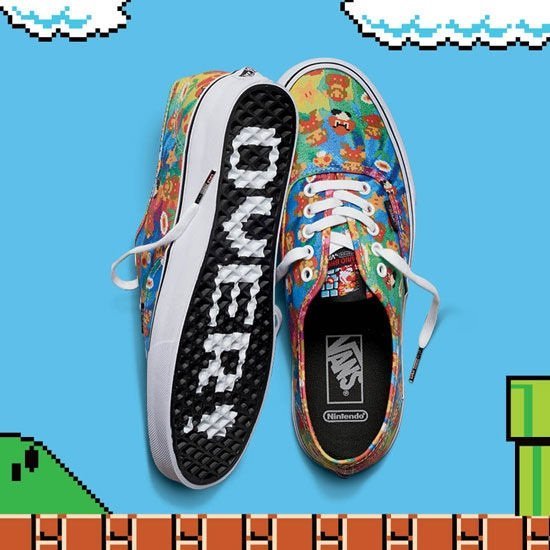 Even when there was no Nintendo version of Vans, they were everyone’s favorite brand to wear when it was about casual wear. But as the company is coming up with its products that have got the print of the pixelated perfection of Nintendo will boost its sales like anything. Vans not only provides the Nintendo version of its products, it has also adopted the Nintendo theme in its packages.

Nintendo Line Of Shoes And Clothing

The official Vans Off the Wall blog describes the Nintendo line of shoes and clothing as follows:

The Vans x Nintendo Classic footwear assortment kicks off with four variations of the Authentic silhouette. Travel to the Mushroom Kingdom for the first colorway, the Super Mario Bros. Tie-Dye, which showcases an all-over character print of Mario alongside several “power-ups” and the villainous Goomba over an 8-bit tie-dye pattern. A second color-up features the original damsel in distress, Princess Peach, awaiting rescue from her brave plumber. Duck Hunt comes to life atop a digi-camo backdrop featuring the hunting dog and flying duck and the final execution of the Authentic is an ode to Donkey Kong and incorporates imagery from its first level to present the title character in a unique floral arrangement. Vans’ iconic lace-free silhouette, the Classic Slip-On, appears in the sneaker line-up with graphics and quotes from The Legend of Zelda. A Sidestriped trio of the Sk8-Hi, Old Skool and Sk8-Hi Slim for women pay homage to the NES with prints and colors inspired by the console. Lace-up styles are trimmed with special details including Nintendo game logos on the tongue label and NES controller lace caplets. For the greatest feature, kick up your heels to reveal Vans iconic waffle sole printed with ‘Game Over!’

The coolest thing about these Nintendo shoes is the soles that come with NES “Game Over!” printed on it. That is so cool! It’s eventually going to wear out, but still, it’s pretty amazing! 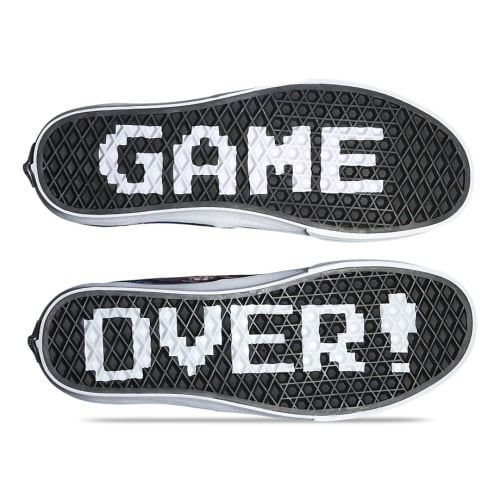 All the designs for Nintendo shoes and clothing are available for sale right now on Vans’ website, costing approximately $70 per item. Nintendo Vans are costlier that the usual vans but it’s totally worth it if you are a Nintendo fan. You want that pair of sneakers that has a print of Super Mario all over it, don’t you? Here is a suggestion: If you really want a pair of sneakers or a backpack or any other product, get it as soon as possible, because the stocks might not last for long, considering the number of Nintendo fans out there.