After The Legend of Zelda: Breath of the Wild went on to become a huge success on Nintendo’s Switch and WiiU console, the Tokoyo-based Nintendo Co. is planning to bring Zelda game to your mobile phones based on the franchise, reports the Wall Street Journal. The company says that they are working on the mobile game and is planning to release it sometime later this year.

For Zelda, it is really a big news and they get an opportunity to mark another major move by making out in Nintendo’s mobile gaming space. The release of the Zelda game for the mobile will line up after the launch of Animal Crossing. However, we are expecting Animal Crossing to arrive in the second half of the current year; likely to arrive sometime soon. 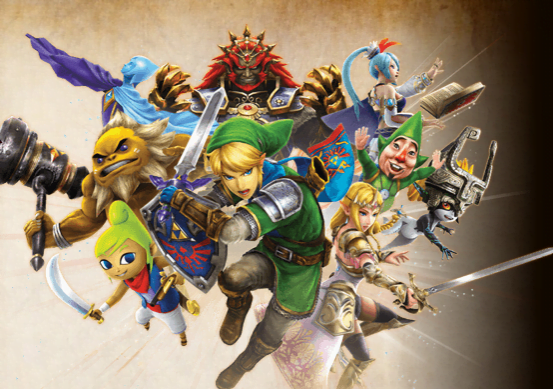 Nintendo CEO Tatsumi Kimishima said last month that the company is planning to release two to three new smartphone games by March 2018. The Wall Street journal report doesn’t have any specific details on the new Zelda title. But the title will be developed in partnership with mobile giant DeNA. Also, we have no clue on how much the game will cost. It may follow one-time pay system of Super Mario Run or free model of Fire Emblem Heroes. For super Mario Run, Nintendo’s very successful game, the company charged $10 for the full game.

In 2015, the Japanese company noted that it will release five mobile games by 2017. Previously, it launched a social app called Miitomo, followed by Super Mario Run and then Fire Emblem Heroes. It is not clear whether the mobile game will bring the same modern features as in Breath of the Wild.

Legend of Zelda: Breath of Wild

Let us once get down to the game-play insight of the latest Zelda game Breath of Wild.

The Legend of Zelda: Breath of Wild is a game lacking no elements – features adventure, roleplay, action, and mystery. The game revolves around a story of princess ‘Zelda’ and unfolding it keeps up your interest. In the midst of gorgeous landscape, subtle music, ambient sounds of wildlife and tempo of adventure, the game lends you an enchanting experience. Also technically, it has wonderful graphics and animations. The dramatic storyline and the technical excellence makes the game a perfect package.

The identification of the game making its way to smartphones is really exciting news for the Nintendo fans. In the fiscal year, Nintendo made only $176.4 million out of on-sales amount $4.3 billion from the mobile games. With the wide portfolio this year, Nintendo is expecting to hit $6.7 billion by March 2018. We are keen to witness that the company’s move on mobile games would bring a decent payoff.