Oculus Rift is one of the earliest pioneers of Virtual Reality in the market. Also known as Facebook’s ‘$2 billion baby’, Rift happens to be one of the strongest VR contenders fighting neck-to-neck with leading rivals like HTC Vive headset and Gear VR. 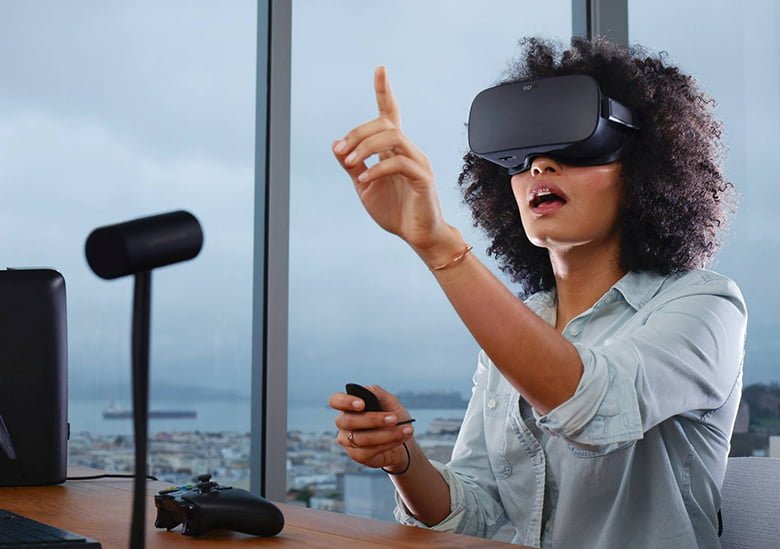 Oculus turned the wave of favors in its direction long before it was actually launched. All thanks to its shrewd owner – Facebook CEO Mark Zuckerberg. His brilliant marketing tactics made the device a household name.

Everything remained fine for Rift until HTC Vive headset developer version was released. The Taiwanese giant surprised everyone by coming out as the fiercest nemesis of Oculus. Though Oculus is fantastic, it stands nowhere near the powerful system of Vive. And, to say, the Facebook-owned subsidiary was aware of this since a very long time.

This is why as soon as both the dominant players entered the market, Facebook smartly loaded restrictions for HTC Vive users to keep itself safe in the competition. The company introduced software locks, which kept individuals from playing VR games, which are exclusively made for Rift, on competitor’s device.

The restrictions for HTC Vive users were applied after VR aficionados made “REVIVE” software, which allowed VR gamers to port Rift games to HTC Vive.

Before its March launch, the Facebook-owned subsidiary collaborated closely with numerous developers and studios. This was to ensure that during the time of launch, there remains a significant amount of games available in the library for Rift headset owners.

The Revive software, which was released in April, allowed users to export these games to Vive. Shortly after the release, Facebook thwarted Revive by updating the core of Oculus’ software to ensure whether a Rift headset was used for playing Oculus VR games. Adding more to the surprise, Palmer Luckey completely opposed the decision taken by Facebook, but of course, it’s either Zuckerberg’s way or the highway. The decision was heavily criticized by VR headset owners. But, Facebook CEO Mark Zuckerberg was adamant on his decision to not let the users of any other virtual reality gadgets play the Oculus Rift exclusive games.

Eve: Valkyrie, Defense Grid, Keep Talking And Nobody Explodes, Chronos, and The Climb are the top five best games of Oculus Rift as voted by critics and gaming aficionados.

Now, it seems, in order to expand its growing popularity and come out as a user-friendly, Oculus Rift has released a software update. According to this update, the software locks have been removed, thus stripping off the restrictions for competitor’s device users.

The developers of “REVIVE” admit they’re still in a state of sheer shock and disbelief since they heard about the Oculus’ decision.

It looks like Facebook-owned subsidiary is finally trying to mend its mistake as the company has decided to remove locks, which worked as restrictions for HTC Vive users. Maybe this is a marketing strategy of Facebook. Everyone knows that Facebook never works for free. If the company has decided to remove the locks from the software, then very soon they’ll start charging for games if possible. One way or other, they’re going to earn the money.