Oculus Quest Price and Specs: the best from a gaming VR headset in 2019

Oculus Rift was a ground-breaking device in the VR space when it was first released in March 2016. And it became clearer that virtual technology, which caught the world’s biggest attention in 1994 after Nintendo and Sega delivered their 3D gaming glasses, would truly transform how we interact with computer graphics.  We have a new of its kind in the hood – the Quest and I can tell you right away that Oculus Quest price is the most exciting part of the device launch.

It’s no surprise that Oculus is behind yet another VR headset that would mark a new level of virtual reality experience with its budget-friendly Quest. Oculus’ parent company Facebook has finally announced the $400 Oculus Quest release date. The device will be shipping with an updated model of Oculus Rift on May 21st, ushering in a new wave of VR enthusiasm in 2019. 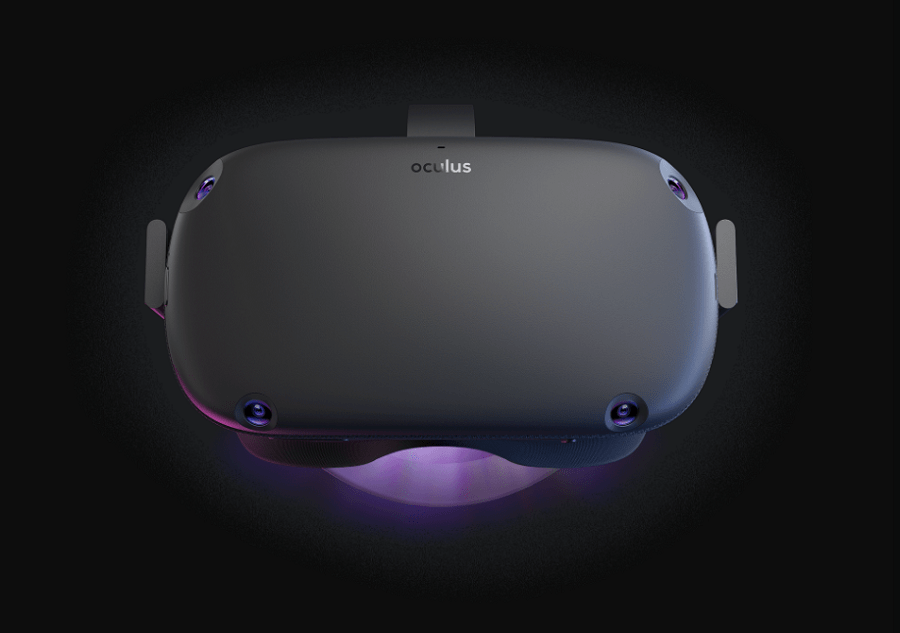 The Oculus Quest standalone design looks a lot like Oculus Go the Facebook acquired company released last year. And of course, the strictly gaming Quest doesn’t connect to either phone or PC. Unlike any other headset from Oculus, Quest has dual hand controllers and features four wide-angle tracking cameras. This allowed me to move within a relatively large space without minding wires. Interestingly, Quest supports shooter Robo Recall, the Saber, rock-climbing title and other popular experiences on Rift.

On the design, the company maintained the original minimalist aesthetic nature of the Rift. A black fabric serves as its body covering and head straps in three places. Though the increased Quest’s weight tends to present a less comfortable experience, the head straps work well to lessen the pressure felt. I was able to adjust the distance between lenses with ease using a slider provided.

Fans would be disappointed on the Quest specs, but not quite a lot. The Quest comes with a 64GB or 128GB of storage and a Qualcomm Snapdragon 835 mobile chipset borrowed from 2017 design. A grave downside but it’s fine and doesn’t make the device less power. The internal OLED panel prides a remarkable resolution of 2880×1600 and the system features six-degrees-of-freedom (6DOF) 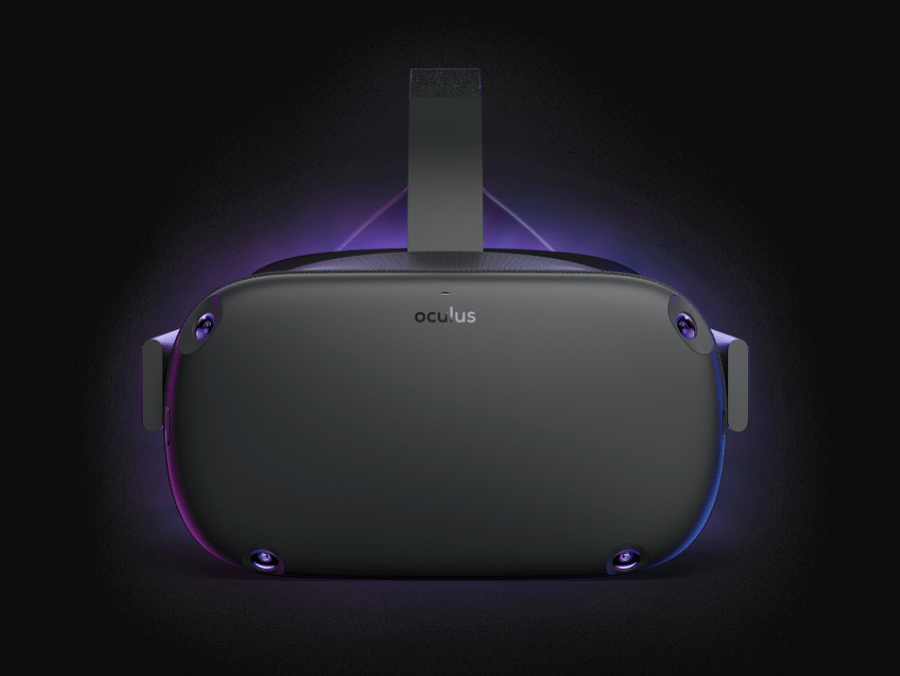 The Quest finishing includes features like a power button, a USB-C charging port, and a volume rocker. I got a little more than two hours while playing games. That means the battery is built to last between two and three hours. Two hours of nonstop gaming is not bad but most people would find it disruptive to always break for a charge. An external battery pack would be nice but that will also mean additional weight which will tamper the comfort level. In addition, could inflate the Oculus Quest price.

The thick convex front panel on the Quest makes it notably heavier than the Rift and there is absolutely no need for a gaming PC since it’s completely wireless. These visible improvements in the Quest are massive ones and allow for ease usage and mainstream appeal.

For all the years I used the tethered VR, I occasionally trip over the cables or even twisting them around my feet accidentally. Also, the fairly inconvenient location where my desktop computer lives limits my ability to use the Oculus Rift, like I’m in a small cage. However, the Quest has resolved both issues effortlessly. Exploring the Quest-style inside-out wasn’t completely a rosy experience tracking other headsets, but Quest comes with a new system that works just fine.

The headset’s cameras detect your boundaries quite well although it doesn’t detect a wandering object such as pet or a child in your playing space. However, the cameras are quite helpful in mapping out your play space. The usual VR calibration requires users to trace room boundaries by walking around, but you can paint virtual lines on the floor with the Quest headset once you put it on. The Quest allows a maximum play space of 25 x 25 feet and would not permit anyone to draw boundaries beyond the specified boundary.

Oculus made a slight adjustment in the new touch controllers to further tweak the Oculus Quest Specs. The tracking strip was flipped from below the hands to somewhere above the hand where it can be accessed by the head-mounted cameras. The device basic controls are still intact; the two face buttons, the analog stick on each controller and the dual triggers are all the same. However, the analog stick was moved upward, and because Oculus has eliminated a capacitive Touch panel that detects the position of user’s thumb, we now have a narrower controller’s face.

With the new changes on the Quest, there is still an old issue that resurfaced. I noticed the Touch controllers froze when I knocked them together unknowingly. The same thing repeated when I struck a piece of furniture accidentally. At these two occasions, I had to remove the AA batteries and put it back in order to reboot the system. Oculus confirmed that it is aware of the problem and promised that by launch date, a software fix should be ready. 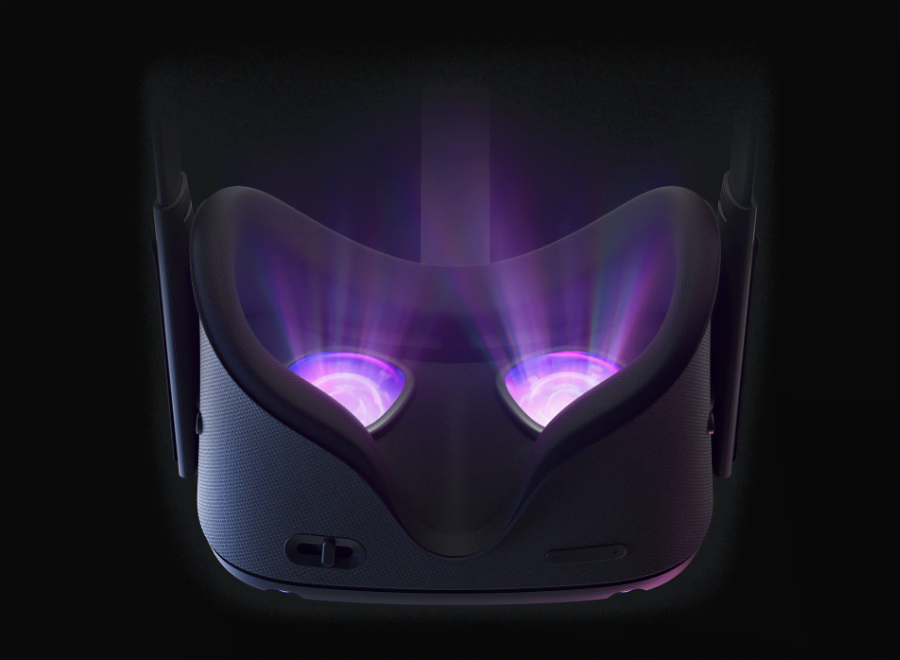 Based on the seemingly aggressive efforts by Oculus, it’s clear that Mark Zuckerberg’s plan for Quest is to get over a billion persons into the world of virtual reality. However, these efforts haven’t really produced the desired result. The Quest is yet to have a Switch-style mainstream appeal. Well, as a new $400 VR headset released in 2019, the Quest is as sophisticated and convenient as expected, but it still hasn’t provided the solution to all the clunky and socially awkward problems noticed in VR generally. The increased weight of the device has often time caused me to develop a throbbing forehead after some gaming sessions but it won’t be a deal breaker. One can get used to it over time.

Having tested the Oculus Quest for a week now, I can comfortably say on a general note that the Oculus Quest Price is not just the biggest deal. The Oculus Quest is really the beginning of a truly wireless VR era and the experience is worth it. However, with Oculus describing the Quest and Rift S as the final phase of its first generation of VR, we can only wait and anticipate what the second generation of VR will offer.

For Facebook, the Oculus Quest release date is perfectly timed. Competitors in the gaming space like Sony, Nintendo and Microsoft are having new pricey consoles on the radar this year. For gamers willing to spend roughly $400 per year for a new gaming device and those willing to pull through with the few lapses mentioned above, you are advised to place Oculus Quest preorder now to begin the experience early enough.