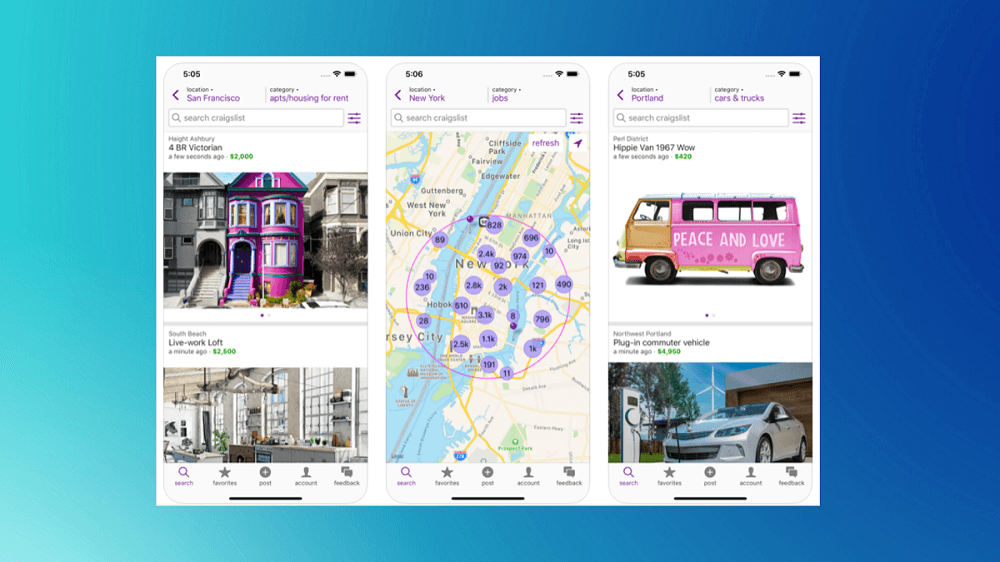 Craiglist, the classified ads website, has finally decided to launch its mobile app. The Craigslist app is now available on the Apple app store for iOS customers and is in the beta form for Android on Google Play store.

The Craigslist iOS app is minimalist, similar in design and functionality to its web format and has climbed up to number six on Apple’s shopping chart.

One can browse through the various categories listed from jobs to houses, furnishings, and furniture, a place to stay or meet, post ads, edit, renew, set search alarms, etc.

Earlier, many third-party apps like CPlus and Postings had cropped on the app stores to help people navigate Craiglist.

The Craiglist iOS app has got 4.4 ratings from reviewers on the app store.

The Good Stuff! Apps for Craigslist


“No longer do we have to use 3rd party apps that we’re trying to do what we knew (Craigslist) could do themselves. Good job!” wrote one reviewer in the Apple App Store.

The Bad! Apps for Craigslist


Some reviewers found the layout and design of the app old school.

Moreover, there were concerns about its security and compatibility with all Apple devices.

“Craigslist hasn’t changed anything in like 20 years,” one review reads. “If it wants to stay relevant it should adapt and change,” writes the New York Post.

Reviewers were disappointed that the app did not improve on the online presence of the website. There was no authentication to establish the credibility of an ad, nor any ways to find redressal from any customer service.

Craigslist was launched in 1995 by San Francisco based Craig Newmark. He was in the news recently for making a $1.5 million donation to a non-profit organization for training US journalists in fighting fake news and disinformation.

Whatever the initial problems with the app, it is well in time that Craiglist catches up with the app world with its own mobile app. People can now go to the real Craiglist listing app rather than relying on third-party apps.