OnePlus 11 Release: Hit the China Market with Fire, Coming to the US Soon

Probably the most awaited Android flagship in recent times, has already hit the China market and is likely to boss the global market very soon, as it is coming to the US shortly.

The term ‘OnePlus 11 Release’ has become one of the most frequently searched phrases in recent times. Not only the OnePlus loyalists but also smartphone maniacs and tech savvy people in large, are hitting their keyboards with this particular catchphrase. In fact, frantic searches for terms like ‘OnePlus 11 Launch’, ‘OnePlus 11 Features’ and ‘OnePlus 11 Price’, are surging by leaps and bounds.

OnePlus, the consumer electronics manufacturer headquartered in Shenzhen, Guangdong, China, happens to be a subsidiary of Oppo. For the uninitiated, just a couple of months back, Oppo and OnePlus shook the entire tech world with a thunderous announcement. They declared that in order to unlock the next level, they are inking a unique strategic partnership. OnePlus’s parent company, Oppo, revealed that it would invest a staggering $1.43 billion in its subsidiary, OnePlus, over the course of the next three years.

The move was indeed extraordinary and had massive ramifications, as expected. Thanks to this massive boost, the developers at the Shenzhen-headquartered company got the wings to fly sky-high, without any worry. The pace of work for an array of projects increased astronomically and very soon productions started to roll out in full swing. Everyone involved out there, got a revitalized zeal and renewed enthusiasm and OnePlus geared up for its clash cut out in 2023, with literally all guns blazing.

The challenge seems an ultimate one, as OnePlus faces a stern challenge with some of the best in the business being lined up with the upcoming release of their top-notch smartphones. But the Shenzhen-headquartered power player seems to have enough firepower in its arsenal with its next-gen Android flagship, OnePlus 11 spearheading its attack.

With the phone already available in China and coming to the US shortly, let’s delve deeper with it.

The year 2023 looks really exciting with an array of stunning smartphones slated to release throughout the year. Over the period of the next twelve months, we will be witnessing the launch of several top-class phones. From new models in some of the most iconic series, to newbies who are all-set to make dream debuts – there’s so much action-packed thrill in-store. 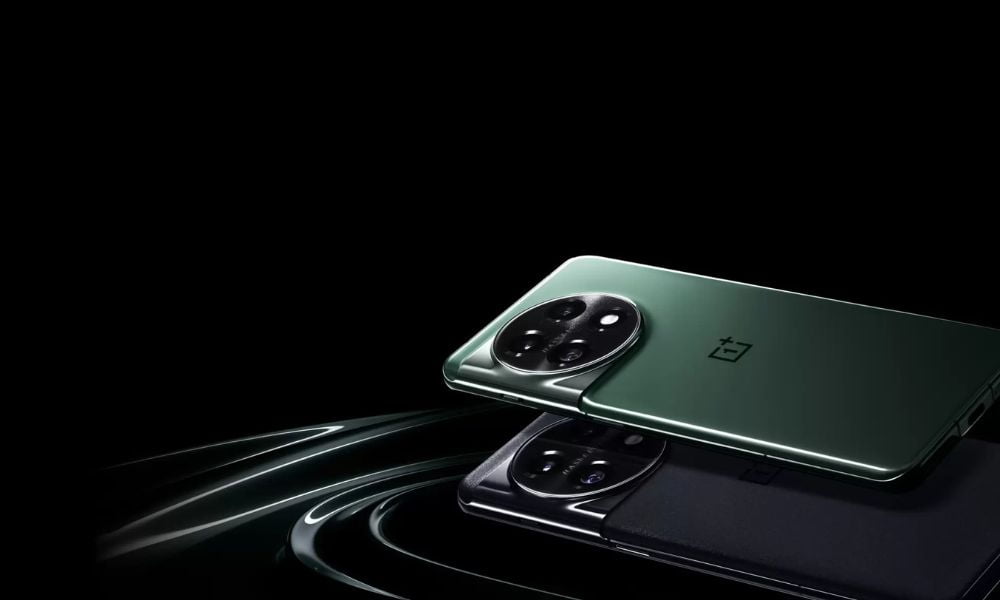 When it comes to performance, the OnePlus 11 seems like a beast, courtesy of the electrifying presence of the Qualcomm’s latest high-end processor, the Snapdragon 8 Gen 2. For your information, it’s going to be the first smartphone ever in the history of Android mobiles to pack a Snapdragon 8 Gen 2 chip. [Image Credit: OnePlus]

However, for the time being, all eyes are on the upcoming Android flagship from the Shenzhen-headquartered OnePlus. It is undoubtedly one of the most awaited smartphones of the year. Going by the latest updates, the year couldn’t have given OnePlus a better start than this. Last year went on to give the company laurels, accolades, returns and above all, credibility, with both hands. Its OnePlus Nord Watch simply stormed the Android smartwatch market and set it on fire.

Pretty recently, the OnePlus 11 hit the smartphone market in China and so far as the latest reports are concerned, it’s just wrecking havoc throughout its home turf. And though it doesn’t come to us as a shell shock or an utter surprise, the flagbearer of OnePlus’ rich legacy of Android flagships, the freshly minted OnePlus 11 has managed to tear apart the pre-order sales’ charts.

Li Jie, President of OnePlus China, was absolutely elated to inform the media that the OnePlus 11 has broken pre-sales records for the brand within only two hours of the OnePlus 11 release in China. For your information, technically speaking, the first actual sale will not take place before January 9, and Li Jie stated that at this rate they assume it will turn out to be a grand success. The OnePlus China think tank is expecting a huge number of OnePlus 11 models to be bagged in a matter of minutes, and they have to put up a  “sold out” notice soon afterwards, in close adherence with the Chinese market.

Is the OnePlus 11 a gem of a smartphone that doesn’t possess a chink in the armor? The answer is NO. It’s a story of hits and misses. However, the Pros are too good to be overshadowed by the Cons. Now let’s have a quick look at the hits and misses of the latest Android flagship offering from OnePlus.

Now let’s go through detailed specifications of this monster of an Android flagship smartphone.

This has become one of the most burning questions on the leading social media platforms and the tech community portals. In a first in years, we haven’t yet seen or heard any sort of announcement about a Pro version. Last year, the OnePlus 10 Pro did wonders for the Shenzhen-based tech-giant, alongside the OnePlus 10T.

But this time, we are only getting to see the OnePlus 11. Though, some rumors and leaks suggested that there could be an OnePlus 11 Pro, on the same lines of the earlier versions, it seems that it could well turn out to be an exception this year.

Even of late, Li Jie, President of OnePlus China, was reported to have dropped significant hints about the omission of a Pro version in the swashbuckling OnePlus 11 line up, while engaging with a user on a social media platform.

Taking every aspect into consideration, it appears pretty clear that we might not see a Pro this time. Especially, the fact that it has already launched in China without a Pro variant, strongly indicates the same direction.

Shall I Go for the OnePlus 11?

If you are planning to buy an Android flagship then we can surely go for the OnePlus 11. It’s already rocking the scenes in China, as the next-gen Android flagship has driven people crazy. Even if you are outside China, then also there’s no point in worrying because the OnePlus 11 Launch is going to happen in the US in early February, in all probability.

When it comes to performance, the OnePlus 11 seems like a beast, courtesy of the electrifying presence of the Qualcomm’s latest high-end processor, the Snapdragon 8 Gen 2. For your information, it’s going to be the first smartphone ever in the history of Android mobiles to pack a Snapdragon 8 Gen 2 chip.
With a superb 6.7-inch 120Hz OLED display that opens up an amazing visual experience altogether, you are more than good to go. Moreover, there’s nothing to worry about power, as the OnePlus 11 is well-equipped with a full 100W charging facility, which takes care of almost everything.

In a nutshell, the brand new OnePlus 11 manages to tick nearly all the important boxes with effortless ease and it could be priced around $899. Only the other day, the OnePlus 11 release happened in style in China in an event named Cloud 11 and the whole world is eagerly awaiting its global release. Interestingly, OnePlus has branded its new flagship with the catchline, Witness the Shape of Power. If the budget is not an issue, you should surely go for it.

What Are the Alternatives?

There are a couple of more than decent if not excellent alternatives in the market, like the Galaxy A53 and the Nothing smartphone, along with the Huawei Enzoy 50z and the Samsung Galaxy S22. Moreover, this year itself, we are going to have a host of new smartphones that are simply out of the world, in the flagship segment. You can have a detailed look in our list of Upcoming Phones 2023, which also features the OnePlus 11.

Is the OnePlus 11 available in the market?

The OnePlus 11 is now available in China and coming to the US market very soon, most probably on February, 7.

How much would be the price of the OnePlus 11?

OnePlus 11 Release Date Finally Near, Excitement in the Air