The new OnePlus smartwatch is probably the coolest budget smartwatch you can have at the moment.

OnePlus Nord Watch review? Yes, that’s certainly one of the most frequently asked questions of late. The popular social media platforms and other leading community portals are simply flooded with posts around it. It seems that the tech savvy people have gone absolutely crazy about the much awaited new OnePlus smartwatch.

OnePlus happens to be a well-known brand when it comes to smartphones. It has a strong, wide consumer base, globally. The Shenzhen-headquartered company also manufactures earbuds and headphones, which have managed to make a mark internationally.

Last year it tried to break into the global smartwatch market which is largely dominated by Apple and Samsung. Sadly, the 2021 OnePlus Watch not only failed to live up to the sky-high expectations but had to bite the dust. This handed the company a severe blow, which forced it to incur a massive financial setback apart from a huge face-loss. 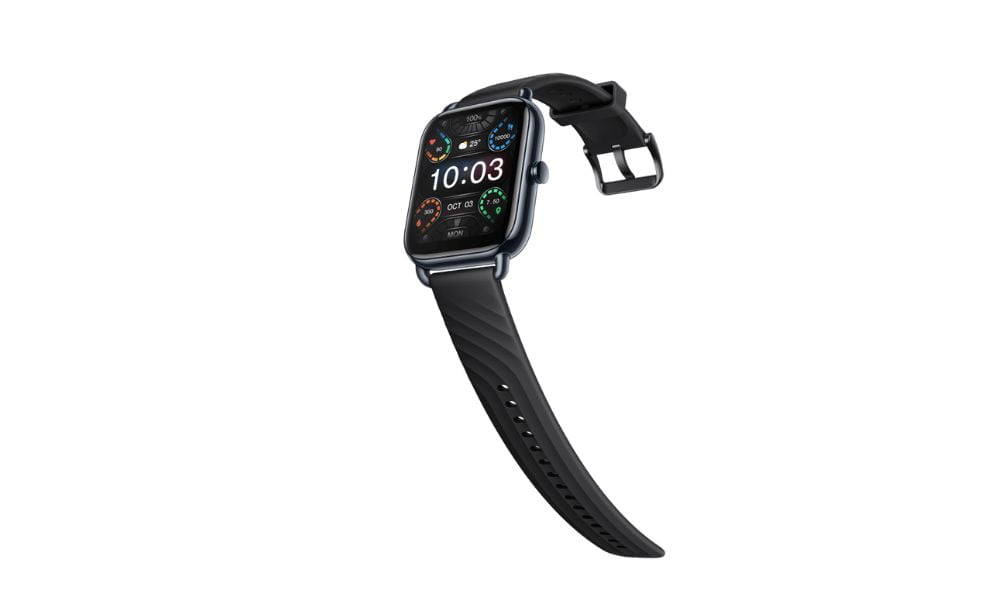 The new OnePlus smartwatch possesses a jaw-dropping 4.52cm (1.78″) AMOLED Display, something which immediately allows it to move to a different pedestal altogether. [Image Credit: OnePlus]

Therefore, OnePlus didn’t want (nor were they in a condition to afford) to take any risks with the new OnePlus smartwatch. They took ample time and left no stone unturned to ensure that it turns out to be a massive upgrade over its predecessor and helps the company to restore parity.

Now, when it’s finally out and up for grabs worldwide, we are just spellbound by the OnePlus Nord Watch features. For, they look over the top considering the device’s pocket-friendly price.

Too Many Aces up Its Sleeve

The first and foremost thing that should be highlighted in this OnePlus Nord Watch review, is the fact that it’s extremely affordable. Though the price-tag of the cool wearable in the US market has not been declared yet, it’s expected to be way lower than the previous edition, which costs you $159.

The main reason for this assumption (not speculation) has strong grounds. In India, the device has been already released and the pocket-pinch is just ₹4,999, which converts to a mere $60.57. This gives it a terrific edge against the fierce opponents in the extremely cluttered global smartwatch market.

The new OnePlus smartwatch  possesses a jaw-dropping 4.52cm (1.78″) AMOLED Display, something which immediately allows it to move to a different pedestal altogether. In addition to it, there’s a 60Hz Refresh Rate, which brilliantly complements the former.

For the millions of fitness enthusiasts around the world, the new OnePlus Nord Watch is a dream wearable cool gear. It offers as many as 105 Sports Modes to choose from.  Moreover, you can move freely as there’s IP68 rating, which means splashes of water or a brush with dust would be neutralized with effortless ease.

You can enjoy seamless connectivity courtesy of Bluetooth 5.2. On the other hand, the option for Fast One-tap Measurements is a massive value addition. The impeccable trio of 368×448 Resolution, 500 nits Brightness and 70.7% Screen-to-body Ratio, is indeed a rarity.

The new OnePlus smartwatch is available in two color options: Deep Blue and Midnight Black. Most importantly, after a single full charge you can be rest assured with a 30-day Standby time.

One must take note that even Google with its Google Pixel Watch, whose functionality has been enhanced to a great extent thanks to the latest Pixel Feature Drop, is finding it difficult to generate more than decent sales.

OnePlus too, found the task to be a hard nut to crack last year, as its 2021 model led to a disastrous start for the tech power-player in the smartwatch market. But the new Nord watch can really turn out to be a surprise package for the big guns of this domain.

It’s really cool, comes with a host of next-gen smart features and unlike the ones from Apple or Samsung, doesn’t burn your pocket. It’s currently enjoying a dream run in the Indian market and likely to set the US market ablaze very soon. We will have a close monitoring on how it fares with the passage of time and if it finally manages to tweak the dynamics of the global smartwatch industry and will keep you posted with exclusive updates.

What's the screen size of the OnePlus Nord Watch?

The new OnePlus smartwatch  possesses a jaw-dropping 4.52cm (1.78″) AMOLED Display, something which immediately allows it to move to a different pedestal altogether.

Is the OnePlus Nord Watch waterproof?

It comes with IP68 rating, which means splashes of water or a brush with dust would be neutralized with effortless ease.