Online gaming is one of the biggest industries in the world. More than 2.5 billion people played mobile games in 2019, and mobile games are only one part of the overall video games that were played in 2019.

With the rise of video games’ popularity, we now have many types of video games and many types of devices that provide the gaming experience. You can play games on a PC, laptop, mobile phone, gaming console, or virtual reality set. No matter which device you choose, you can be sure that the right video game will hold your attention for a long time. 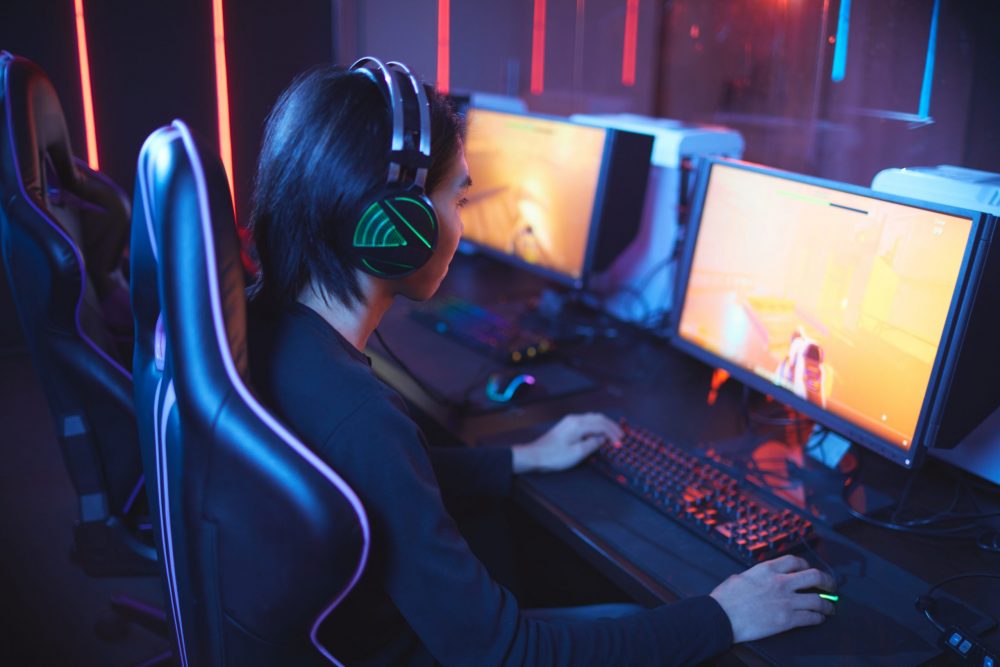 The global gross revenue is predicted to hit $196 billion by the year 2022.

The Story of Gaming

First video games were developed in the 1970s when consoles like Fairchild Channel F, Atari 2600, Bally Astrocade, and Magnavox Odyssey were available to the players. These devices were very complex, but the video games were simple and amusing.

The main concept of the gaming experience was to make the games easily accessible. The games were part of the consoles, and they did not depend on external or removable media.

Also, the games were based on simple symbols like dots, lines, and boxes. You could play the games only on one screen, and color graphics were very basic.

Later on, you could play the games with numerous players on one console, which was available thanks to the ROM cartridges that stored games. We also had an AI simulation that mimicked a computer-based opponent. This solution added much dynamics to the games.

The rise of the 1980s’ devices brought some spectacular devices, like Nintendo’s Game Boy,  which happened to be the best-selling handheld gaming device for the next two decades.

In the 1990s, the game industry developed in different aspects as the internet became part of many households. Graphics and entertainment achieved another level and video games became part of the mainstream culture.

At the beginning of the new millennium, in 2004, the World of Warcraft was launched and it reached more than 10 million subscriptions. In 2009, Minecraft was launched, and an astonishing number of 176 million copies were sold worldwide.

In 2016, the world-famous augmented reality game Pokemon Go reached the number one place in the gross revenue in the first month after the release. In the year 2019, the global revenue of video games was $152 billion.

The main video game devices nowadays are divided into three categories, like mobile gaming, console gaming, and PC gaming. The first option, mobile gaming has become hugely popular in recent years. It is the largest online gaming segment because it was producing $68.5 billion in revenue in 2019.

By the predictions, the global gross revenue is predicted to hit $196 billion by the year 2022. With the advancements of technology, we will be able to see the bright future of video games, and this industry is in constant development.

Video games are part of our lives today, and many players online and offline are eager to see what’s next. Many companies are working on new solutions and these companies want to give a personalized experience to each player.

With AI advancements, we will witness the future of video games where the elements are so real that we will not be able to distinguish them from reality. Artificial intelligence and recent technologies prepare the experiences that will hit the players with interesting and powerful solutions in the future.