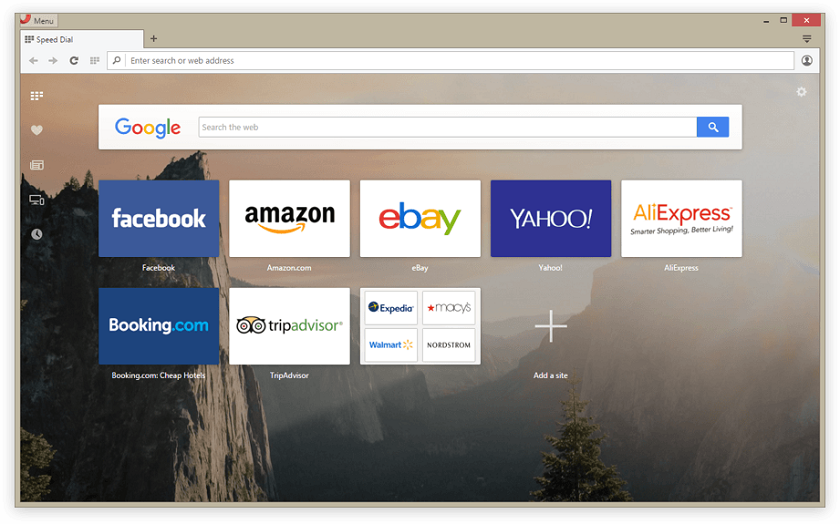 Opera Software is rolling out an update to its desktop browser with a free integrated VPN service.

The built-in VPN functionality can be accessed by a single click through a toggle in the address bar, making it one of the first mainstream browser makers to offer this.

After users turn on the settings menu, they’ll be allowed to switch between virtual locations. The browser will show other information like if the IP is exposed and check how much data has gone through its VPN servers.

Users do not even need to sign up for an account to toggle the feature. The developer release that’s available offers three options such as US, Canada, and Germany. The company says it will eventually include more countries in the browser’s stable version.

The VPN offers a pretty good 256-bit encryption level similar to those features found in paid services. Users will be able to hide their IP addresses and access blocked sites. Currently, the function is only available in its developer version of the desktop browser, and not in the other versions like mobile.

The VPN built-in functionality is largely because of the company’s SurfEasy acquisition in Mar. 2015, which until now had given its VPN client as a freemium extension, providing a free tier of service, and charging if user depletes more data.

VPN does make sense in the Norwegian company’s long term strategy for the emerging markets, where the fastest growing base resides. Though a major browser maker, the company’s market share has been in decline over the years. In comparison to Google Chrome, which holds the top position with 60 percent market share worldwide as of Feb 2016, Opera only has 2 percent global market share that puts it at the bottom of the major players, behind Apple Safari, Microsoft Internet Explorer and Mozilla Firefox, in ascending order. That’s partly because the third party browser is not a default operating system browser, like Internet Explorer or Safari, neither is it associated with popular services like Google’s.

For instance, the company’s smartphone browser, Opera Mini is specifically marketed for its page-compression ability. First, it goes through its servers to be compressed to up to 90 percent as claimed before going to the user’s phone. This particular feature is appealing to the emerging markets, where lower end phones can struggle with heavy site.

According to Krystian Kolondra, Opera’s senior vice president, the company has an estimated 350 million users, of which India is its biggest market with nearly 50 million users, followed by 30 million in Indonesia and 27 million in Russia. It also counts a few million monthly active users in China, though state censorship and nationwide firewalls pose a challenge to users in several rapidly growing markets in Asia.