The official sequel to the smash-hit Overwatch game, has already turned into a trending game.

The immensely popular Overwatch franchise started its journey in 2016 and right since its inception, there has been no looking back for this action-packed game developed and published by Blizzard Entertainment. Now, with the second part wreaking havoc across the global gaming community, people are more than eager to have a detailed Overwatch 2 review.

People invested hundreds of hours into the first ever Overwatch saga and they couldn’t wait for the Overwatch 2 release date to arrive, since the official sequel was announced by Blizzard Entertainment. Though the initial Overwatch 2 feedback are quite positive, the gamer in you must be frantically searching for an extensive Overwatch 2 review before settling with it. So, here we go!

Overwatch: Simply Over the Top

The first-person shooter of multiplayer video game mode, made it to the top of the trending charts, globally, right after its release in 2016. Belonging to the team-based action game genre, Overwatch remains one of the most widely celebrated gaming franchises in the world, even after six years of its arrival in the international market. Its breathtaking visuals, boosted by the luminous presence of brilliant animations, have continued to strike a chord with gamers, over the last few years.

To be on trending for such a long time as Overwatch and maintain its position as one of the most talked about first-person shooter game with multiplayer options, on the leading social media platforms and gaming community channels, is quite a phenomenon. It goes without saying that its developer and publisher Blizzard Entertainment deserves a huge round of applause for accomplishing such a rare feat.

The much-awaited sequel to the blockbuster Overwatch game, appears even more exciting thanks to a host of new in-game features. [Image Credit: Xbox]

Overwatch 2: No Room for Error

The sky-high Overwatch 2 ratings are enough to raise the eyebrows. But if we have a close look at the second chapter of the steaming hot Overwatch series, then they seem quite obvious. The speed of this new action-adventure voyage separates it from the sea of first-person shooter games and puts it on a different pedestal altogether. With a wide range of new features, the thrill has got almost doubled.

The endless Overwatch 2 reviews, which are now floating across gaming community channels and various social media platforms, speak volumes about it. Out of the array of new in-game perks, Overwatch 2 Golden Weapons are absolutely running riot through innumerable game stations throughout the planet. These are the tools that dreams are made of, so far as the die-hard Overwatch fans are concerned. Overwatch 2 feedback focus on them a lot as they are capable of giving you the ultimate edge over your opponents at the crucial moments of defining matches. Though unlocking Golden guns is not an easy-peasy affair, our guide on ‘How to Get Golden Weapons in Overwatch 2?’, will make it a simple cakewalk. 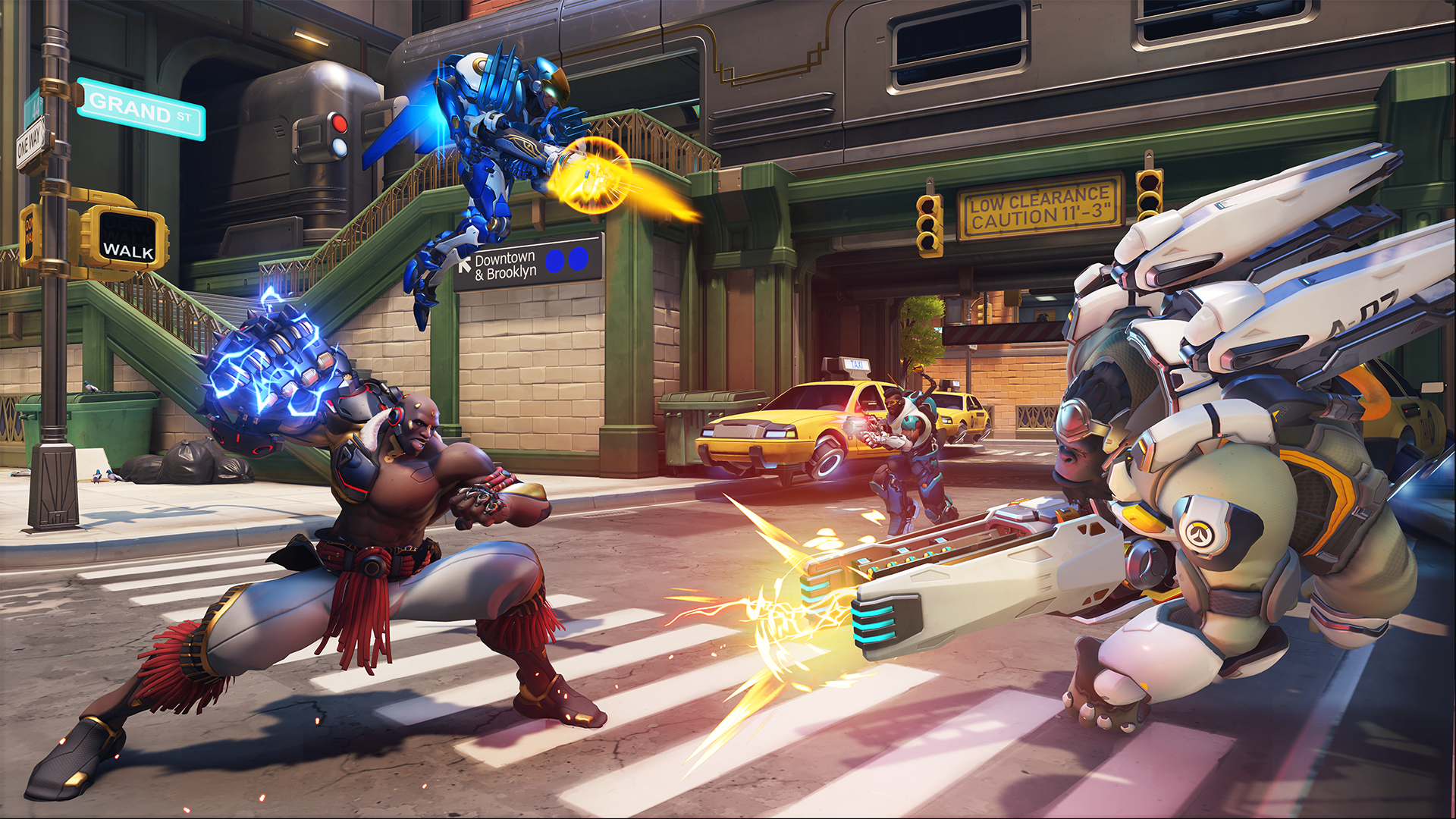 The Overwatch 2 release date was October 4, 2022, and it’s already at the top of the trending charts. [Image Credit: Blizzard Entertainment]

Watching Over and Over Again

Thanks to games turning into even murkier 5v5 battlefield brawls, it seems that Overwatch 2 is nothing but all hell let loose. When it comes to role playing, you have now more exciting options to choose from. And quite obviously, most of the Overwatch 2 reviews are all praise about this particular change. From time-jumping freedom fighter and beat-dropping battlefield DJ to one of over 30 other unique heroes, you can fill in the shoes of any of these heroes in the second segment of Overwatch. That’s the reason why Overwatch 2 feedback are filled with so much passion and utter exhilaration on Discord and Twitch. If you are checking about Overwatch 2 availability, it can be played on PlayStation 4, Nintendo Switch, Xbox One, PlayStation 5, Microsoft Windows, Xbox Series X and Series S.