Every product launch by Apple Inc. is surrounded by a lot of attention from the media as well as the excitement of the customers. When the Apple AirPods was out last year, a lot of time, money, and effort were invested in advertising it right so that it appealed to the millennial generation across the world. The wireless headphones did face criticism by various tech experts, despite this Apple fans acted as loyal customers. A major reason behind this is that owning an Apple device has become a status symbol instead of something of utility. The tech giant has decided to take this device a step further in terms of technology.

It has not even been a year since the Apple AirPods entered the headphone market but the company is all set to upgrade it further. Apple recently announced on its blog that it has already received an award of three patents by the U.S. Patent and Trademark Office. One of these three patents will give Apple the liberty to include biometric sensors. These sensors are useful in terms of fitness tracking. It seems that the tech giant would have filed for the patent along with the launch of the headphones. We can say so as it received an approval from the organization earlier this year itself. 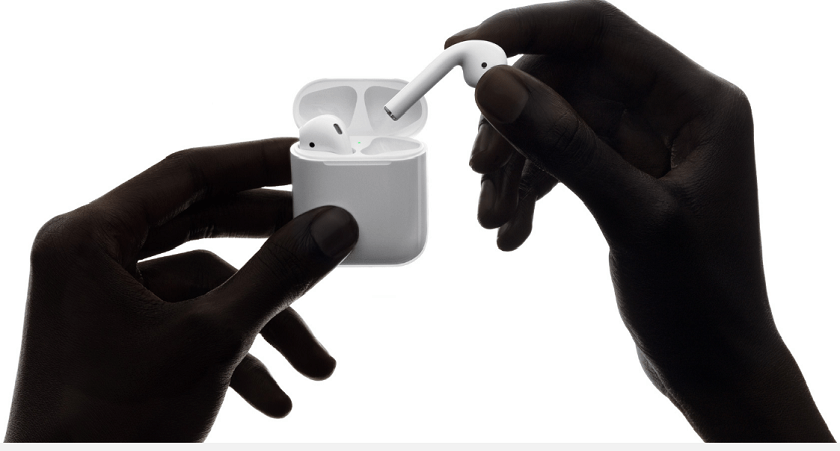 Apple AirPods is all set for its patent upgrade.

Updated features of the Apple AirPods

The launch of the Apple AirPods was a smart move by the tech giant. This is in relation to the fact that the company had already removed the headphone jack from the iPhone 7. Such a move clearly signifies that one has to compulsorily buy the wireless headphones along with the iPhone 7. The whole package of both the devices is an expensive affair. Keeping such factors aside, Apple has been granted a license for 43 patents. The number itself gives us an idea that there are going to be some major tech updates in the company in the near future.

All these 43 patents are not solely dedicated to the Apple AirPods. They are also related to the design of the iPhone 6, graphic rendering, and other such systems. The patent registered under the number of ‘9,699,546’ covers the topic of earbuds equipped with biometric sensing. Even though this move will take the tech game of Apple a notch higher, the company is left behind in the race as its competitors have already installed this technology on their devices.

3 Things To Consider Before Investing in Wireless Headphones

Accessorize your iPhone with these Cool iPhone Gadgets in 2017