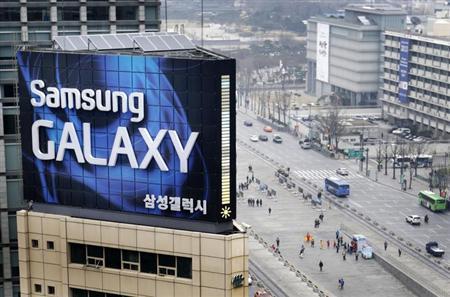 Tech behemoths Nvidia and Samsung finally call a truce as they announce the end of the patent battle. Both the giant corporations got involved in a huge patent war claiming the other to have infringed the rights to its respective technologies.

Nvidia and Samsung settled this two-year long patent war just a few hours before the court ruling was about to arrive. This ruling could’ve blocked the computer-chip maker from importing a few of its products in the United States. The agreement on the settlement of patent battle brings an end to the dispute. Nvidia has announced the terms of the agreement are limited.

“The settlement includes the licensing of a small number of patents by each company to the other, but no broad cross-licensing of patents or other compensation,” it said.

Samsung added: “We are happy to resolve this dispute through a fair settlement.”

The clash between these two giants came out in public in September 2014. Nvidia held a press conference in which the chief executive of the company declared the Android-based smartphone giant was using their graphics technology in its devices for free.

Nvidia CEO Jen-Hsun Huang also said they were suing the company after months of unsuccessful attempts of talks with the South Korean tech behemoth. Just two months later, following the Nvidia press conference, Samsung counter-sued the chip maker. The smartphone maker claimed that its innovations were being used in chips and shield tablets manufactured by Nvidia without permission.

The matter of Nvidia and Samsung was investigated by International Trade Commission and later it was ruled that graphics processors of Samsung have not infringed patents of Nvidia. But this was not the end. Nvidia fell into trouble when the follow-up ruling by the investigators claimed that chips manufactured by the company had violated three patents of Samsung.

Following this ruling, now after two years, the ITC was about to announce its decision regarding Nvidia. Both the companies failed to disclose any further information regarding the deal.

Read Technowize for more articles on Technology, IT updates, and Latest Gadgets.