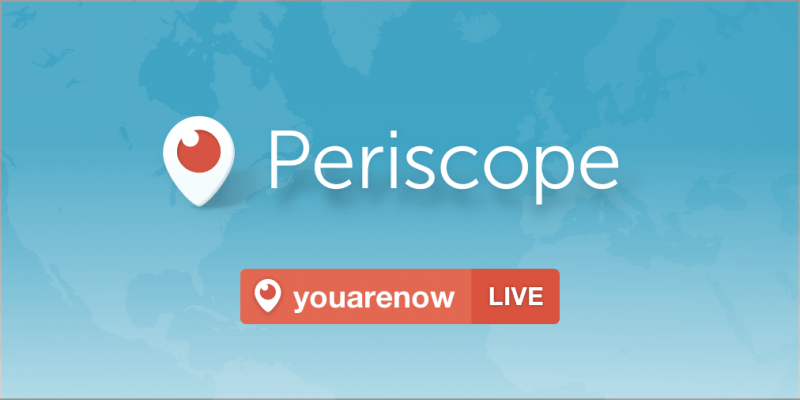 Finally, the much-anticipated feature of Periscope is here. Now you have the option to save Periscope streams permanently. The users and the analysts will witness the huge social battle as Periscope competes with Facebook Live now onwards. Basically, it can be derived as Periscope mimics FB by using the latter’s most powerful feature used by Facebook Live. This move taken by the live video broadcasting platform could make it more appealing to the social stars, communities, and brands.

Periscope CEO Kayvon Beykpour used Periscope to unveil the latest feature. It’s still in public beta phase and seeks user feedback as the developers plan to establish better control to save Periscope streams permanently. The app makers are also offering a choice to decide what should remain permanent as the broadcast ends. The feature will highly appeal the millennials as they’re the ones who always keep fussing around due to lack of ability to save Periscope streams permanently.

Simply include #Save in your broadcast’s title and it’ll permanently save replays of your broadcasts. Certainly, the developers have provided you with an option to delete it later. Earlier, the broadcast streams used to disappear after completion of 24 hours.

Also, Periscope CEO Kayvon Beykpour revealed that active developing controls are under testing for those users who want their streams only to remain only for a shorter period of time. Broadcast streams #Save-d will be visible in the profile of user along with other places where they appear. On the contrary, externally shared links on Twitter will remain permanently active.

Just for you to understand, the feature is in beta. So, do not expect it to function properly just yet. In case, you have some interesting stream worth saving, it’ll be best if you save it on your phone storage for now.

If anything, the feature offers a competitive edge to Periscope over Facebook Live. This fuels yet another war between two social media giants.

Periscope has been a blessing for live broadcast seekers, but until now it had to suffer a major drawback due to its incompatibility with storage feature. This incompatibility for Periscope, perhaps, has been working as a chip on Facebook’s shoulder until recently. Now after the launch of public beta phase, whether the audience will embrace Periscope and desert Facebook Live is a question, which so far, has no answer.

Read Technowize to explore more articles on latest gadgets, technology, and IT updates.