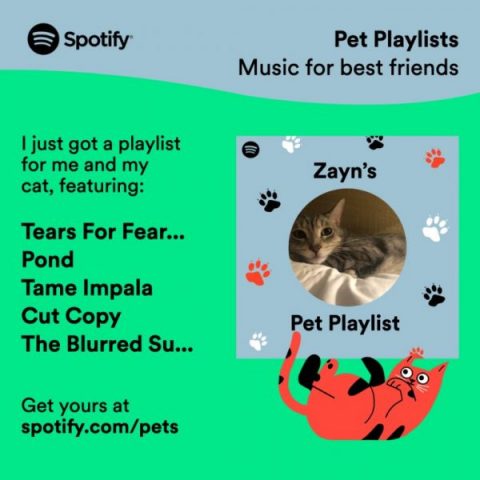 People who love animals and have pets have a special relationship with that being in their lives. They will go to any extent to keep them well-fed, happy and contended. If that involves a bit of music therapy, then so be it.

Catering to these animal lovers is Spotify, which has come up with a unique way to connect with your beloved pet—creating a special playlist to keep them happy less lonely when you are away.

The Swedish audio streaming site with nearly 113 million subscribers has launched varied”algorithmically curated” pet playlists and a new podcast that will calm dogs and other pets left on their own.

The Royal Society for Prevention of Cruelty against Animals has also given its seal of approval to the dog podcast on Spotify but cautions against leaving pets alone too much. Two animal psychologists from Britain who worked with Spotify to develop the podcast said that the ambient sounds or auditory enrichment help the animals to relax physiologically.

A “My Dog’s Favourite Podcast” has been created with the help of animal experts to ‘alleviate stress” is how Spotify describes it. The playlists reflect the music taste of subscribers and their pets. 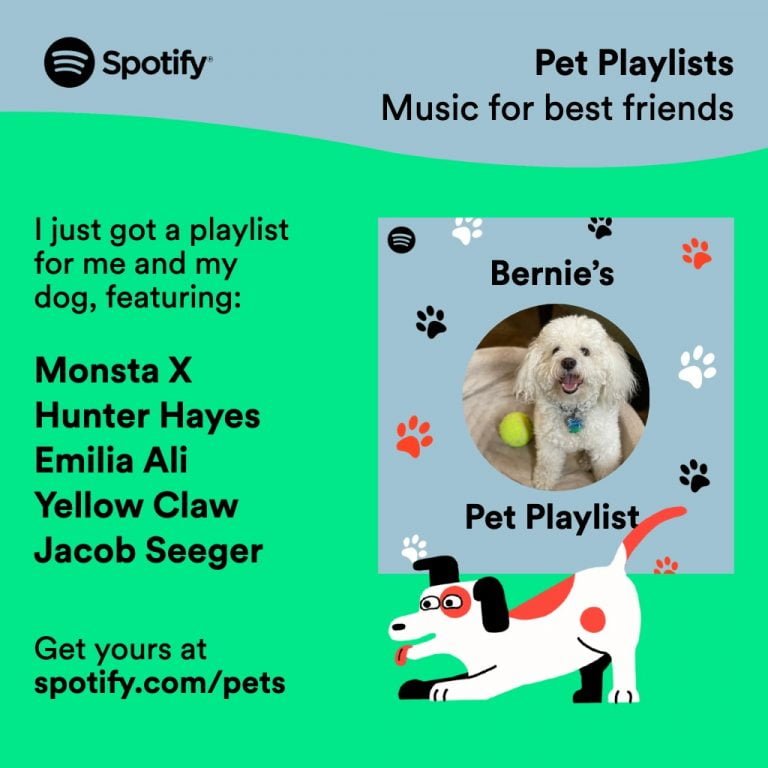 Before launching this niche playlist option, Spotify conducted a global survey of some 500 pet owners from the US UK, Australia, Italy, and Spain. The survey threw up some interesting facts. The owners believe that music helps the pets to relax and reduces stress; it makes them happy and more engaged.

How to make a pet playlist on Spotify: 1. Describe your pet a little. List his or hers likes and dislikes and what it responds typically to, is it relaxed or energetic. 2. You can create a playlist with a photo of your pet on the list. 3. Now you are set to begin adding songs to your list. 4. You can also share the playlist on the platform.

The dog podcast runs for two to five hours. The voice-overs are done by British actors Ralph Ineson and Jessica Raine. They maintain a reassuring and calm tone set to relaxing music and ambient sounds like rain and a crackling fire.

The Royal Society for Prevention of Cruelty against Animals has given its seal of approval to the podcast but cautions against leaving pets alone too much. Two animal psychologists from Britain who worked with Spotify to develop the podcast said that the ambient sounds or auditory enrichment help the animals to relax physiologically.

The psychologists said the Spotify music or podcast would help lessen the impact of “startling sounds of the outside world such as traffic, car doors slamming or the bins being emptied.”